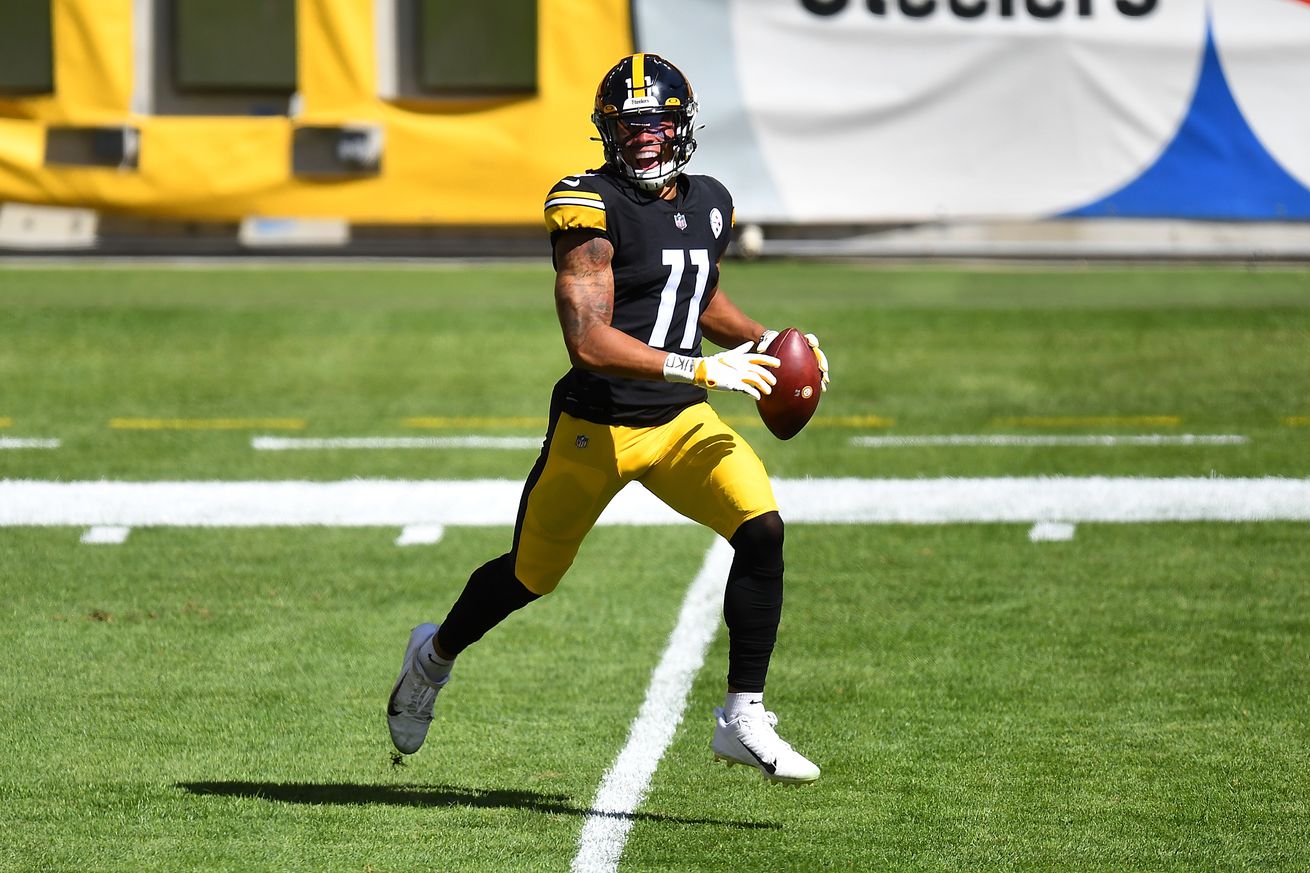 PFF updates their Rookie Power Rankings heading into Week 6, and Chase Claypool has solidified himself on that list.

The Pittsburgh Steelers fan base knows all about Chase Claypool, they have since Week 1. It was Claypool’s nifty sideline catch which is still considered one of the most improbable catches according to Next Gen Stats.

An 84 yard catch and run for a touchdown against the Denver Broncos in Week 2 caught the eyes of many in the league, but Claypool was never considered a top tier rookie. Maybe it was him being drafted in the second round, or maybe it was the fact Claypool started the season buried behind JuJu Smith-Schuster, Diontae Johnson and James Washington on the depth chart?

Take a look at which rookies made the PFF Top 10 rookies, and what they said about Claypool’s performance in the rankings below:

“After showing flashes of what he could become in the first three weeks of his rookie campaign, Claypool finally got the targets he deserved in Week 5 and had a career day. The second-round rookie earned a 90.0 PFF grade for the game, busting off 110 yards and three scores on seven catches and 11 targets. On top of that, he added another touchdown on the ground. Claypool burnt this Eagles defense on numerous occasions, as shown below on this slant when he spun Jalen Mills around on the release for an easy wide-open ball and took it to the house.

“Claypool has picked up 3.53 yards per route run through the first five weeks of play, second among qualifying players at his position. In total, he has a league-leading three touchdowns of 30-plus yards — the rest of the rookie class combined has combined for four. There were 10 wide receivers already off the board by the time Claypool was selected at No. 49, and though it’s extremely early to say definitively, Claypool is looking like a steal.”

Be sure to stay tuned to BTSC for the latest news and notes surrounding the Pittsburgh Steelers as they prepare for the Cleveland Browns to invade Heinz Field in Week 6.