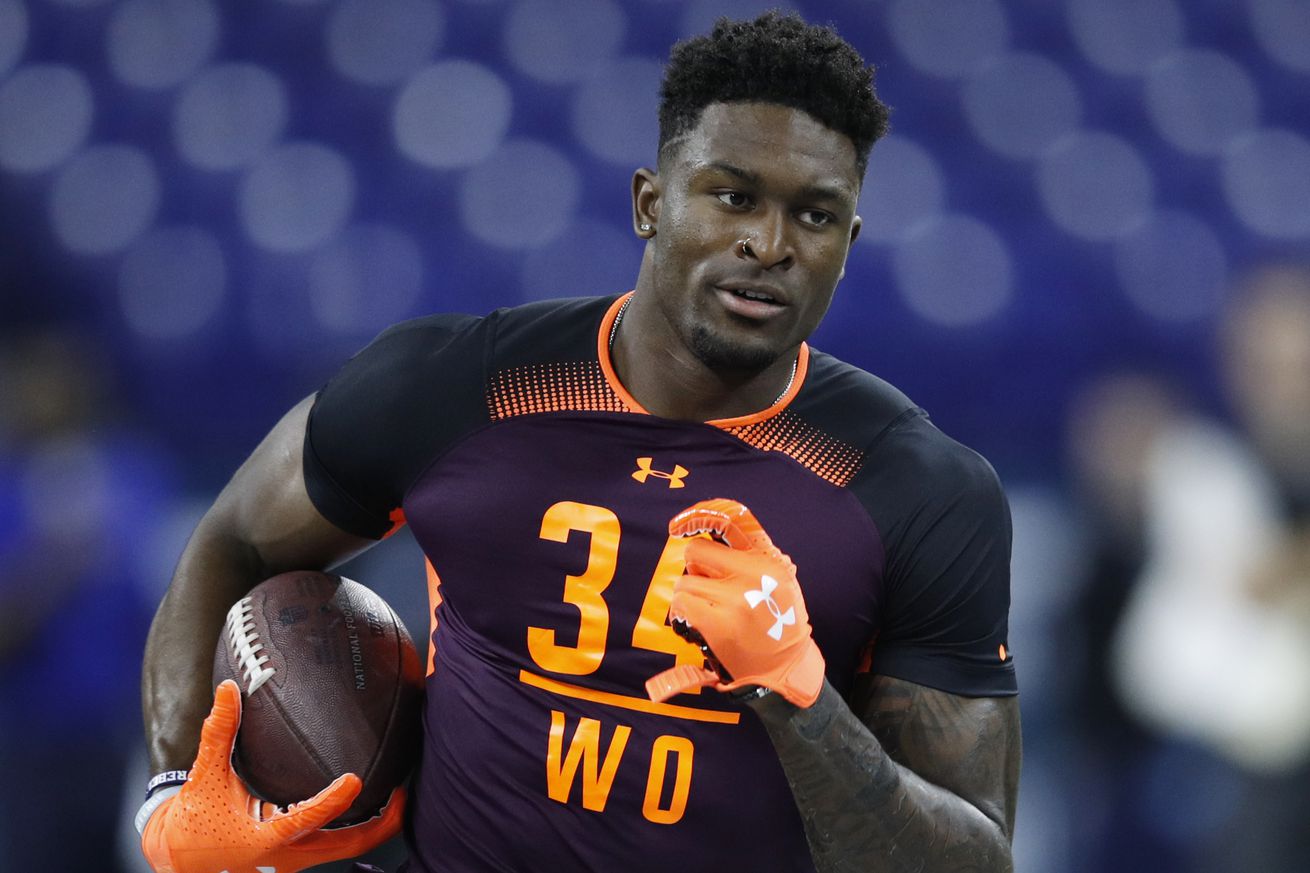 DK Metcalf certainly turned in an effective rookie season with the Seahawks in 2019. But would he have even been given a legit chance to do so without the effective performance he turned in at the 2019 NFL Combine?

It looks like the NFL Network’s decision to air the annual NFL Combine on prime-time television a couple of weeks ago really paid off.

How do I know this? In addition to pretty impressive ratings (again, for watching nothing), my mom actually tuned into watch some of it. Did I? No, and that’s kind of sad, considering I probably should. No, not because I really HAVE to, but because it would make sense to know enough so as not to get embarrassed on national Internet television (my weekly podcast with Bryan Anthony Davis).

I don’t know who the risers and fallers are after the Combine. I should, but not because I REALLY have to. Just because I want to fit in—with my mother, apparently.

How cool are you not as a football fan when your nearly 70 year-old mother knows more about the drills and times that were performed and recorded at a National Football League scouting event than you?

It just goes to show you how far-reaching the NFL truly is. If that entity puts something on television—if it makes it feel like important and must-see TV—enough people will tune into see it.

People can say they don’t judge football players in t-shirts and shorts (and I certainly subscribe to this theory, myself), but enough other people certainly do that it can mean an awful lot to the bank accounts and professional futures of many, many NFL prospects.

Take DK Metcalf, a hulk of a wide receiver who turned many heads during the 2019 Combine by having almost no body fat and enough muscles to be cast as the next Incredible Hulk. He also ran about as fast as Flash, all attributes that helped to mask his lack of agility—at least while turning in a worse cone drill performance than Tom Brady.

Poor cone drill performance, aside, the 2019 Combine put Metcalf, a lad who caught a total of 67 passes in three years at Ole Miss, on the map. Where was Metcalf’s draft stock located on the map in the days prior to the 2019 NFL Draft? On the corner of First and Second Round, a place he likely wouldn’t have been able to find without the help of his freakish athleticism and chiseled physique.

Long story, short, the Seahawks selected Metcalf in the second round (64th, overall), and after catching 58 passes for 900 yards and seven touchdowns during his rookie season, it proved to be a sound investment.

The 2019 NFL Combine gave Metcalf a chance to show teams that, despite his average college productivity, there was a professional receiver just waiting to be discovered. Would any team have taken a chance on Metcalf, otherwise—not likely with a second-round pick, anyway.

So there you have it. I make fun of the Combine. I make fun of the people who take it too seriously. However, it is serious business, not only because it’s now on in prime-time television and draws in eyes that normally wouldn’t see it like my mom’s, but because there are always important eyes watching, eyes that can make or break a young prospect’s career.