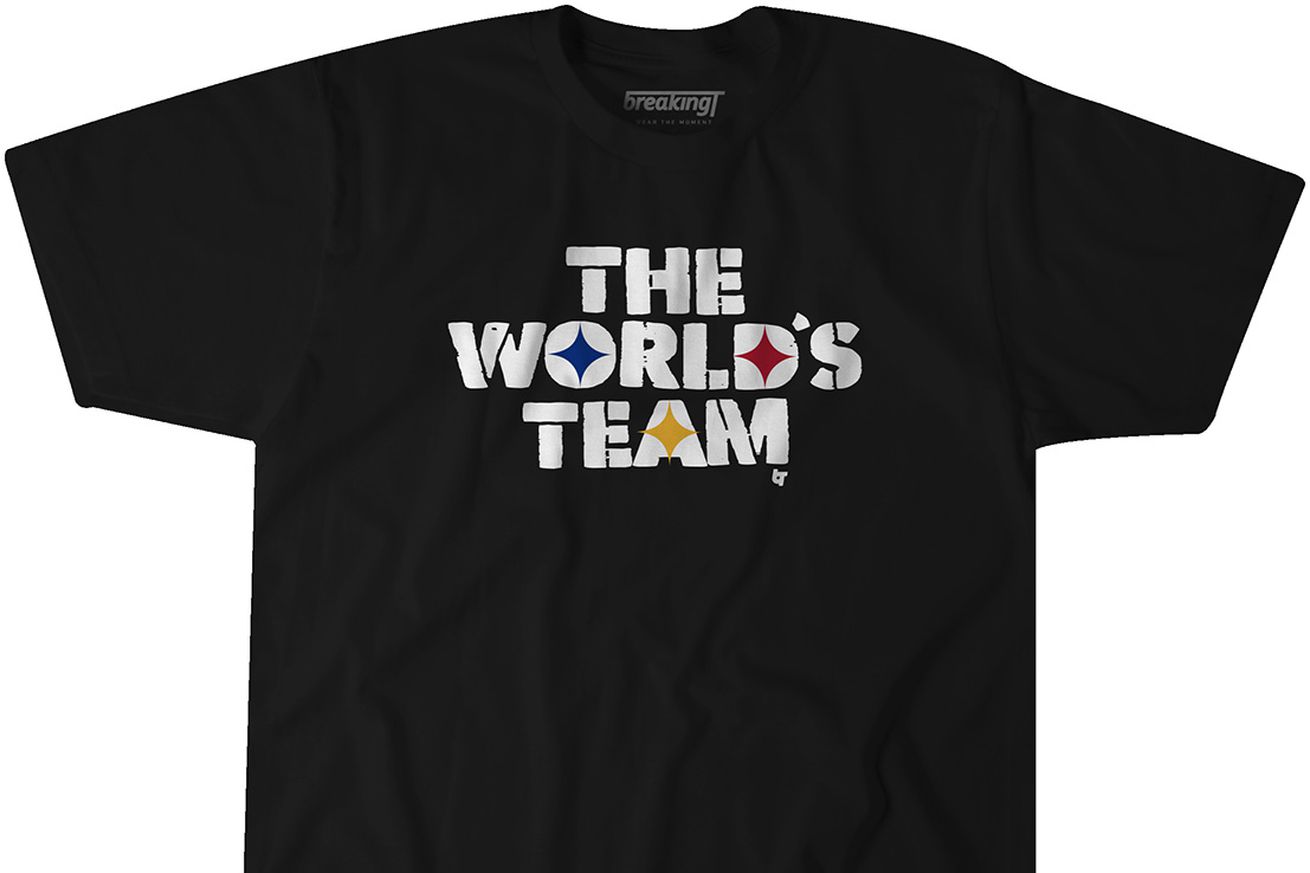 The Pittsburgh Steelers are not America’s Team, and that is because they are the World’s Team.

It is hard to believe, and I struggle to believe it sometimes myself, but the Pittsburgh Steelers are 8-0 to start the 2020 regular season. I, and many fans like me, have never experienced this before in our lives.

The Steelers have NEVER started the season 8-0 in their history, and they are now blazing a new trail.

Fans are excited, and rightfully so, so why not get some new gear to show off your Steelers pride. With the holidays coming up, these shirts, and sweatshirts, would also make some fantastic gifts for the Steelers fan in your life.

This slogan stems from a not just the Steelers beating the Dallas Cowboys, who labeled themselves ‘America’s Team’, but also a comment Ben Roethlisberger made after the game.

Here is what Roethlisberger said:

“We’re the Pittsburgh Steelers. We know everyone’s coming for us. I’m not trying to take any shots at anybody, but if you didn’t know who America’s team was, you should have seen the stands and all the Terrible Towels. Dallas may be America’s team, but we’re the world’s team because we have fans everywhere that are the best in the world.”

This inspired the folks at BreakingT, so we decided to put a shirt together. Check out the new design below:

This design isn’t just offered in t-shirts, but also in a hooded sweatshirt!

By now, you might be wondering how to order yours? Just click the link below, and get yours today!!

Did you know we have a BTSC Apparel store? You can get this design, and many others including the classing BTSC design shirt, in the link below!