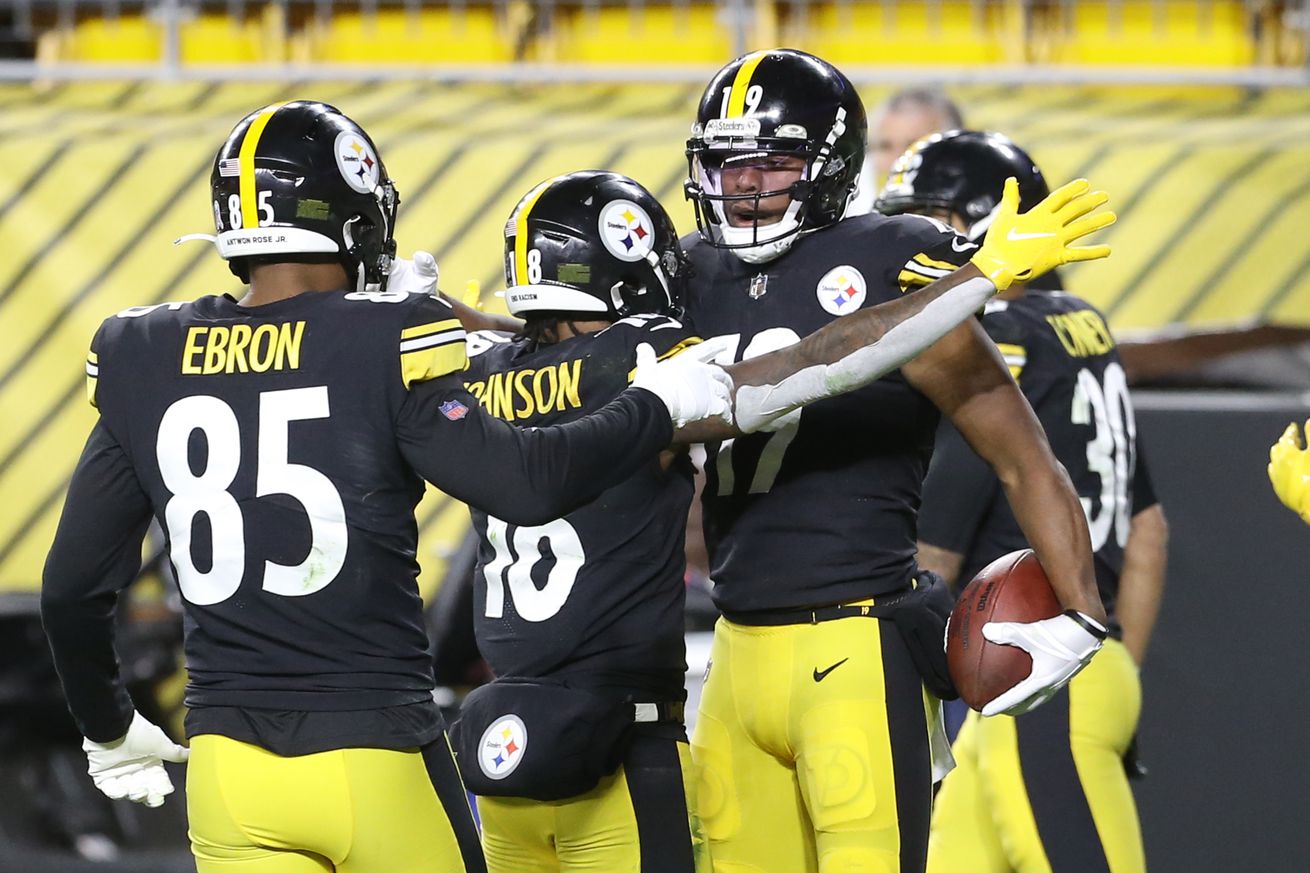 The Pittsburgh Steelers finally returned home for a game at Heinz Field as they got back to AFC North action against the Cincinnati Bengals. After squeaking out a win in Dallas on a game where the Steelers were anything but perfect, Steelers fans were able to breathe much easier as the team never trailed in the game and cruised to a 26-point victory.

After continuing their historic winning streak to open the season at 9-0, here are some of the numbers which helped lead to the Steelers decisive win over the Bengals.

Wins are the most important stats. Scoring more points than your opponent is what leads to those wins. But if there is one statistic in this game which shows more than anything as to why the score was so much in the Steelers’ favor, it’s the fact that Steelers held the Bengals two zero third-down conversion’s on 13 chances. When teams can’t sustain drives, it’s very difficult to match points. On these key plays, the Steelers defense did an excellent job of containing the Bengals.

Sometimes other statistics don’t matter when teams are turning the ball over. For the second straight game, the Pittsburgh Steelers ended up +2 in the turnover margin category. Of course the two takeaways they had between defense and special teams are extremely helpful, the fact the offense took care of the ball made this number possible thanks to all three phases of the game.

Although it’s becoming more obvious he is well past his prime, the fact the Steelers held Bengals wide receiver A.J. Green to zero receptions on five targets is significant. Green has typically been a player the Steelers had to focus on containing. The fact he was held off the stat sheet is an added bonus.

Officially, the Steelers gave up 139 rushing yards to the Bengles. But if you’re looking at more of how they realistically shut down the running game, 39 of those yards came on the fake punt and were a result of the special teams unit and not the defense. Also, 22 of the remaining 100 rushing yards came on the Bengals final drive when they were merely running out the clock as both teams had decided to rest some of their players. So when it really mattered, the Steelers held the Bengles to 78 rushing yards and no player eclipsed the 50 yard mark.

With 2:52 remaining in the first quarter and the Steelers holding a 6-0 lead, they begin their fifth drive of the game at their own 26 yard line. Ben Roethlisberger completed a 46-yard pass to Diontae Johnson on the first play of the drive. This was the second longest passing play on the season for the Steelers only behind the 84-yard touchdown pass to Chase Claypool in Week 2. Two plays later, it led to a Diontae Johnson touchdown.

The Steelers defense got the job done against the Bengals on Sunday. Of the 14 drives the defense took the field, they forced a three and out on 6 of them including their first three drives of the game. Additionally, the Steelers had three other drives in which they forced a punt after only one first down. Also, another drive ended after a first down and then a forced fumble by Cameron Sutton.

I have to admit, he’s pretty electric when he gets the ball into his hands. Steelers kick returner Ray-Ray McCloud almost broke another return to the house as he returned a punt 42 yards into the red zone. There have been several times this season where McCloud had a great run back and almost broke it to go the distance.

So there are some numbers to help evaluate the Steelers’ performance Sunday against the Bengals. Once again, it was not a perfect performance and there are still things in which the Steelers can improve. But scoring 36 points, holding their opponents 10 points, and not turning the ball over is more than enough to build on.

There were so many more numbers than the ones listed above. Were there any other numbers which stood out to you? Please leave your answers in the comments below.