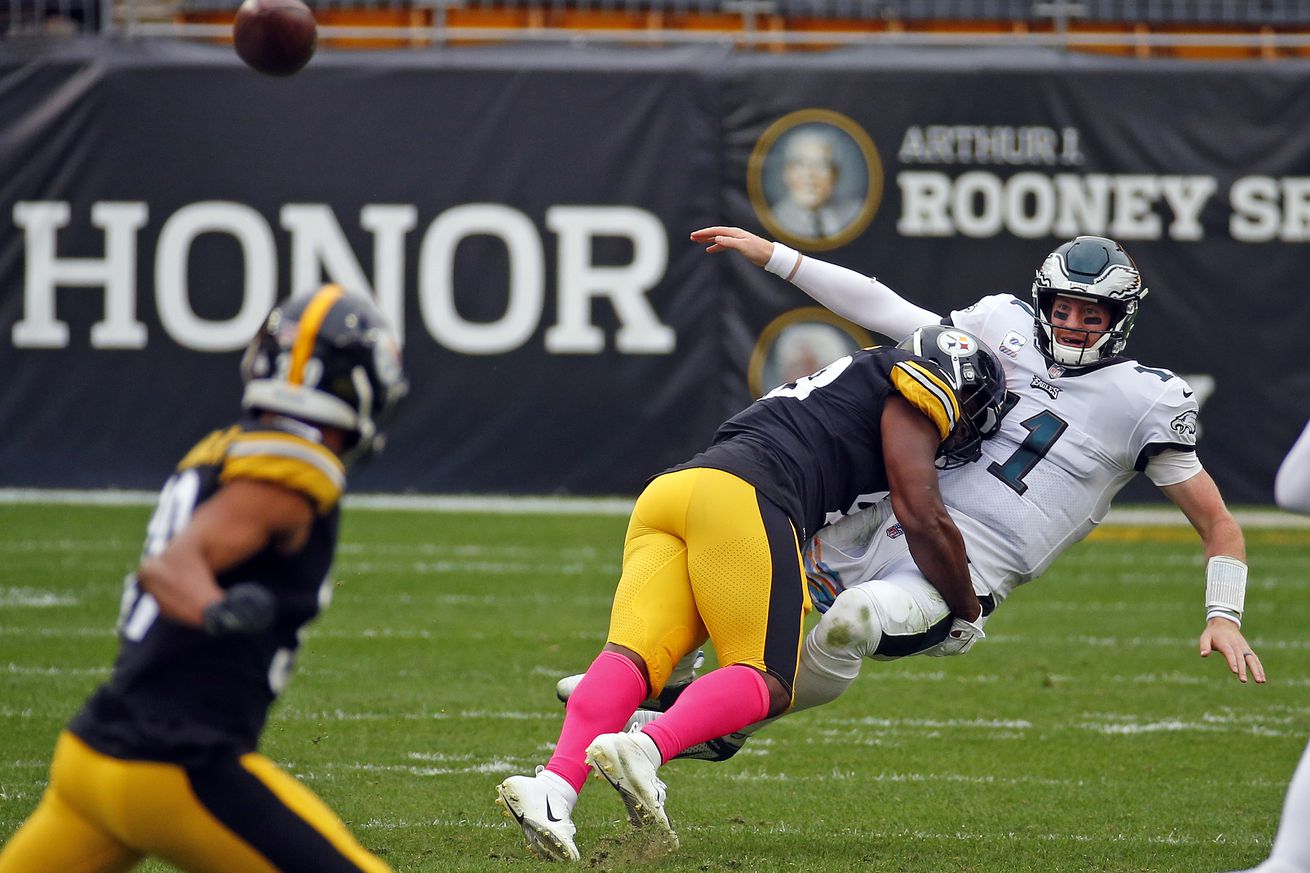 The Pittsburgh Steelers are continuing to stack wins throughout the 2020 season as they have yet to fall to the hands of an opponent. While there were plenty of reasons for concern with Sunday’s game, especially with the defense surrendering 29 points, there were also a lot of positives to be taken. Since it was a Steelers nine-point victory, let’s stick to as many positives as we can.

After opening the season 4-0 for the first time since 1979, here are some of the numbers which helped lead to the Steelers win on Sunday at the Heinz Field against the Eagles.

The Steelers put up five sacks against the Eagles on Sunday, bringing their total for the first quarter of the season to 20. It is the most sacks the Steelers have achieved in the first four games in a season in their franchise history. It also extended their streak to 61 consecutive regular-season games where they have registered at least one sack.

As much as the Steelers defense struggled to get off the field on third down, the Steelers offense actually won the statistical matchup by converting 11 of their 15 third down attempts. The four plays where they did not convert on their third down opportunities resulted in 2 punts, one field goal, and the Steelers lone turnover on the day.

The Steelers once again had a pretty balanced attack when it came to their 67 offensive plays. The Steelers had 32 rushing attempts, two of which were kneel downs, and 35 passing plays, one of which was a surrendered sack. Steelers had 136 rushing yards and 231 passing yards. It was the first time in the 2020 season where the Steelers did not have a 100-yard rusher in the game.

The Steelers turned one of their two take a ways into seven points as Steven Nelson‘s first interception lead to a James Conner touchdown. Nelson’s second interception of the game on a fourth and long became the Steelers first take away of the season where they did not score points. But all was not lost as the Steelers ended that drive in victory formation.

One of the most frustrating plays for the Pittsburgh Steelers on Sunday was the 74-yard touchdown run they surrendered to Miles Sanders. A missed tackle would have forced a punt had it been made, but instead the Steelers gave up their first touchdown of the day. Other than that particular run, the Eagles only rushed for an additional 20 yards on 15 carries. As for Sanders, he only added six more yards on 10 more carries outside of that touchdown.

So there are some numbers to help evaluate the Steelers’ performance Sunday against the Eagles. Yes, they are concerns when it comes to the Steelers pass defense and the 29 points they surrendered were the most since Week 1 of 2019. But the Steelers are 4-0 and that is the most important statistic which matters.

Were there any other numbers which stood out to you? Please leave your answers in the comments below.