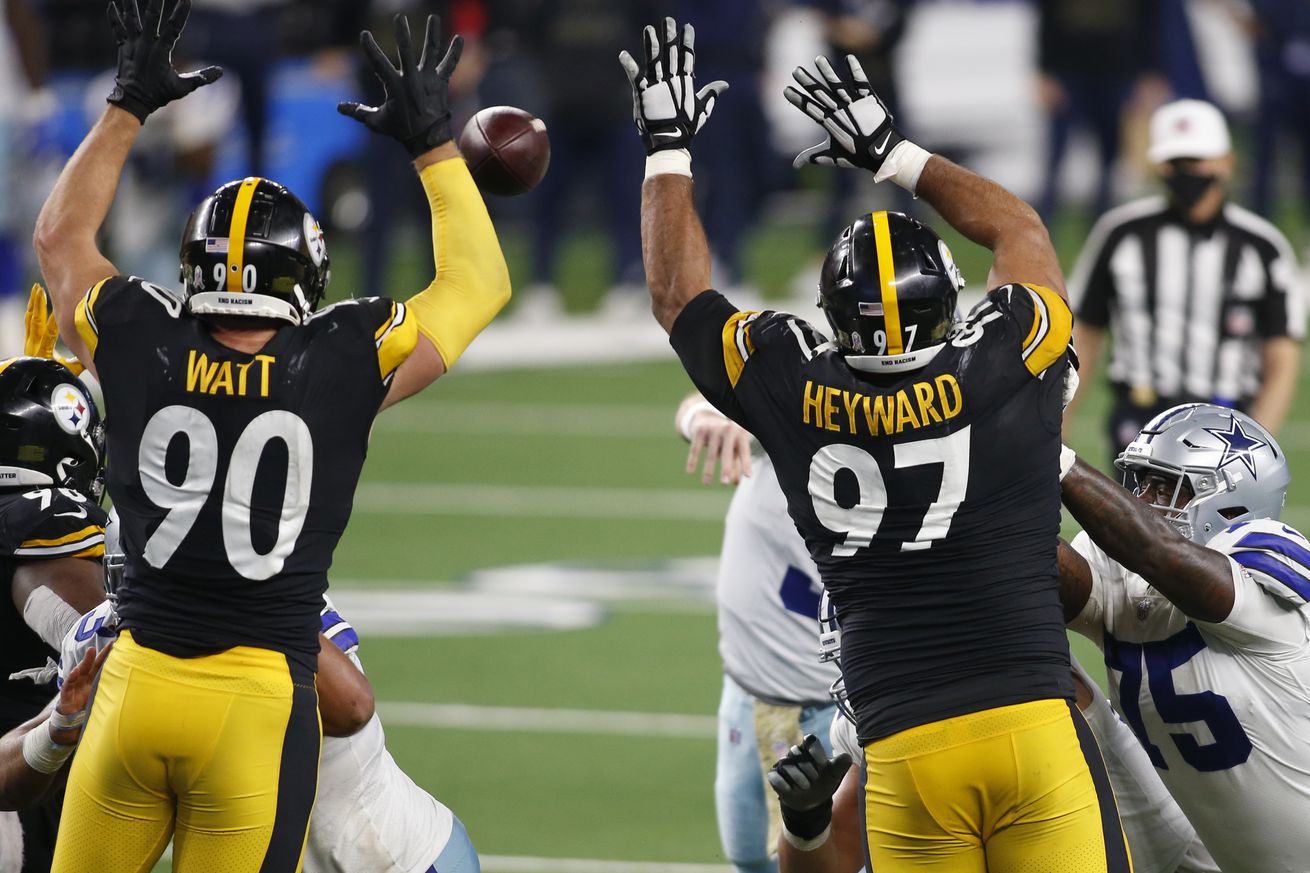 The Pittsburgh Steelers went into Dallas as heavy favorites in Week 9 and they squeaked out a victory to push their record to a franchise best 8-0. Although they did not get the lead until half way through the fourth quarter, it was another notch in the win column regardless of how it came about. While there are plenty of things to be concerned over, there are more good numbers than what many Steelers’ fans may realize.

After opening the season 8-0 for the first time in franchise history, here are some of the numbers which helped lead to the Steelers come from behind win on Sunday in Dallas over the Cowboys.

One of the reason the Pittsburgh Steelers remained in contention throughout the game on Sunday against the Dallas Cowboys was the fact they did not turn the ball over. Add in the two takeaways by the defense and the plus two turnover margin was one of the factors which allowed the Steelers to be in position to win the game.

In a contining trend in 2020, the Steelers managed to turn their takeaways into points. The Steelers got a field goal at the end of the half after a fumble recovery as well as being able to drive the length of the field for another field goal after starting their drive on the 1 yard line after Minkah Fitzpatrick‘s interception.

Once again, the Pittsburgh Steelers found themselves in an early hole having a fight their way back. The Dallas Cowboys scored the first 13 points of the game and the Steelers had to play catch-up for the remaining 33:46 of the game.

To get back into the game, the Steelers scored nine points in the final 1:10 seconds of the first half. After Ben Roethlisberger hit James Washington for a 17-yard touchdown, Chris Boswell missed the extra point. A forced fumble by Cameron Sutton recovered by Minkah Fitzpatrick gave the Steelers the ball back on the edge of field goal range with 0:52 remaining, it was Mason Rudolph who was in a quarterback as Ben Roethlisberger had already headed to the locker room for treatment on his injured left knee. The Steelers drive only gained 3 yards before a 5-yard penalty pushed them back for Chris Boswell to hit a franchise record 59-yard field goal with no time on the clock.

For the second straight week, the Steelers played a fairly clean game when it came to penalties. In all, the Steelers only had three accepted penalties against them on the day and one of them actually helped them gain three points towards the final score.

Steelers gave up two big kick returns on the day. The first was a punt return in which the Cowboys lateraled the ball across the field to then have a 73-yard return. The other big return was from when the Steelers were kicking off from the 50-yard line after a penalty and pinned the kick perfectly only to see the coverage fail and the Cowboys return the kickoff for 64 yards. Between those two kicks, the Cowboys amassed 137 yards.

As the Steelers relied heavily on the passing game in order to spark their comeback, Ben Roethlisberger finished with 306 passing yards on the day along with three touchdown passes and no interceptions. It is only the second time in 2020 where Roethlisberger has gone over 300 yards for the game with the other being in Week 2 against the Denver Broncos. Ironically, these are the only two games on the season where the Steelers did not cover the point spread.

Once again, the Steelers running game was absent, this time against the NFL‘s worst ranked rushing defense in the Dallas Cowboys. The Steelers were only able to manage 46 yards on the ground on 18 carries. James Conner only had 9 carries on the day for 22 yards.

Although fans were expecting the Steelers defense to give up less points against the Dallas Cowboys on Sunday, the Steelers only gave up one touchdown while allowing four field goals. It is the third time in the 2020 season with the Steelers have held their opponent to under 20 points with the other two games being Week 1 against the New York Giants (16) and Week 6 against the Cleveland Browns (7).

There were so many more numbers than the ones listed above. Were there any other numbers which stood out to you? Please leave your answers in the comments below.