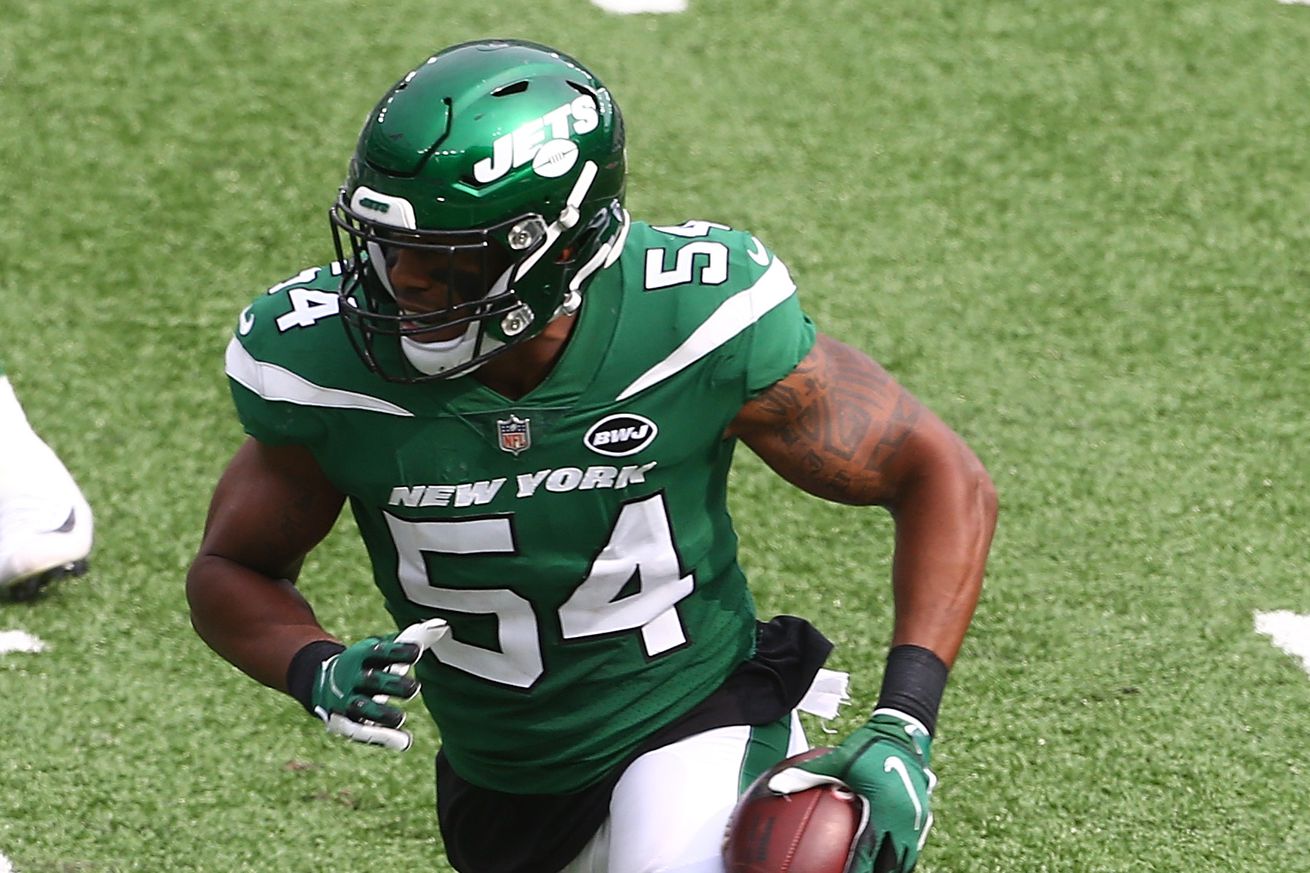 After clearing the NFL’s COVID-19 protocol, Williamson is able to officially join the Seelers for their game in Dallas.

The Pittsburgh Steelers traded for linebacker Avery Williamson of the New York Jets last Sunday following their victory over the Baltimore Ravens. After clearing the NFL‘s COVID-19 protocol, Williamson is now officially able to join the team as a member of the 53-man roster. In a corresponding roster move, the Steelers have released both offensive lineman Stefen Wisniewski and running back Trey Edmunds.

We’ve made multiple roster moves ahead of Sunday’s game against the Cowboys.@BordasLawhttps://t.co/YezpdPYVOJ

In the trade the Steelers made for Williamson on Sunday, they sent their 2022 fifth-round draft pick to the New York Jets in exchange for Williamson and the Jets seventh-round 2020 draft pick. The Steelers had a need at inside linebacker after losing Devin Bush for the season in Week 6 against the Cleveland Browns. Additionally, reserve inside linebacker Ulysses Gilbert III was placed on the Steelers Reserve/Injured List this past Wednesday.

Williamson was drafted in the fifth round by the Tennessee Titans in the 2014 NFL draft. In four years in Tennessee, Williamson started all but five games, four of which were in his rookie year. In all, he had two interceptions, three forced fumbles, 11.5 sacks, and over 350 tackles while with Tennessee.

After his rookie deal, Williamson signed with the New York Jets where he started all 16 games in 2018 where he added another interception, two forced fumbles, three sacks, and a career high 120 tackles. Unfortunately, Williamson was lost for the 2019 season with an ACL injury when he was playing extended time in a preseason game in which many fans felt he should have already been removed. In 2020, Williamson appeared in seven of the Jets eight games with an interception and 59 tackles.

Although Williamson has been added to the 53-man roster, there is no guarantee he will play on Sunday or even be active. With the Steelers running thing at inside linebacker, Williamson will most likely receive a helmet but may be used sparingly if at all.

As for the players released by the Steelers, Trey Edmunds had just been signed it to the active roster prior to the Steelers Week 8 game in Baltimore. When it comes to Stefen Wisniewski, he started for the Steelers in Week 1 for an injured David DeCastro only to leave the game early with a pectoral injury. Since Kevin Dotson has been more than capable at guard for the Steelers, Wisniewski’s exact spot on the depth chart was unclear as the season went on. After being activated from the Reserve/Injured List on Wednesday, Wisniewski was not able to practice until Friday on a limited basis and was doubtful for the game.

Stay tuned to BTSC for continued coverage as the Steelers face the Dallas Cowboys in Texas on Sunday at 4:25 PM.