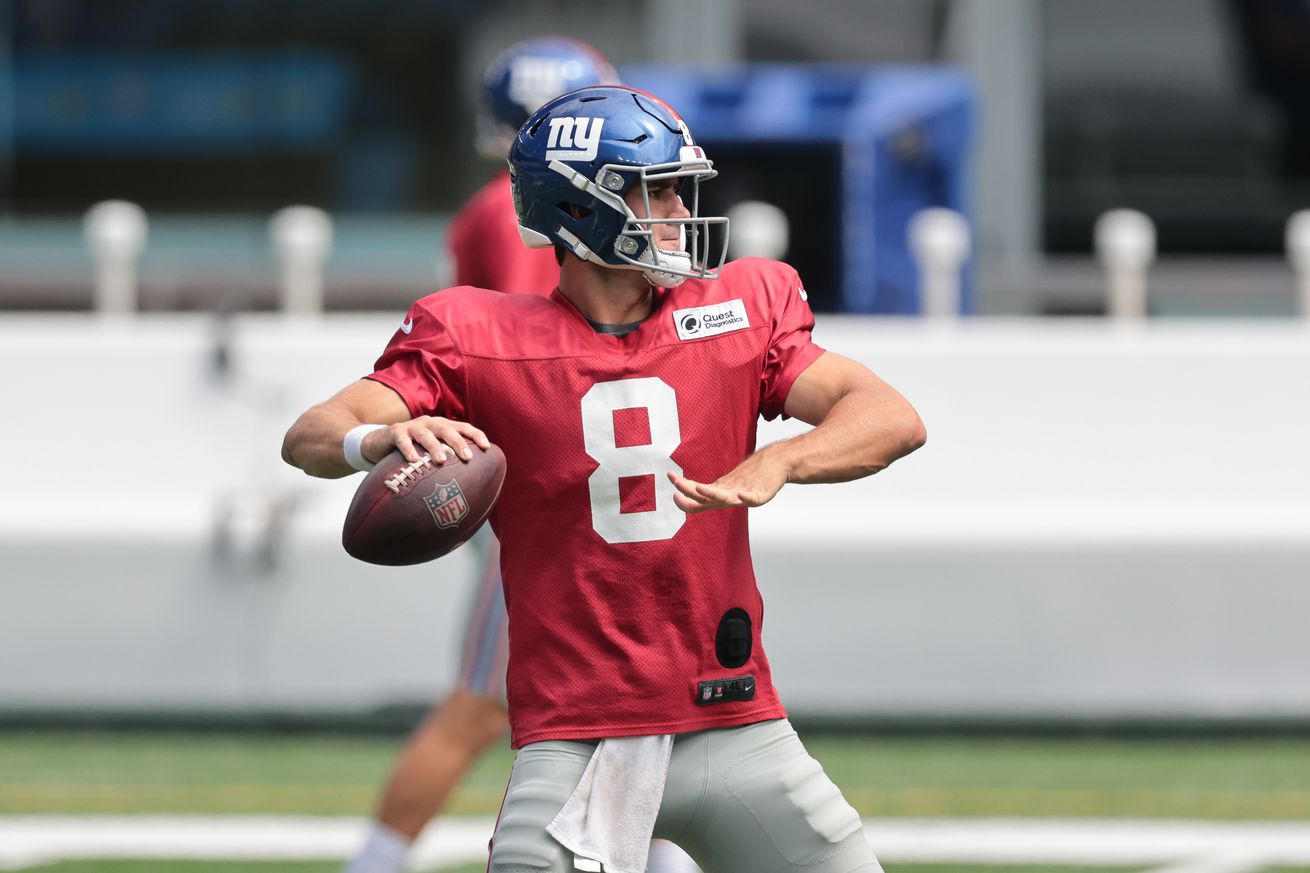 The New York Giants are a team filled with unknowns, so I go behind enemy lines to try and get answers for the Pittsburgh Steelers fan base.

The Pittsburgh Steelers are preparing for the New York Giants in Week 1 of the regular season on Monday night football, but who are they preparing for?

The Giants have a new head coach, new coordinators and a slew of new players on both sides of the football. This isn’t the Giants team with Eli Manning, Justin Tuck and Michael Strahan. No, this is a shell of that franchise, but leaves plenty of questions about what the Giants will bring to the table at MetLife Stadium Monday night.

With so much unknown I spoke with Big Blue View editor Ed Valentine to get a feel for what this “unknown” opponent has to offer in Week 1.

When the Giants have the ball, how will they try to move the ball with Daniel Jones entering his second year under center?

Listen, the Giants have a new head coach in Joe Judge and a new offensive coordinator in Jason Garrett. We haven’t seen anything, really, so it’s all guess work. I know this much — Saquon Barkley should see the football A LOT. I would expect Evan Engram to be heavily featured, as well. The Giants have hinted they might be run-heavy. We’ll see. That’s about all I can tell you right now.

When the Steelers have the ball, how will the Giants’ defense attempt to stop Ben Roethlisberger and company?

Again, this is difficult. New head coach, new defensive coordinator in Patrick Graham. We have little to go on, other than Graham’s one season with Miami and the fact that he worked for Belichick. I expect the Giants to be multiple on defense. I expect cornerback James Bradberry to follow JuJu Smith-Schuster. Other than that, haven’t got a clue what we’ll see.

The X-Factor isn’t really a player. The X-Factor for the Giants is whether or not they can generate a pass rush. They weren’t good enough there last season, and the only new pass rusher is Kyler Fackrell, which isn’t inspiring. They are banking on improvement from Lorenzo Carter, Oshane Ximines, Dexter Lawrence and Leonard Williams. We’ll see if they get it.

One player to watch no one is talking about…

I don’t think he fits the “no one is talking about” criteria, but I have to give you Andrew Thomas. The Giants drafted him No. 4 overall and Nate Solder opting out means he will be at left tackle. Does he look overmatched in his NFL debut, or does he look competent?

Want to see the Giants win. Can’t pick them until I see some evidence of what they are.

(For the best content on the other side of this matchup, be sure to check out Big Blue View for the best on the Giants.)