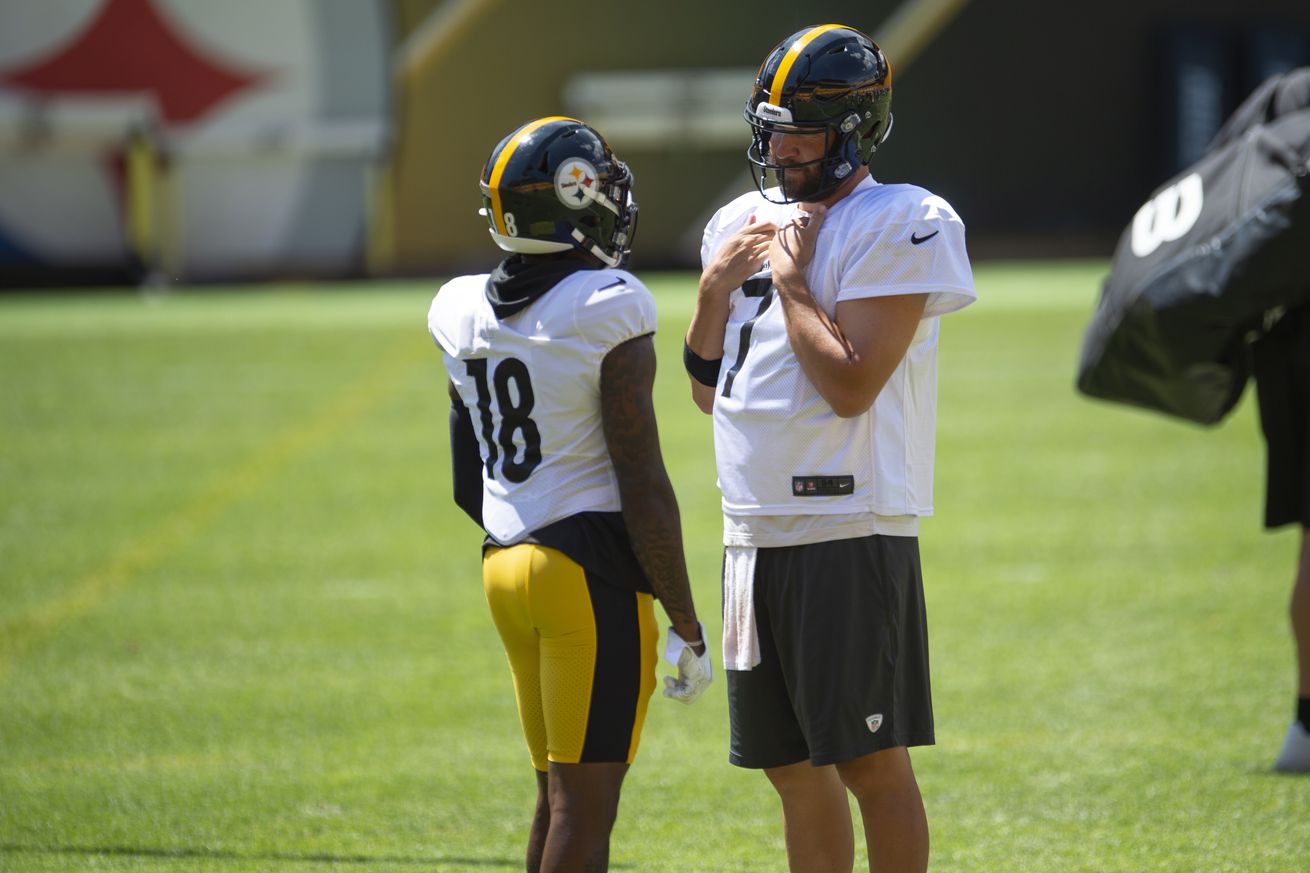 Chemistry developing between Ben Roethlisberger and Diontae Johnson is only a matter of time.

If there was one positive development coming out of the unscheduled impromptu bye week, it would undoubtedly be the additional time granted Diontae Johnson to clear concussion protocol and hopefully fully heal. He has also been dealing with a toe issue of some sort since training camp. The Steelers need Johnson healthy and on the field to continue to gel as an offense.

Make no mistake, Ben Roethlisberger is a huge fan of Diontae Johnson. Just this week Roethlisberger stated that Johnson deserved all the extra attention he has been receiving from opposing defenses, and that he has an incredible skill set.

I truly believe that Ben sees many of the same abilities in Johnson that he did in a former All World receiver for the Steelers, and he appears to be trying especially hard to recreate that other worldly connection. That could be a good or bad thing actually.

Each game Ben has tried to get the ball to Johnson early and often, evidenced by the fact that Johnson leads all Steelers receivers with 25 targets in less than 10 quarters of football this season. Last game, against the Houston Texans, it appeared that Ben was actually trying to force the connection with Johnson. On consecutive snaps early in the game, Ben tried to force the ball deep to Johnson even though he had failed to gain any real separation. That was concerning honestly, and was both unwise and unnecessary.

This Steelers offense is full of talented skill position players, who also happen to be team first individuals. There is no longer a selfish element in the huddle demanding to be heard and fed the ball. Ben has to embrace the opportunity for what it is, to have a well rounded and unpredictable offense moving forward. There is more than enough glory to go around with a championship caliber team.

Trust me, I totally understand the fact that Ben would love to have a security blanket that he can count on in the clutch. Every great QB has had that special connection with a trusted colleague. Nothing wrong with that, and the Steelers need to figure out who can be counted on in those clutch situations. It’s in those fleeting moments that legends are born.

Johnson appears to have all the attributes necessary to be the next Steelers legend at receiver. Some have brought up his lack of focus this year; muffed punt, mishandled handoff, and a couple of drops, but those things can be easily cleaned up. He appears to be too amped up to start each game thus far, overly excited to impress his future HOF QB. It’s not like he appears nonchalant or unfocused, it looks more like he cares too much. That reality will straighten itself out over time, with additional reps and familiarity.

Ben Roethlisberger needs to know who he can count on to come through in the clutch, to provide a huge catch on another late fourth quarter game winning drive. Maybe Johnson will prove to be that man, or maybe it will be JuJu Smith-Schuster.

Maybe it could be both, because multiple options are always better, and tougher to defend, than one.