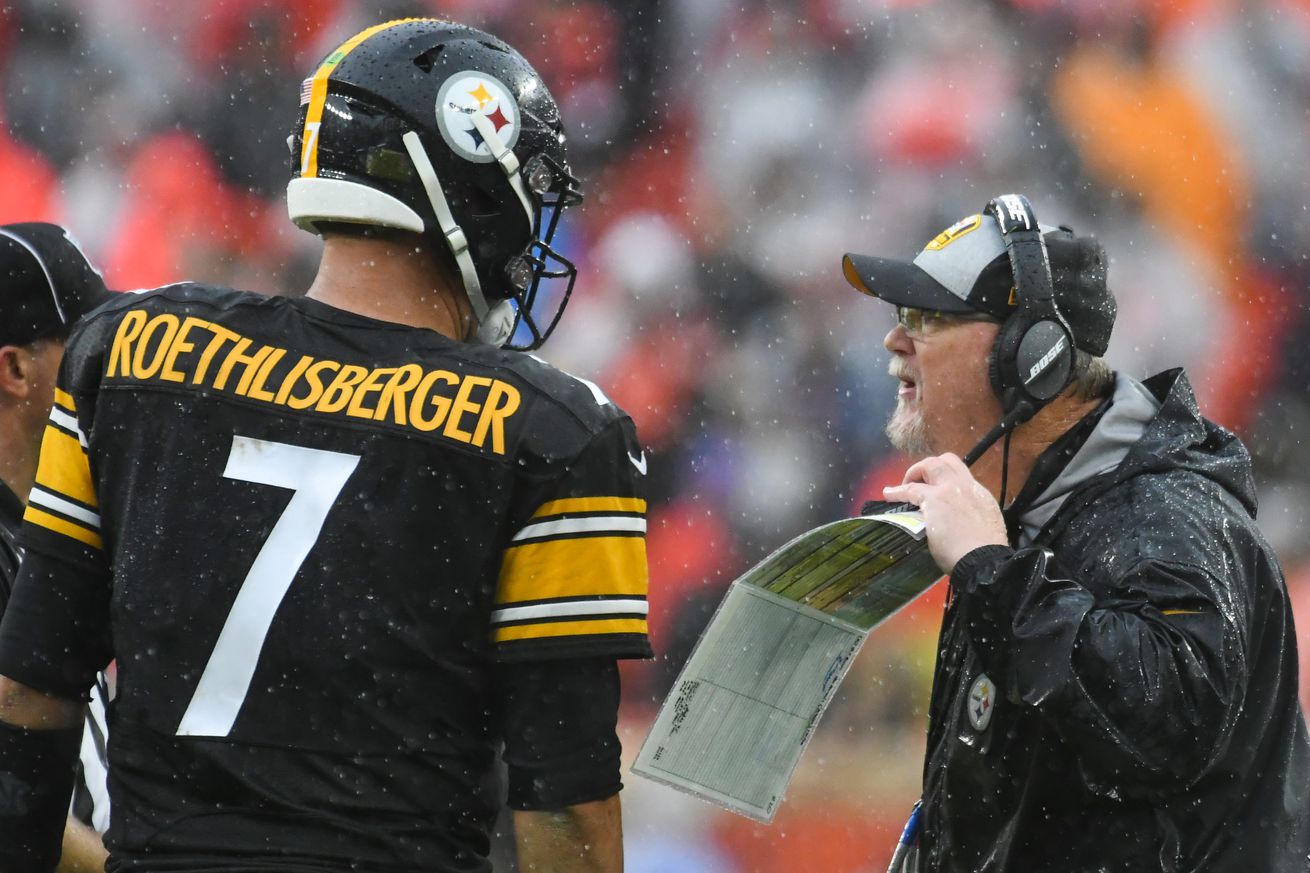 The Pittsburgh Steelers were without Ben Roethlisberger all week, and installing a game plan without the quarterback in the room was not an easy task.

The Pittsburgh Steelers got their first real taste of the National Football League’s COVID-19 protocols when Vance McDonald tested positive upon returning from their trip to play the Dallas Cowboys in Week 9.

The team was without four players this week who were considered high risk cases, and no name was larger than quarterback Ben Roethlisberger.

This isn’t to suggest the Steelers didn’t miss Vince Williams’ veteran presence in defensive meetings or Jaylen Samuels and Jerald Hawkins’ depth, but the franchise quarterback is a linchpin for the offense.

What the offensive coaches, like offensive coordinator Randy Fichtner and quarterbacks coach Matt Canada, realized quickly were the challenges of not having Roethlisberger in meetings and installing a game plan virtually.

“Well, just the communication of it remotely, I guess if you will. [Ben Roethlisberger]’s been great because obviously, he’s accessible. He’s got plenty of free time. We’re probably the ones that have to make the time to be able to fit.” Fichtner said on Thursday when speaking with the media. “I know Coach [Matt] Canada, they do the Zoom. We do the 360. We do all those important things. Ben likes the tech, so we get texts in the night. We go back and forth about a lot of things. We get to watch the video as a group on Zoom and things like that. It’s been as if he’s been in the room.”

It all sounds great, but when Roethlisberger met with media Saturday, after being lifted off the NFL’s Reserve/COVID List, he spoke about how virtual meetings just aren’t the same.

“You don’t know how wired in guys are. In today’s society, guys have an iPad in front of them but they might also have their phone next to them looking at things or watching TV, whatever it might be.” Roethlisberger said. “I’m not saying that’s happening, but you just don’t know. When you are in a meeting room, you know everyone is dialed in, you know what is going on, so you can communicate a little bit easier in person.

“The hard part was practice. I couldn’t communicate at all, right, because everything was taped and sent to me, and there is no sound to it. So a lot of texts to Coach Randy, Coach Canada. What was this? What happened here? What did you think about? Just trying to find any way possible to communicate, a lot of text messages at night with those guys.”

Roethlisberger has played without a lot of practice reps before, but this was different. Roethlisberger outlined just how different, and difficult, being virtual was compared to being there in-person.

“Yeah, it’s definitely different than in years past just because, typically, I’ve been on the field behind the quarterbacks hearing the calls that were made, hearing the play call coming from the coach, [Maurkice] Pouncey’s calls.

“As Coach Tomlin would say, an in-helmet perspective. Even if you’re not out there you can hear it and be a part of it, so it was definitely different. I watched every play of practice, but you just watch it on your iPad at home so you don’t get to hear all those things. It was definitely a lot different than anything I have experienced before.”

The Steelers will have to hope Roethlisberger, and the offense, are on the same page Sunday when the Cincinnati Bengals visit the Steelers for a 4:25 p.m. ET kickoff. If not, questions will be brought up if Roethlisberger should have played at all without practicing all week.

The virtual world isn’t for everyone, but will it impact the Pittsburgh Steelers’ offense at Heinz Field Sunday? Only time will tell, but be sure to stay tuned to BTSC for the latest news and notes surrounding the black and gold as they roll through the 2020 regular season.