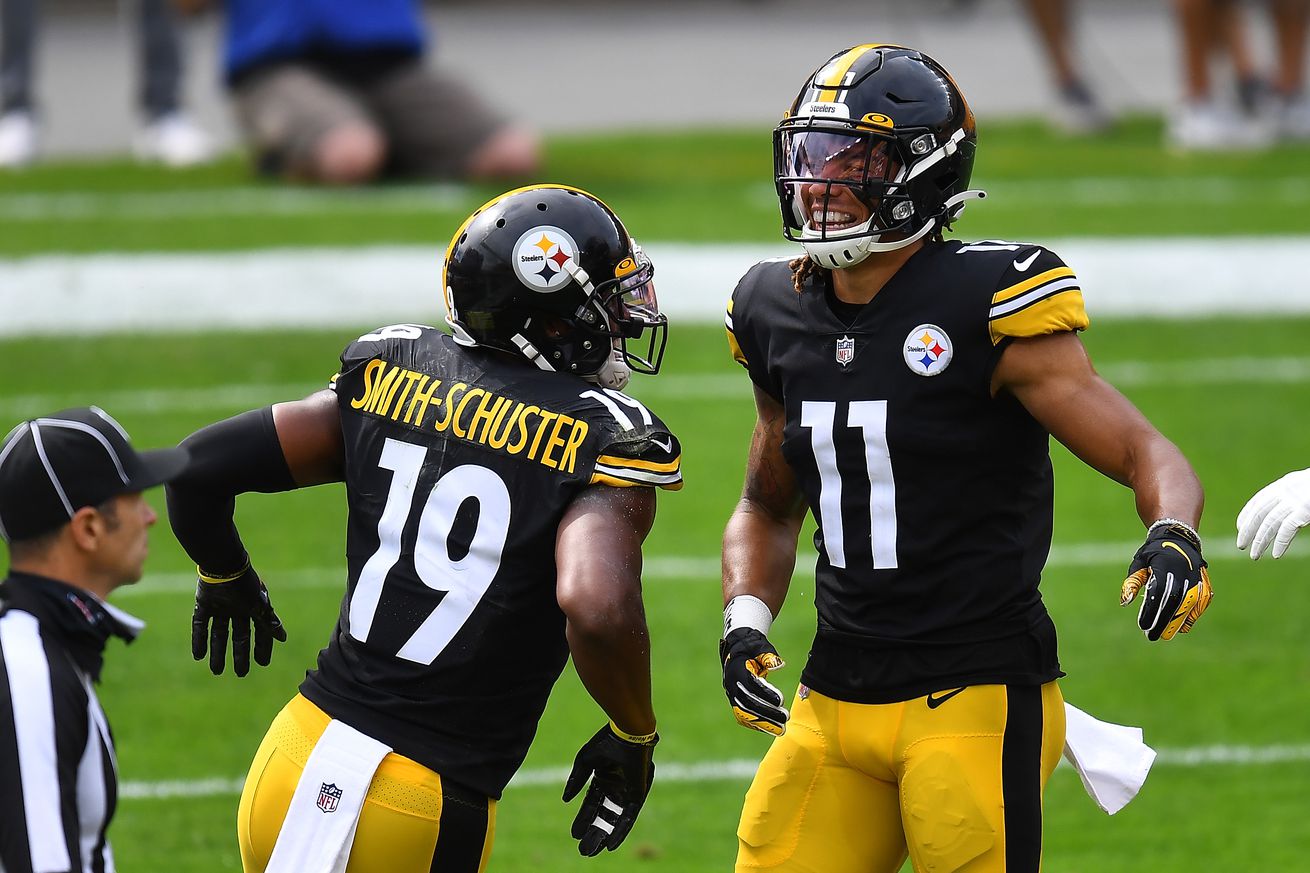 Roethlisberger loves how his receivers are more interested in winning than their own stats.

When it comes to NFL locker rooms, winning cures all sorts of problems while losing ofthen magnifies them. For the 2020 Pittsburgh Steelers, winning has been the only item on their plate and it seems to be the only thing the Steelers’ young wide receivers are concerned with.

In his weekly interview with Pittsburgh media on Wednesday, Ben Roethlisberger spoke about the unselfishness of the Steelers’ wide receiver group. Roethlisberger was asked about how much it helps the Steelers offense that the receivers aren’t bothered by other players within the group having a big day much like Chase Claypool had in Week 5 against the Philadelphia Eagles.

“When I came into the locker room after this last week, I wasn’t sure what the demeanor was going to be from the other receivers to be perfectly honest,” Roethlisberger explained. “I looked over because, obviously, Chase (Claypool) had an amazing day. I looked over at JuJu (Smith-Schuster) to kind of see what his reaction was because he’s our number-one receiver. I looked over him and he had the biggest smile on his face.”

Although fans have had a long time to move past it, sometimes we forget this past Sunday was only the sixth game Ben Roethlisberger has played since the official departure of Antonio Brown. With JuJu Smith-Schuster stepping into the number-one wide receiver role, it’s been a long time since Ben Roethlisberger had a selfless number-one guy who isn’t going to be bothered, even after a win, because of his lack of statistical output.

Roethlisberger went on to explain that this was not merely JuJu Smith Schuster saving face around the rookie.

“It’s not because Chase was there with him,” Roethlisberger continued. “Chase wasn’t even next to him. He (JuJu) had the biggest smile. He was having fun with other guys. I just can’t say enough about him and what that meant to me, what it meant to other guys, and how proud we are of him that he was truly happy for Chase.”

Smith-Schuster’s reaction seems to have caught Roethlisberger by surprise. In fact, it was such a positive experience for Ben that he felt the need to share his feelings about his unselfish receivers room with those around him.

“He was happy we won the game. Did he have huge stats—Juju? No. But we won the game and that’s all that matters. And so I think for a number one receiver to feel that way in the locker room—I told my wife about it, I told my closest friends about it. That just made me really proud and made me happy that we have selfless guys on this team that are more about the win than they are trying to get their stats. So I just I can’t say enough about JuJu what that meant after the game.”

Steelers fans are very quickly falling them in love with this young group of wide receivers. In fact, many were already there before the Steelers even took their first snap. But more important than what the fans feel, Ben Roethlisberger seems to realize what makes this young group of receivers so special. Their fun attitude, as well as wanting to see each other succeed, makes for a great situation for the veteran quarterback. Instead of having to make sure each player “gets his,” Roethlisberger can simply spread the ball around to the Steelers best matchup and not have to deal with any drama or repercussions on the sidelines or the locker room.

This young wide receivers group is special. Fans know it. Roethlisberger knows it. And now, the rest of the NFL is starting to know it.

Stay tuned to Behind The Steel Curtain for continued coverage as the Steelers prepare to take on the Cleveland Browns this Sunday at Heinz Field.