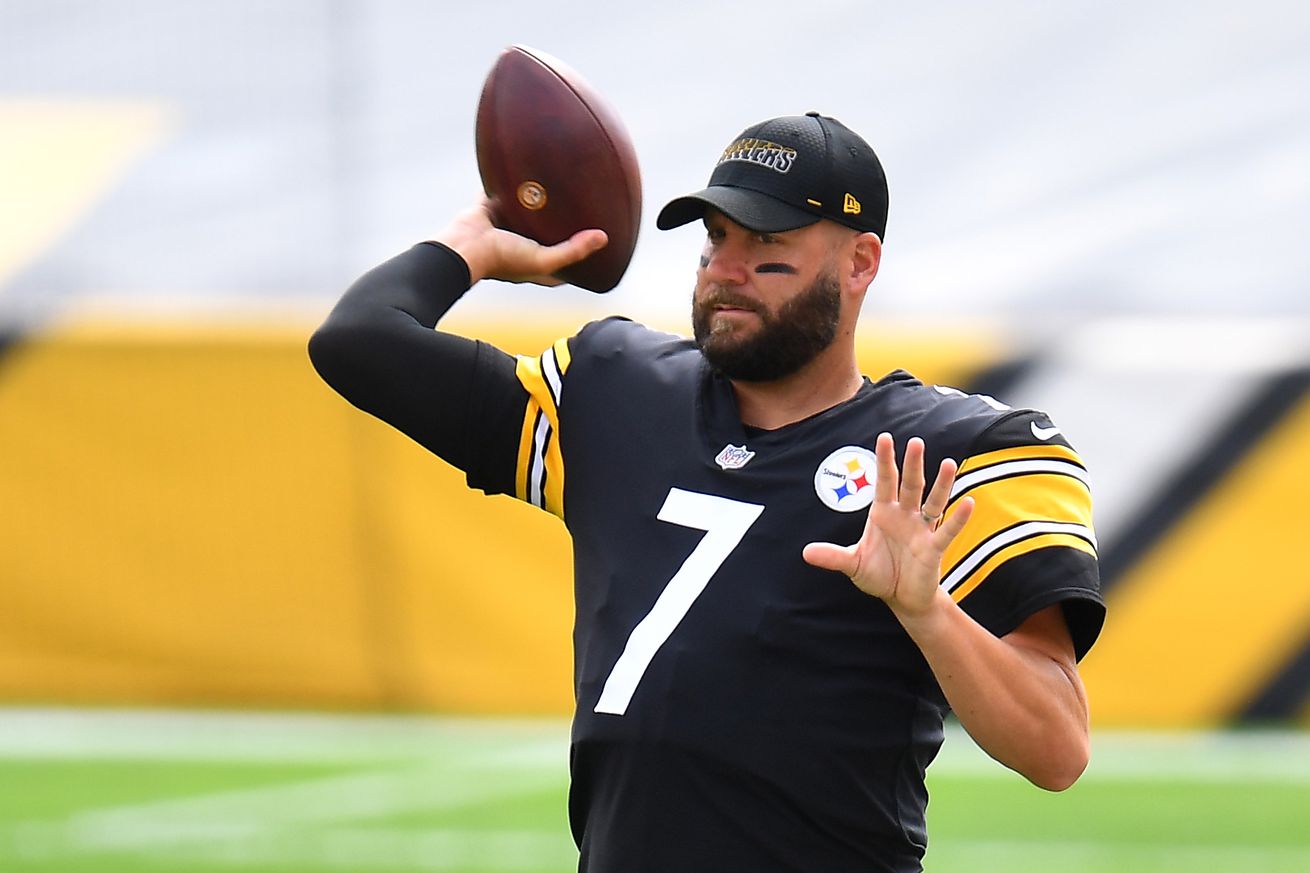 Leave it to the national sports media to try and turn Ben Roethlisberger’s words of praise for his current wide receivers group into a shot at Antonio Brown.

Ben Roethlisberger can’t seem to win for losing with a large portion of the national sports media, no matter what he does. They will take a completely innocent statement and try to turn it into something negative. I witnessed just such an incident of media manipulation on Thursday while eating lunch at an Italian eatery.

I am not certain if it is kosher to mention the name of the show or the channel, but let’s just say it is one of the big boys. The two former players hosting the show were discussing all things NFL football, and they were pretty entertaining up to this point. Then the next topic of discussion popped up on the screen, much to my surprise.

“Was Ben Roethlisberger taking a shot at Antonio Brown when complimenting the selflessness of his current receivers in a recent interview?” Then they proceeded to discuss what they felt his true intentions were in making that statement. Surprisingly, the segment never turned into a bash Ben discussion, as all corresponding comments about the subject were rational and reasonable.

That got me thinking. I can’t think of another franchise QB who’s words and actions are so carefully dissected and discussed. Green Bay Packers QB Aaron Rodgers straight out labels the media a derogatory term who write nonsense basically only for clicks. Can you imagine the negative kickback from the talking heads if Ben ever went on a profanity laced tirade on the sidelines aimed directly at his teammates, specifically his offensive linemen, like Tampa Bay Buccaneers QB Tom Brady during the loss to the Chicago Bears last Thursday? Talk about a double standard.

So what did Roethlisberger mean when he took the time to mention how proud he was of how JuJu Smith-Schuster handled himself in the locker room after Chase Claypool’s record setting four touchdown game against the Eagles on Sunday? Why did he go into detail about discussing with his wife and closest friends how pleased he was with the team first mindset of his receiver core that was on full display immediately after a game dominated statistically by Claypool, with young men more concerned with the final outcome than their personal statistics?

Because that type of behavior definitely wasn’t the normal modus operandi that Ben had become accustomed to over the years prior to the unceremonious departure of the best Gatorade cooler chucker and temper tantrum taker in the league. He had come to expect the whining and self serving pleading for the ball from the Steelers superstar pass catcher. The stress and frustration resulting from the constant badgering started to reveal itself in the post game pressers and on his weekly radio show. The media quickly jumped on any suggestion that there might be some trouble in Steelers paradise; assigned blame squarely on Roethlisberger, labeled him a bad teammate, and questioned his leadership.

Even after the truth became more than apparent with the complete meltdown of the malcontent, no apologies or corrections were ever given. Why would they? The truth doesn’t fit the tired narrative that Ben Roethlisberger is not a good guy. Once certain individuals are labeled, it’s nearly impossible to change that perception.

Roethlisberger wasn’t taking a shot at Antonio Brown with that statement, he was merely complimenting the maturity and character on full display of his talented young receivers. Now does that statement reflect poorly on the aforementioned All World receiver who displayed plenty of selfish tendencies and immaturity during his time in the Black and Gold? If the shoe fits wear it.