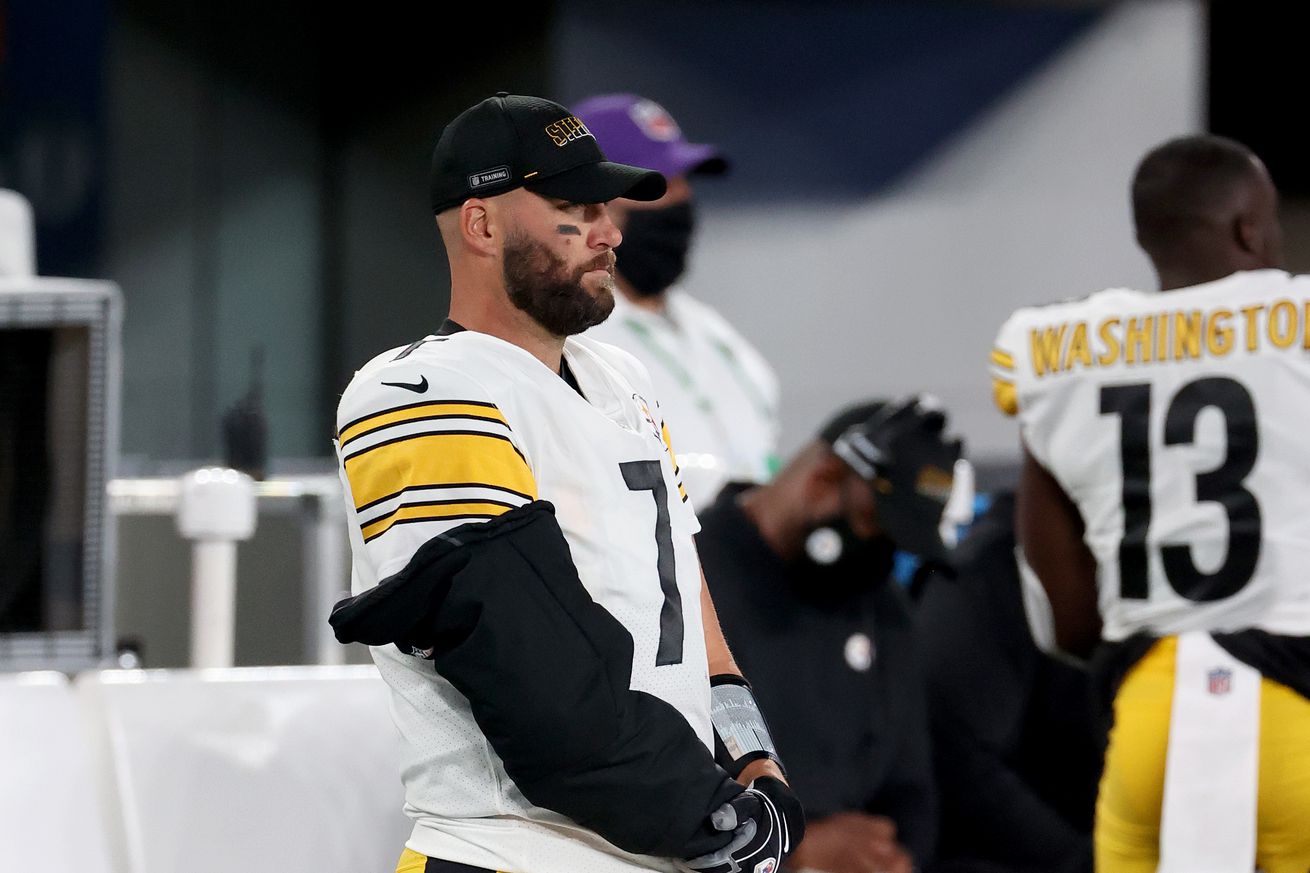 The Steelers’ franchise quarterback is reminded of what it feels like to play in an NFL game again.

The Pittsburgh Steelers checked a lot of items off their to-do list Monday night in MetLife Stadium.

Getting Ben Roethlisberger back and used to the speed, and physicality, of the game. Check.

Roethlisberger got out of the win over the Giants unscathed, and had a nice statistical with 3 touchdowns and no interceptions on the night. But let’s be honest, the biggest question fans had was how Roethlisberger was feeling after his first game action in nearly a calendar year.

“I was saying today I feel like I was just in a car accident.” Roethlisberger said via Zoom Wednesday. “Yesterday, I felt like I was in a train wreck. Hopefully, tomorrow it just feels like I fell off a bike or something. I’m definitely sore. The good news is my arm is the only thing that doesn’t hurt. That’s good.”

Although he got through the game, and his elbow was no worse off after throwing 32 passes, Roethlisberger detailed how the team is preparing to handle his work load throughout the season. As it turns out, it won’t be very different from years past.

“My arm feels great. We will just keep the same routine in terms of Wednesday rest day and then get back into it.” Roethlisberger said. “The biggest thing I’ve been told from the doctors is keep it warm, hence the sleeve on the sideline [pictured above] and the sleeve I wore during the game. That’s going to be the biggest thing from what I have been told is making sure it stays warm, throw some passes on the sidelines if there is a long series or something. For the most part, we are just going to do everything we can to keep it healthy and warm.”

Will there be a time when Roethlisberger’s elbow isn’t a main focal point after a game? Maybe, but not in the near future. Eventually questions will be geared to just his performances, and not how his 38 year old body is handling the rigors of life in the NFL.

Speaking of performances, Roethlisberger remains hyper critical of his play, and sees plenty of areas where he, and the offense, can improve heading into Week 2.

“I evaluated it the same way that I would. I looked at the way I played and decision making. I was self critical a lot.” Roethlisberger stated.

“There was rust early. Even late, it’s not like I played perfectly. I looked at sometimes that I maybe got up in the pocket a little too quick or didn’t have the same feel in the pocket early on that I’m probably used to having. I think that just comes with not getting hit even in practice. Yeah, you have a pocket and you step up, but defenders aren’t hitting you in practice. You kind of lose some of that feeling of where you can slide to, where you can step to. I think that will come back as the more reps and the more games you get into.”

The news from Roethlisberger is almost all positive after Week 1. His elbow feels great, the team is handling his workload moving forward to avoid future issues and the Steelers have started the year 1-0. Next up? The Denver Broncos in Week 2 at Heinz Field.

Be sure to stay tuned to BTSC for the latest news and notes surrounding the Steelers as they prepare for Denver as the next test in the 2020 regular season.