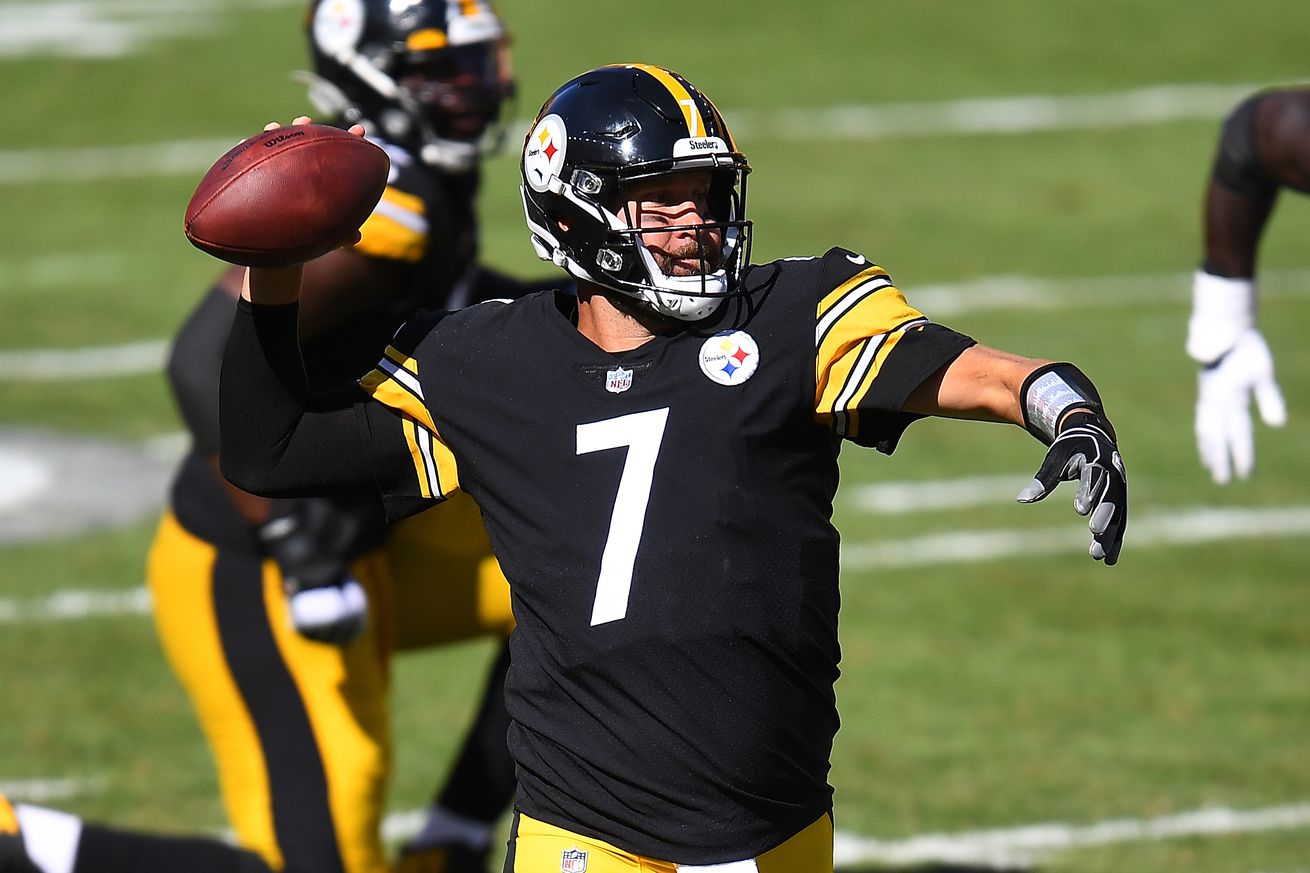 Who says you can’t teach an old dog new tricks?

Pittsburgh Steelers quarterback Ben Roethlisberger has seen a lot since being drafted 11th overall in the 2004 NFL Draft. He has seen his skill set change, he has seen the offense he captains change and he has see the game of football move into the pass-happy league it is today.

But just because Roethlisberger has been around and seen some things doesn’t mean his game, and mechanics, haven’t changed with the times. As for the mechanics, after undergoing season-ending elbow surgery in 2019 after having the majority of his flexor tendons ripped off his elbow, Roethlisberger has had to make some adjustments to this throwing.

This should come as a shock to absolutely no one, but when offensive coordinator Randy Fichtner, who served as Roethlisberger’s quarterback coach until this season, told reporters via Zoom while things are different for Roethlisberger throwing the ball, it isn’t a drastic difference.

“I don’t know that alter would be the word, I think finding that comfortable groove again.” Fichtner said. “Sometimes just like a golf swing you have to get in that groove and stay in that groove. Some of them guys make one tournament and end up placing really well for the next three or four weeks, and they’re in that groove. You know, finding that stroke with the proper footwork obviously versus getting back to getting live looks minus the preseason, Ben has the above the neck perspective in so many ways that you can never give to a quarterback that quite honestly hasn’t played as much football as he has.

“The fundamental and the idea of changing or altering, we just talk about the general things about rip the ball, win with your feet, let it rip, if you will. Sometimes, too, you see it happen with having to move in the pocket. Not everything is picture-perfect clean. We like to think it is as coaches and we are going to develop it to be, but the pocket is always changing. Having to step up and move to the right, move to the left and escape to the right and reset and things like that.

“I really believe that he is finding that common ground and, again, I would expect like all the guys if we continue to keep improving. I wouldn’t think that would be different just because he has played so much football because you realize he didn’t play football last year, basically. Couple that with the injury, I think he is finding that groove.”

Finding that “groove” will be key for the Steelers’ offense as they go against the Houston Texans in Week 3 at Heinz Field, but Roethlisberger’s approach to the game is something which might have been the most drastic change Fichtner has seen since he started coaching him.

“Yeah, he’s not the old dog that can’t learn new tricks.” Fichtner added. “He wants to win. And that’s just the bottom line. And to be the leader that he wants to be, if we want to talk about everybody improving early in the season much like you would if we had a preseason, that means everybody and he takes that as personal as anybody because he wants to win and he wants to lead a group.

“Coach Matt [Canada] and Mike [Tomlin] and myself will always look to make sure he won’t walk in on Wednesday and say, ‘I want to go. I want to take all the reps.’ Well, Ben, I love your want to, I love all that, but we have to be smart about the wear and tear over a long season that we are trying to have. I love his attitude about it. I know that he wants to be perfect and I know that we are not all perfect and we’re not going to be. But he strives to be, and I think that is part of the reason he is a great leader and why he has played in as many games as I guess I just found out that he has played and that type of thing. It is a credit to him. Like I said, he wants to work. We will hold him back and you need to for those Wednesdays.”

On the field, Roethlisberger has to be extremely excited for what the offense can produce in 2020. Once upon a time Roethlisberger had weapons like Le’Veon Bell and Antonio Brown, but now the list of weapons he has at his disposal are giving him the ability to spread the ball around. In other words, take what the defense is giving him.

That is something, according to Fichtner, Roethlisberger shouldn’t take for granted.

“Yeah, and I always remind Ben to stay with in the patterns and the concepts and the decisions that you make. Be firm about it. Those guys are all capable of making their plays. It’s nice that you have all those opportunities for that amount of guys who can make plays. From [Eric] Ebron to Vance [McDonald] to the rest of the wide out group. Our running backs are all really positive in their ability to be in the patterns and catch balls. Although, we haven’t been perfect and there is room for improvement at every level, I think Ben is in the comfort zone of realizing, “Hey, I get my eyes in this spot in this progression,” and it goes one, two, three and away we go and the ball will come out at a good time and the guys who are put in those positions to make plays will make them.”

Roethlisberger has changed a lot over the years, but so have the Steelers. Long gone are the days of Roethlisberger relying on his backyard skills to make plays. Things are much more systematic and planned compared to Roethlisberger’s early years in the league. Nonetheless, every now and again you will see that backyard gunslinger mentality come out, and it is a throwback to previous years in the Roethlisberger era.

Changes have been made, and success has been attained at every level, but can this offense do even more? Can this offense be the unit that takes the Steelers not just to the playoffs, but to the Super Bowl? They are taking it one game at a time, and so far, so good for the 2-0 Steelers.

Stay tuned to BTSC for the latest news and notes surrounding the Steelers as they prepare for the Texans on Sunday for a 1 p.m. ET kickoff at Heinz Field.