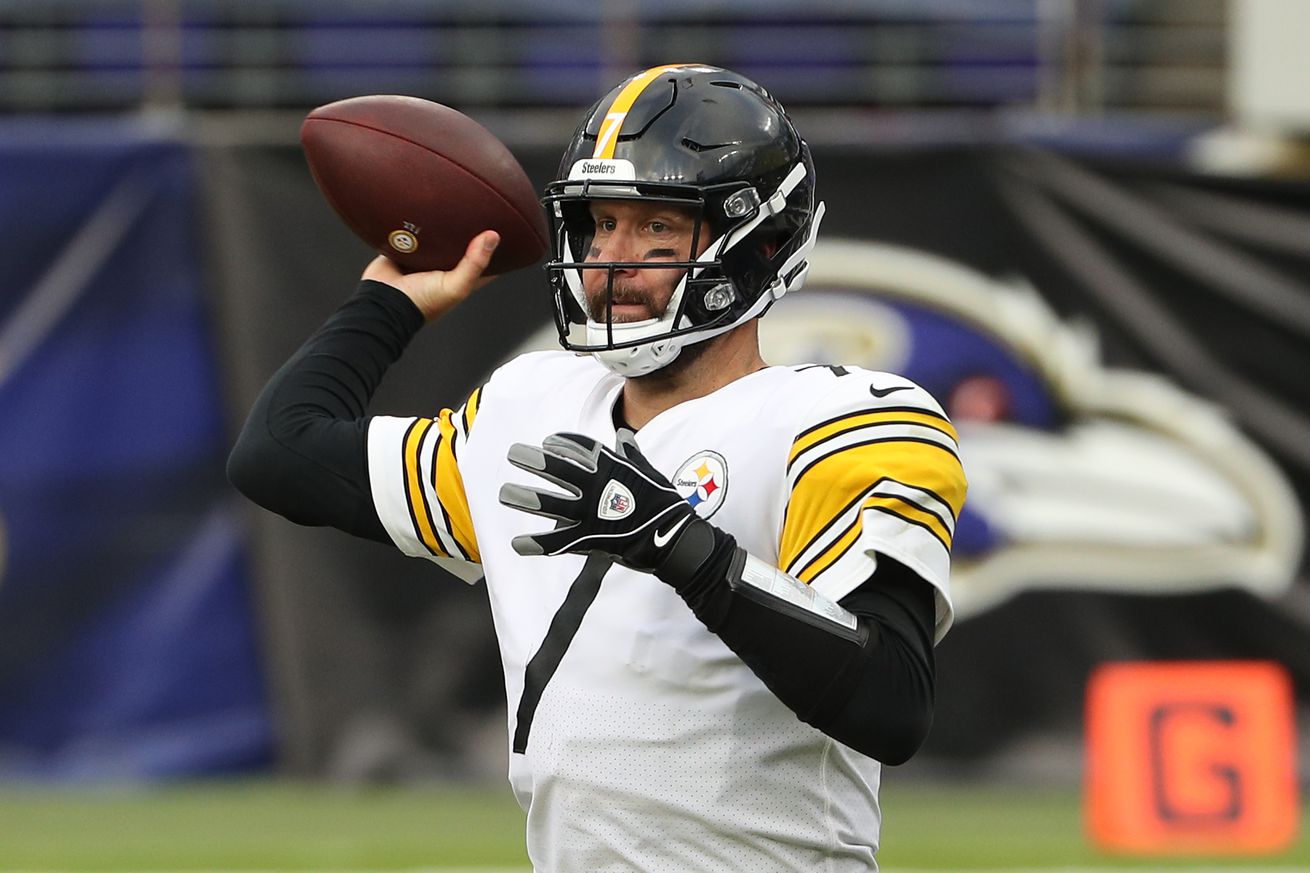 Steelers quarterback Ben Roethlisberger has the quickest release in the NFL. 2020 really is a strange year.

I realize the phrase “(insert something crazy and/or bizarre here) might be the most 2020 thing ever” gets thrown around a lot. I mean, I get it, 2020 has been all kinds of crazy; you can certainly point to many things over the past 10-plus months that could be nominated for the most 2020 thing of the year, but what are they going to blame things on when Dick Clark drops that big ball on December 31?

Come to think of it, Dick Clark coming back from the dead to host a Rockin’ New Year’s Eve special might be the most 2020 thing ever.

Actually, I have one that may one-up Mr. Clark for the Most 2020 Thing Ever award: Steelers quarterback Ben Roethlisberger has the quickest release of any passer in the NFL this year. According to the latest Next Gen stats, Roethlisberger is releasing the football 2.29 seconds after the snap. That’s right, in addition to turning into this grizzly old vet that now likes to study plays on his tablet in-between possessions, change protections on the fly and maneuver his passing targets around like chess pieces, pre-snap, Roethlisberger is now getting rid of the football with a quickness that would make Dan Marino proud.

What in the holy heck are you trying to do, 2020? I remember the days when Roethlisberger held onto the football way too long. This often occurred during plays in-which he was sacked and not necessarily on ones in-which he made something positive happen with his arm and/or legs. In fact, I distinctly remember watching the famed AFC North-clinching clash between the Steelers and Ravens at M&T Bank Stadium with my brother late in the 2008 season. I don’t know if you remember much about the 2008 season other than the Super Bowl XLIII victory that put a bow on it, but it was also the year of the “Throw it away!” It also happened to be a season that saw Roethlisberger get sacked 46 times and smacked to the turf a million more (unverified).

Anyway, back to that game against Baltimore. The Steelers took it on the chin for most of the day—it was like the first 14 rounds of Rocky II—and after a sack on Roethlisberger at one point in the game, my brother said, “He holds onto the ball too f***** long!” I retorted with (and this may be my favorite retort of all time), “You can only ask a quarterback to throw the football away so many damn times. The offensive line sucks!” (This is the kind of attitude that would one day get me in trouble with Justin Hartwig, the Steelers Super Bowl center that season.) The Steelers won that day and a few more times en route to their sixth title.

Roethlisberger managed to survive that season in one piece, but the injuries piled up in subsequent years. Fortunately, he eventually learned to get rid of the football quicker, and his sacks and smacks were significantly reduced. It helped that the Steelers rebuilt the offensive line into one of the best in the NFL.

Here we are, today, and while the offensive line is still rather good, it’s not quite what it once was. I believe that showed a bit in 2019, when the unit struggled in the wake of Roethlisberger’s season-ending elbow injury.

But as has been discussed, a franchise quarterback does wonders to fix an ailing and aging offensive line. The Steelers line has more than held up its end of the bargain in 2020, this despite some crucial injuries. But how much of that is due to Roethlisberger and the quickest release in the NFL? I’m sure it helps.

Roethlisberger’s continued evolution into one of the most responsible, mature and professional quarterbacks in the entire NFL. That might be the most 2020 thing ever.