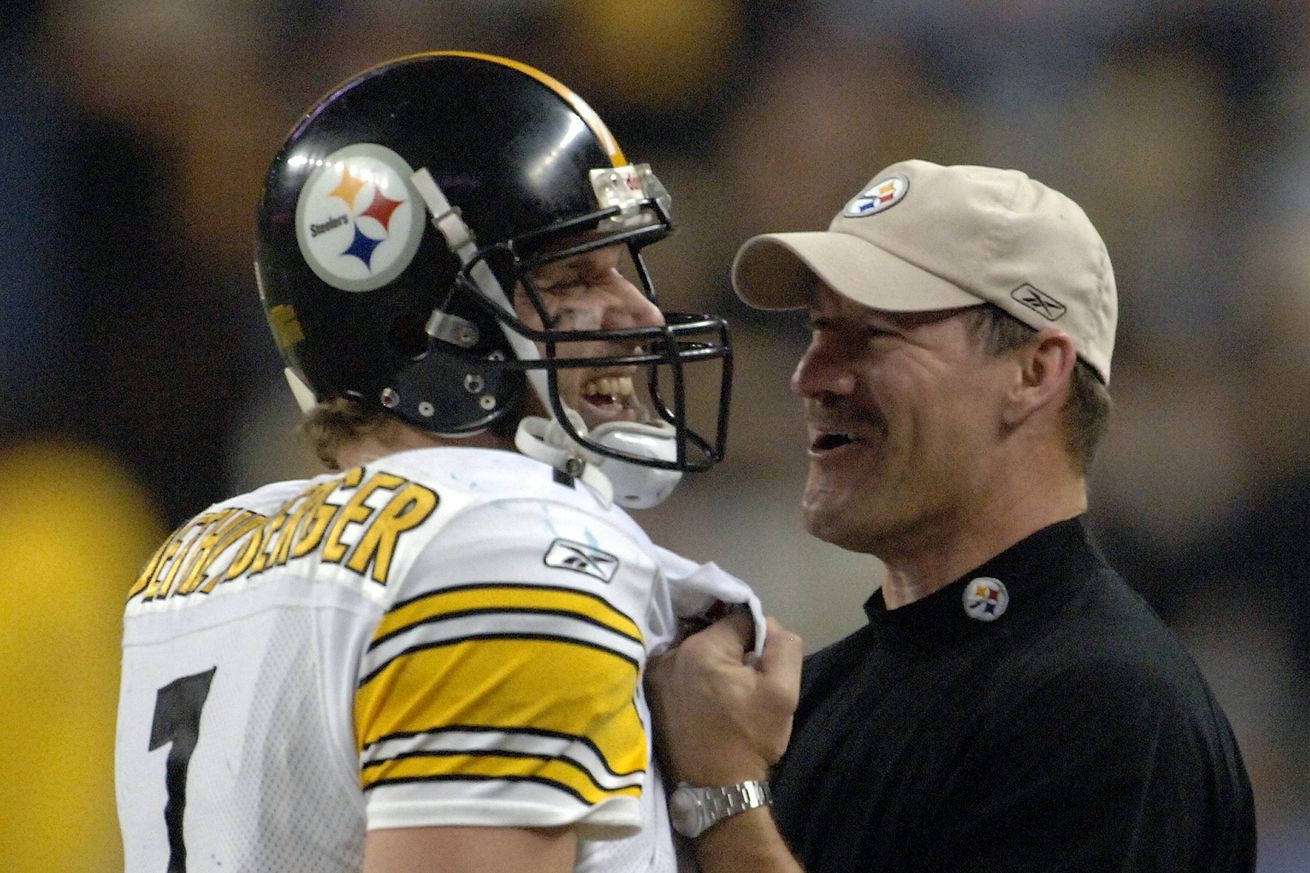 The Pittsburgh Steelers have been fortunate. Since 1969 they have had only three head coaches, and during that time they have collected six Lombardi trophies. Of those six, only two quarterbacks have claimed championships.

Prior to the Steelers’ Week 2 game vs. the Denver Broncos the second of those three coaches, Bill Cowher, and the quarterback he drafted, Ben Roethlisberger, had a virtual sit down leading up to the week’s action.

While this interview is old by today’s standards, it is one which is worth sharing. During the interview Cowher asks Roethlisberger about several things.

If you are like me, and missed this interview when it aired, check it out below. It is worth watching for the die hard Steelers fan.

“This is home. I don’t know anything but bleeding black and gold.”
@Steelers QB Ben Roethlisberger sits down with his former coach @CowherCBS to discuss his fight to get back in the game and his devotion to the Steelers organization. pic.twitter.com/A0Q7Yj2yBA

For the latest news and notes surrounding the Steelers as they prepare for the Houston Texans in Week 3, be sure to stay tuned to BTSC.