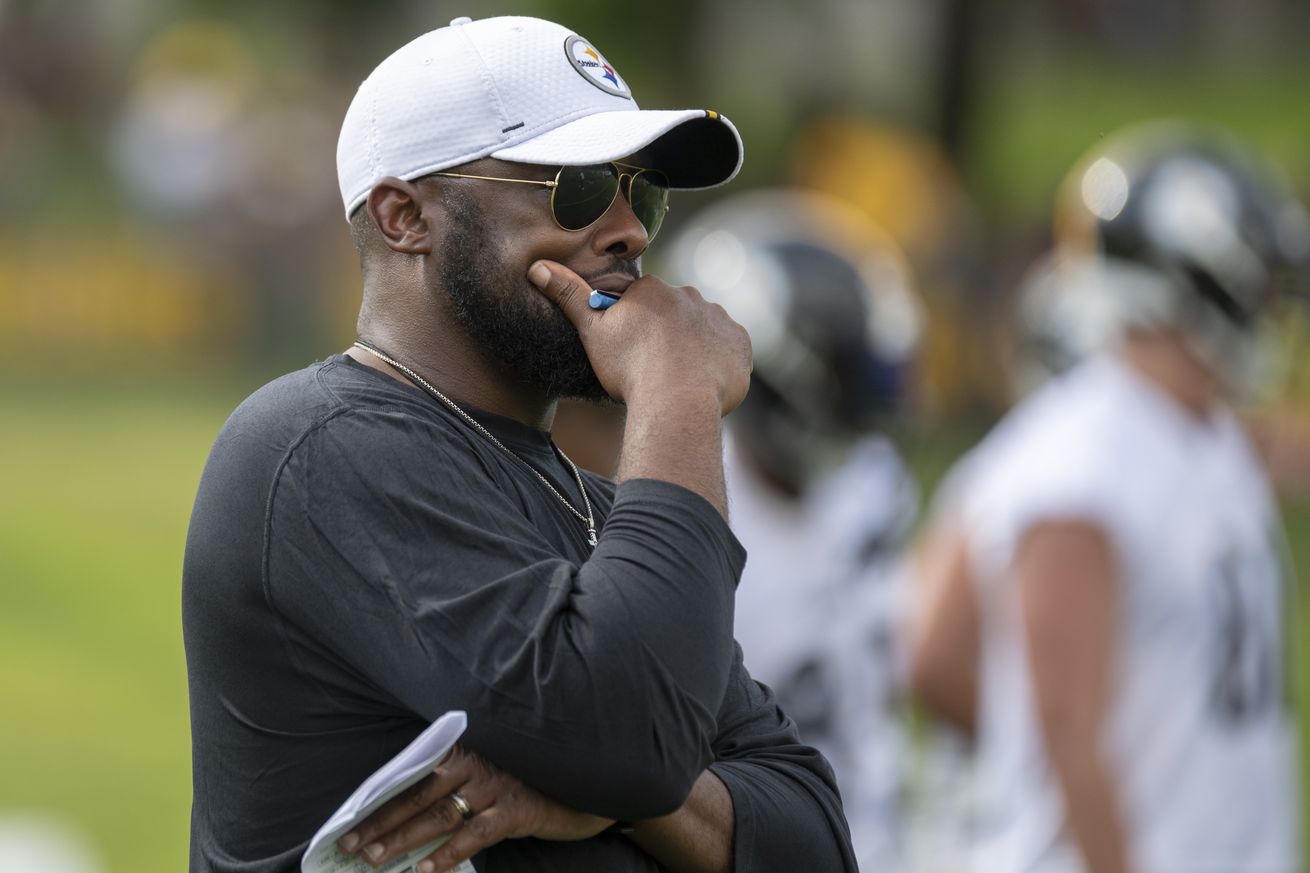 Time to check on the latest news surrounding the Pittsburgh Steelers

It has been a one-of-a-kind offseason for the Pittsburgh Steelers in 2020. Unable to attend most player pro days and participating in the NFL’s first virtual draft, the Steelers keep pushing forward toward a return to football activities. Just because the Steelers are unable to hold their typical OTA’s doesn’t mean we stop providing you with features, commentary and opinions to tide you over throughout the offseason!

Today in the black-and-gold links article we take a look at the lack of time available for the Steelers to prepare for the 2020 NFL season.

Tomlin comfortable with camp, not with time to prepare

The NFL has made some sweeping decisions as they return to facilities amidst the coronavirus pandemic. One of those has been forcing all 32 teams to stay at their home facilities for training camp. Another will be specific dates when teams are permitted to report to camp.

Either way, the Steelers won’t be making their yearly trek to Latrobe and Saint Vincent College, instead taking their training camp to Heinz Field. During a recent virtual press conference Mike Tomlin spoke about his overall comfort level with staying at Heinz Field, and concerns he has with the situation.

“We have additional space than the 100 yards.” Tomlin said about only having one field at his disposal. “There is perimeter space that we also have to use. From time to time, we work on a one-field structured format. Whether we are working at the indoor or working at Heinz Field. We have had several practices at Heinz Field.”

Having the 100 yards, and then some, at Heinz Field for the team to utilize might be fine, but it doesn’t mean Tomlin doesn’t have some hesitation about the situation.

“My only concern about the utilization at Heinz Field is not space, it is about the wear and tear of the field. Our intentions are right now — on a regular scheduled basis to be determined — that we will get on buses and come to the South Side and utilize our grass fields here from time to time in an effort to help preserve those fields. But that schedule is yet to be determined. But those are the only concerns about Heinz field as a venue regarding the field surface.”

Loving the look of the schedule

When the NFL released the 2020 schedule in April, football fans all over the country, and world, rejoiced with excitement.

And now, with less than three months until the regular season opens for the Steelers, the excitement is still just as strong.

And not just from the fans. Steelers players were just as excited.

Just like the rest of us, Steelers players were thrilled to see the schedule come out, knowing it signaled the start of something special.

“With everything that has gone on, everybody taking a pause in sports, just to see the schedule gives us hope, something for us to all look forward to,” said Steven Nelson.

That feeling of hope was echoed by others, including Tyson Alualu who said seeing the schedule is something that excites him, but even more this year.

“Everybody looks forward to it,” said Tyson Alualu, who was earmarked as getting a leg up on the nose guard position by Coach Mike Tomlin when he spoke to the media this week. “Especially with the sports that are supposed to be in season now, them not playing. I think this gives hope to sports fans around the world, myself included. It gives us all hope, gets everyone excited, and gets us excited to play those games.

The Steelers complete their tour of the NFC East with a game vs. the Redskins in Week 13. Will the game be more continued dominance against Washington, or will the young, upstart Redskins prove to be a formidable foe? Time to break it down.

Can Matt Feiler have another strong year in 2020?

We’ve teamed up with local partners to bring Trucks of Hope to the Pittsburgh area!@_BigBen7, @VMcDonald89 & both of their families spent time this afternoon packaging up food and preparing it for distribution to families in need!

.@_BigBen7 and Ashley are unpackaging some of the food and prepping it for distribution! pic.twitter.com/zCTj8YbTej

Who needs a box cutter when you’ve got @VMcDonald89? pic.twitter.com/cfFsec9fgR