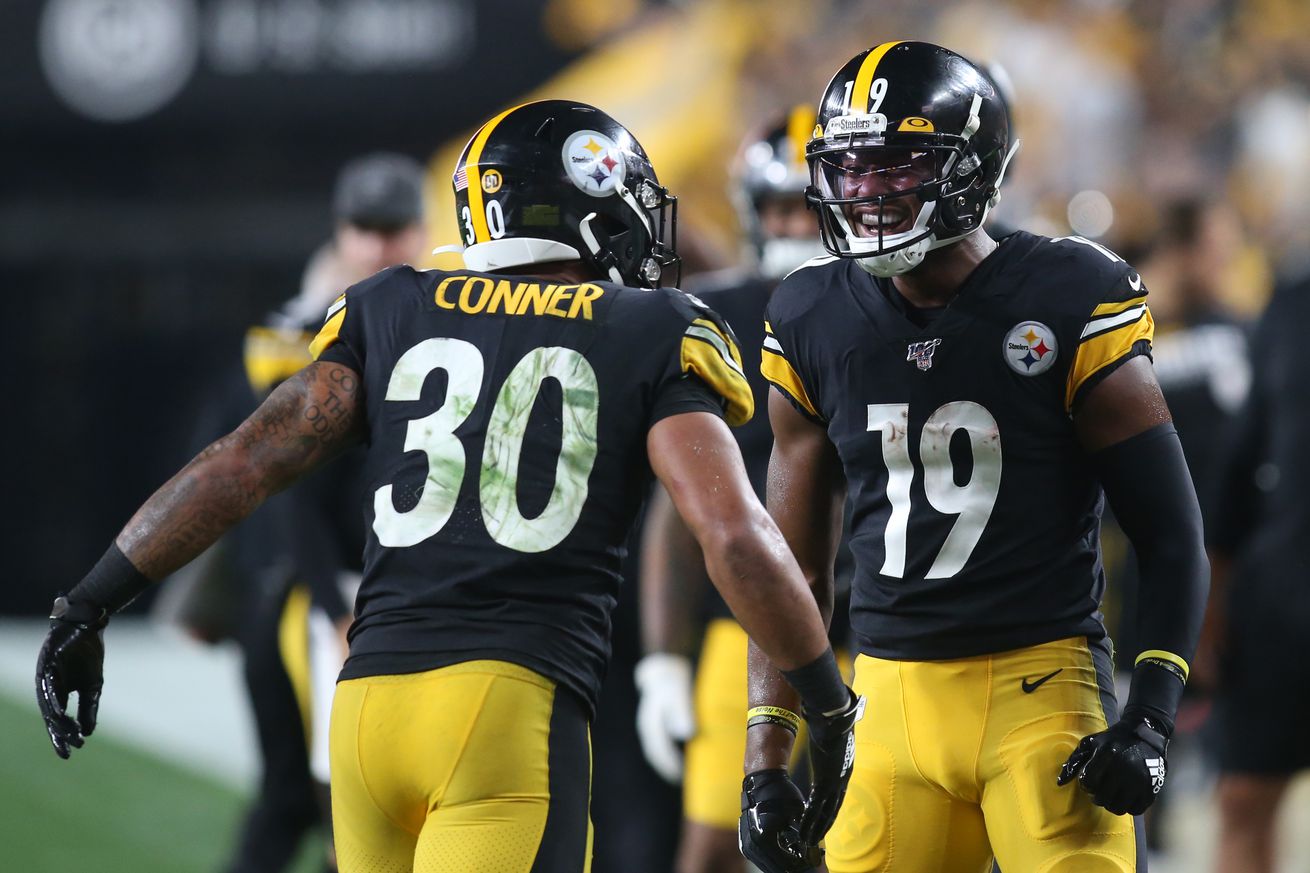 It has been a one-of-a-kind offseason for the Pittsburgh Steelers in 2020. With training camp now behind us, it looks like we’ll have to wait until opening weekend to see the Steelers take the field. It is on to the regular season!

Today in the black-and-gold links article we take a look at how the Steelers’ 2017 NFL Draft class was special, but their time together looks to be coming to a close.

2017 draft class was a winner for Steelers, but time together might be running out

They grow up so fast.

It wasn’t long ago players such as JuJu Smith-Schuster, James Conner and T.J. Watt were seen as the future of the Pittsburgh Steelers.

Now, it appears two of them are mere months from becoming part of the organization’s past.

That’s not assured, of course, but with Smith-Schuster and Conner entering the final year of their rookie contracts, odds point to them becoming unrestricted free agents in the spring.

So, Monday’s game against the New York Giants might be the final opener as teammates for members of their 2017 draft class, which is looking like one of the Steelers’ best in recent years. After three seasons, first-rounder Watt, second-rounder Smith-Schuster and third-rounder Conner each have been named to at least one Pro Bowl.

Unlike the draft class that preceded them — seven 2016 picks combined for zero Pro Bowl berths, and none remained with the team until Sean Davis was brought back via waivers Sunday — the Steelers’ rookie class from 3½ years ago is leaving its mark on the organization.

In Pittsburgh, sports fans and the attendant media aren’t brilliant at much. But overrating and overestimating have proven to be specialties.

The Penguins had a “great” pre-playoffs camp, whatever that means. They were “flying out there,” especially Evgeni Malkin. That provided pretext for a long playoff run. Actual evidence like losing eight of 11 before the covid break and being swept by the New York Islanders in last year’s first round were ignored. So the Penguins fell victim to their own hubris, as well as ours, not to mention No. 24 seed Montreal. Malkin shot 0 for 21 from the field.

Next season will see us continue to slam the window shut on our own fingers.

The Pirates lost 93 games last year and slashed payroll to the bone. Yet many slobbered optimism at the random nature of a 60-game season and cited great young players such as Bryan Reynolds, who is hitting .181. The Pirates stink. That was always going to happen.

The key word is speed: The Steelers will have to wait an extra day to kick off the 2020 season, playing Monday night against the New York Giants at MetLife Stadium.

The wait has been worth it for the Steelers under Coach Mike Tomlin, as the team has a 15-2 record on Monday Night Football under him.

“The thing about Monday night is you get the bonus day of preparation,” said T.J. Watt. “Coach Tomlin, the whole coaching staff and the players do a great job of utilizing that extra day to hammer out any final details. To go over the game plan and make sure that we’re very detail oriented, especially when it’s the first game of the season. To have that extra day is going to help us be a lot more effective and play a lot faster come Monday night.

“It’s important to be one game at a time, one practice at a time, and that’s what I love about this defense. We’re flying around, making plays every single day out here on the practice field. We’re, more than anything, excited to be able to go up against a different team and it so happens to be the New York Giants. They have a lot of great weapons, but we feel we have a lot of great players on our team as well. Schematically we feel very confident going into this matchup.”

One of the many things the Steelers defense has going for them is the ability to play fast. It’s part of their calling card and something that has Watt excited.

Welp, so much for that Watt Family Reunion

Are these the best Steelers CBs since Rod Woodson played?

See who the experts like in Steelers vs. Giants

Two Steelers ready for the prime time and postseason awards

How Sean Davis can help the Steelers’ defense in 2020

7️⃣ is the next step. #HereWeGo #ItTakesAllOfUs

.@missi_matthews details Friday’s practice report and talks about Zach Banner being named the starter for the RT position, James Conner’s thoughts on being called the ‘bell cow’ by Coach Tomlin & more. pic.twitter.com/iMyNBKgWvV