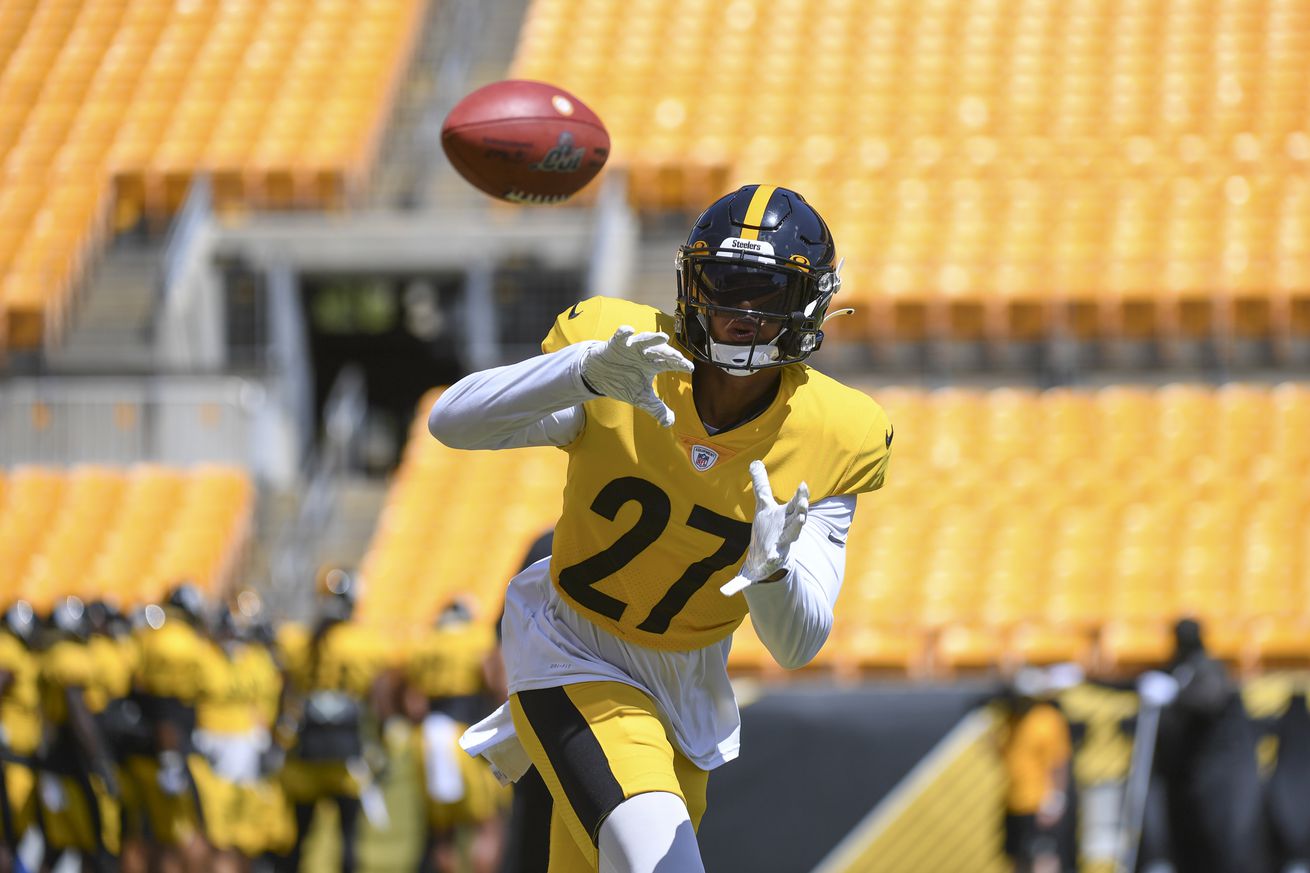 It has been a one-of-a-kind offseason for the Pittsburgh Steelers in 2020. With the start of training camp now behind us, it looks like we’ll have to wait until opening weekend to see the Steelers take the field. Just because the NFL has cancelled the preseason doesn’t mean we stop providing you with features, commentary and opinions to tide you over throughout the offseason!

Today in the black-and-gold links article we take a look at how the Steelers, despite the strange circumstances, are bringing the heat at Heinz Field this Training Camp.

Give and take, a calculated game and Chase Claypool

EYE OF THE BEHOLDER: It’s inevitable, even if it’s also unrecognized by design at times.

The defense comes up with a takeaway, a tackle for a loss or a big pop, such as the one free safety Minkah Fitzpatrick delivered on tight end Eric Ebron, a “Welcome-to-Pittsburgh shot,” as Ebron described it.

The offense scores in “Seven Shots” or in the red zone, regular occurrences that commenced on the first day in pads when rookie second-round wide receiver Chase Claypool went up and over veteran cornerback Joe Haden and came down with the ball in the end zone, mostly because Claypool, according to Haden, “wouldn’t let me knock it out.”

It’s what head coach Mike Tomlin references as “ebb and flow,” and it’s as much a part of Steelers training camp as sweat, even in a pandemic.

“There is going to be ebb and flow and it’s all the story you choose to tell.”

“What practices are you watching?” Fitzpatrick countered, when asked about the offense making its share of plays.

“The type of offense we have, knowing (quarterback) Ben (Roethlisberger) and everybody out there, they’re going to take advantage of it.”

Part of what the defense is honing at Heinz Field is an attitude.

When the NFL schedule was released a few months ago, the Watt family circled the date Sept. 27.

With the Houston Texans visiting the Pittsburgh Steelers at Heinz Field that day, it would be the first time all three Watt sons would occupy the same football field. That was made possible when middle child Derek signed with the Steelers in free agency.

He and T.J. Watt would get a chance to go up against big brother, J.J., the three-time NFL Defensive Player of the Year for the Texans.

The on-field reunion still will take place as scheduled. It’s just that John and Connie Watt won’t be able to watch their sons play in person with the Steelers announcing fans will not be permitted to attend the first and second home games of the season because of the coronavirus pandemic.

The Steelers turned on the lights and simulated game conditions Friday night at Heinz Field amid a steady rain coach Mike Tomlin embraced.

In little more than two weeks, the Steelers will open the regular season at the New York Giants, so Tomlin used the occasion to simulate road conditions for his players.

The players exited the visiting tunnel and stood on the visiting sideline during what Tomlin termed a “mock game,” which, essentially, was a controlled scrimmage that lasted 45 minutes.

Tomlin had no thoughts about liming the gameplan because of the inclement weather. Quite the opposite.

Mark Barron is now a member of the Broncos

Joe Haden looks back at when the Browns released him

What if the Steelers signed the next player in specific draft classes?

The Steelers are still being cautious with Ben Roethlisberger

What are the odds the Steelers are interested in Jadeveon Clowney?