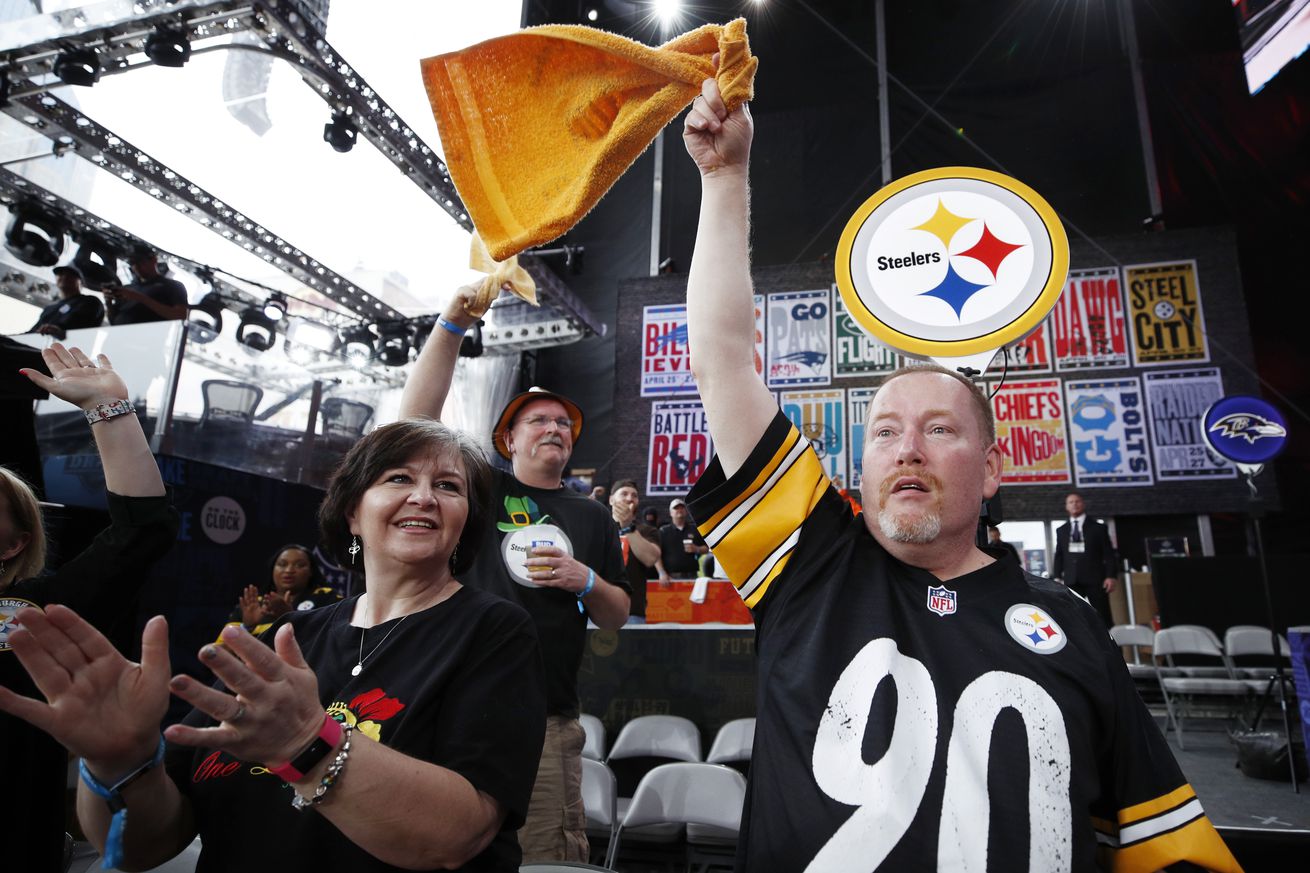 Today in the black-and-gold links article we take a look at how the attention of football fans everywhere has turned from Free Agency to the 2020 NFL Draft.

After being active in the first week of free agency, the Pittsburgh Steelers have turned to preparations for the NFL Draft next month.

In a video interview with the team’s website, general manager Kevin Colbert said the Steelers are on “pause” in the free agency process.

“Can we still do some things further down the road? Sure,” Colbert said. “In the short term, I would say we’re temporarily — I don’t want to say we’re out of business, but we’re satisfied with where we are at this point.

“We’ll continue to address it as it continues to unwind and we get deeper into our draft meetings.”

Colbert said if the predraft meetings determine the Steelers won’t get a player at a specific position, they will revisit free agency to fill that void.

As a result of the signings, Colbert said “we’re up against it pretty good,” in reference to the $198.3 million salary cap.

“We made a lot of anticipated moves that we wanted to make.”

Another was the only coach hired twice by Chuck Noll.

And the third coached Pro Football Hall of Fame linebackers Jack Ham and Jack Lambert during his four championship seasons in Pittsburgh.

Three former Steelers assistants — George Perles, Dan Radakovich and Woody Widenhofer — died within 76 days of each other in the first three months of 2020.

Perles, who was coach and athletic director at Michigan State, died Jan. 7 in East Lansing, Mich. He was 85.

Radakovich, a Duquesne native who spent 13 seasons on the staff at Robert Morris and is a member of its Hall of Fame, died Feb. 20 in Moon. He was 84.

No move during free agency was as big of a deal as Tom Brady going to the Tampa Bay Buccaneers, so we talked to Jay Recher of WDAE Radio about how it transpired.

It sounds like it was a slow boil that started in January.

Recher says part of the pull for Brady to Tampa — aside from the weather, no state income tax and the allure of throwing to standout receivers such as Mike Evans and Chris Godwin — might have been the notion of playing for head coach Bruce Arians.

How Eric Ebron will transform the Steelers’ offense

The best and worst signings by the Steelers, per PFF

Can you guess the player?