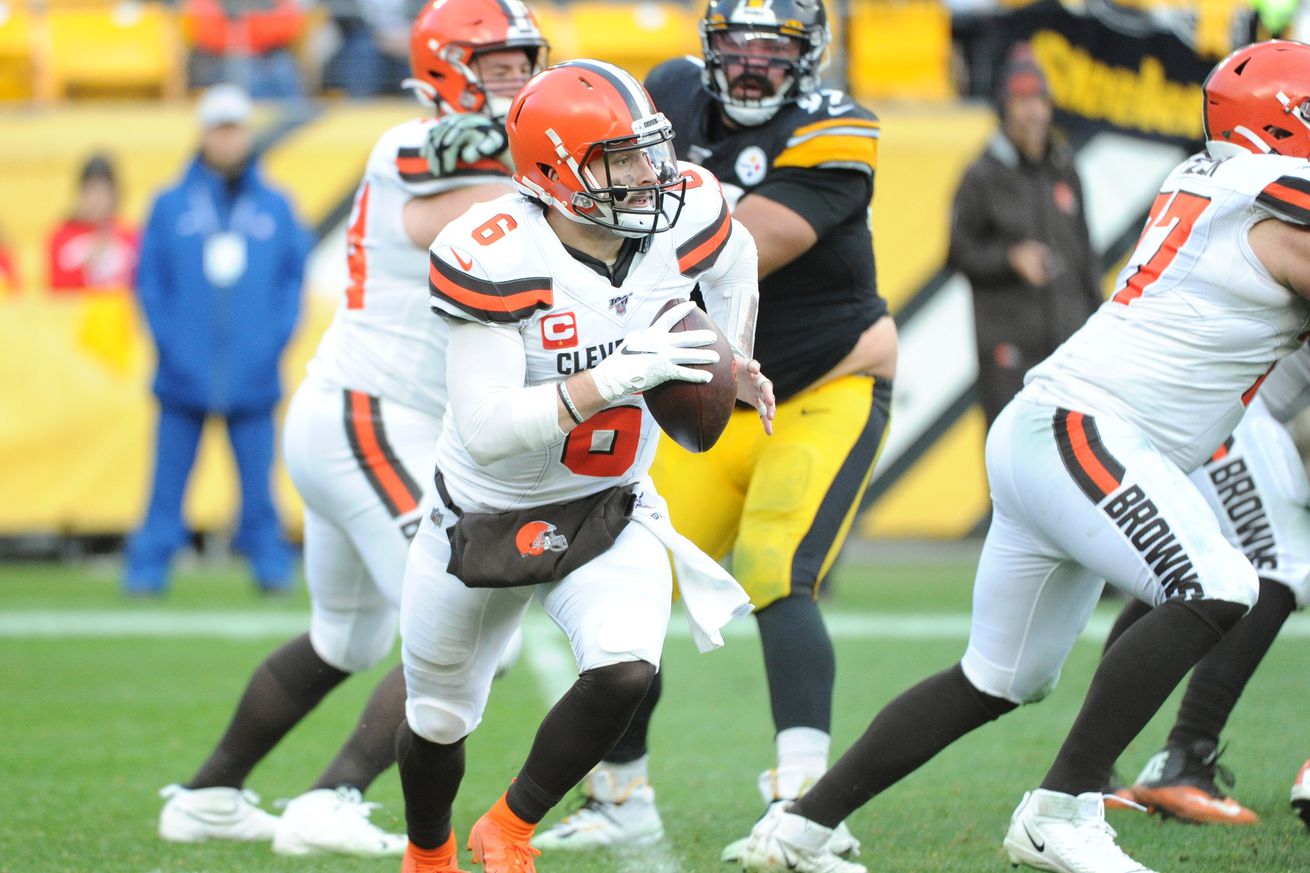 The Steelers will have their first AFC North game in Week 6, and there are some key injuries to track for the Browns.

It is hard to believe, but entering Week 6 the Pittsburgh Steelers are just now preparing for their first divisional play of the 2020 regular season. They are the last team that calls the AFC North home to play a divisional contest. In fact, everyone in the division has played at least two divisional games heading into the sixth week of the season.

With that said, the Cleveland Browns are preparing to head into Heinz Field this Sunday, and they have some injury questions before this huge game.

The biggest name to watch would be none other than quarterback Baker Mayfield. Mayfield never left the game vs. the Indianapolis Colts in Week 5, but injured his ribs during the contest. Reports are the X-Rays on Mayfield’s ribs were negative, but head coach Kevin Stefanski is expecting Mayfield to play through the injury.

This is what he told reporters during his weekly press conference Monday:

There is no doubt Mayfield will play through the injury, but will it impact his effectiveness is another question. This injury is on his right side, his throwing side, and he will be going against the Steelers defense who is known for punishing quarterbacks. In fact, they average 5 sacks a game as they have accrued 20 sacks in just four games throughout the regular season.

The group which is given the task of keeping the likes of T.J. Watt, Bud Dupree, Cameron Heyward and Stephon Tuitt off Mayfield is dealing with an injury of their own. Right guard Wyatt Teller left the Week 5 win over the Colts with what Stefanski is calling a calf strain.

Will he play in Week 6 is certainly up in the air. Stefanski called the injury “week to week” and not “day to day”

#Browns coach Kevin Stefanski on whether he expects RG Wyatt Teller to miss Sunday’s game in PIT: “We’ll see. But it’s a calf strain. So I would put it at week to week, less so day to day.” Stefanski added Teller’s injury doesn’t involve Achilles tendon. Chris Hubbard next man up

The Steelers will be going against a familiar face if Teller can’t play, and that would be former Steeler Chris Hubbard. How big of a drop off is it from Teller to Hubbard? Hubbard has experience and versatility, but Teller was Pro Football Focus’ highest graded offensive lineman to date.

Browns RG Wyatt Teller will not return (calf), per @Jake_Trotter

A lot can change throughout the week, and the Steelers certainly have some injury issues of their own, but these are two injuries worth keeping an eye on as the work week progresses. In the meantime, stay tuned into BTSC for the latest news and notes leading up to Week 6 of the 2020 regular season.