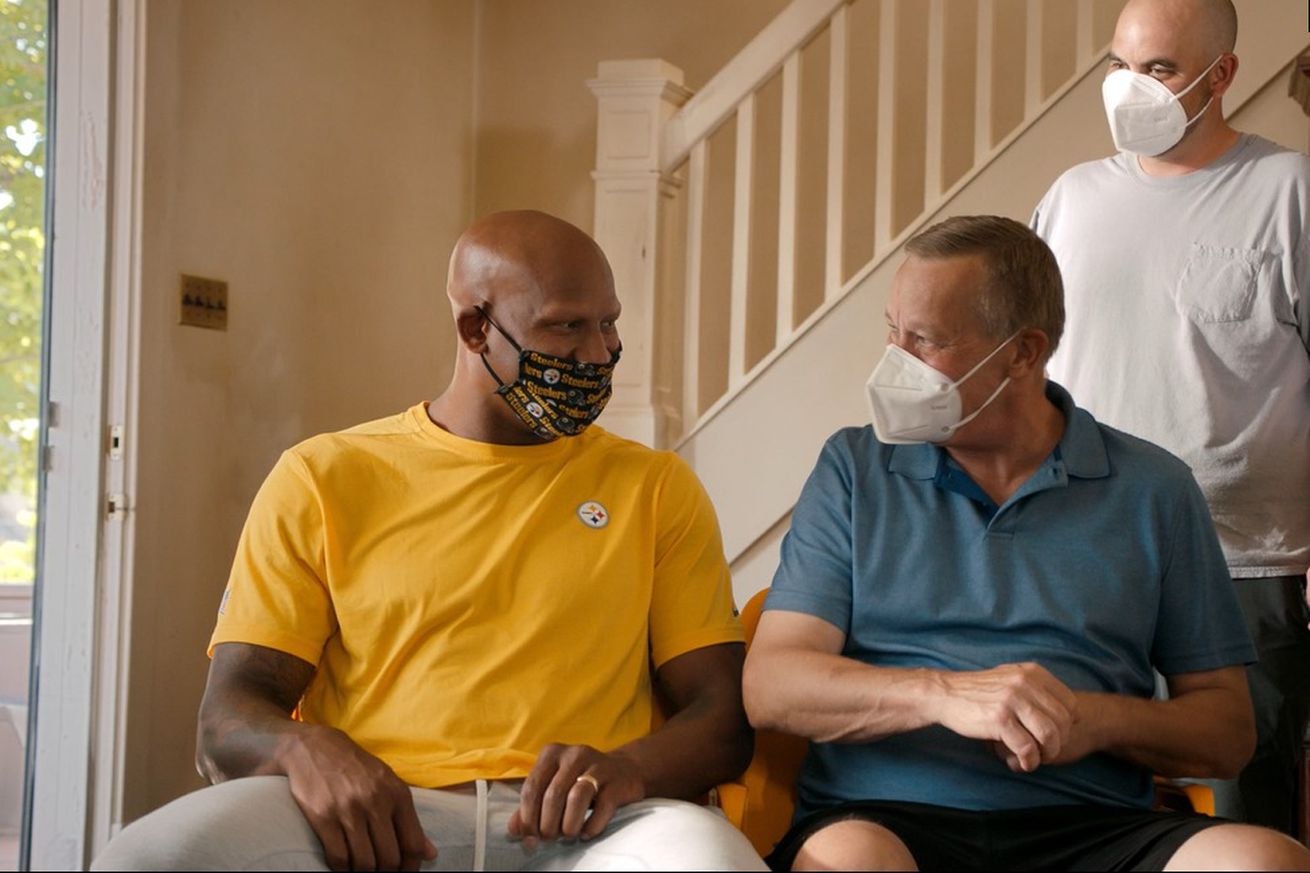 Thanks to Ryan Shazier and Pepesi, two Steelers’ fans had their Heinz Field seats delivered to their house as a part of the “Every Game is a Home Game” program. Shazier discussed the program and more in an interview with BTSC.

The 2020 NFL season is going to look very different for a lot of fans. For those Steelers’ fans who are fortunate enough to call themselves season ticket holders will be missing out on many of their game-day rituals. In order to bring some normalcy to two fans who will not be able to attend in 2020, Pepsi has launched their “Every Game is a Home Game” program. In a short documentary which can be seen HERE, it shows a father and son who share their story as Steelers’ fans being awarded with their two seats from Heinz Field to watch during the upcoming season. And who was the delivery man? It was none other than Ryan Shazier.

As part of the program, I was able to have exclusive interview with Shazier. Not only did we discuss his involvement with “Every Game is a Home Game” but he also shared some details of his current status with the Steelers along with his thoughts on the upcoming 2020 season.

When asked about his involvement with Pepsi and the program, Shazier talked about the opportunity to encourage others who have gone through some trying times.

“Pepsi got in contact with us and we just we talked about the opportunity just to be able to uplift somebody, especially through the terrible situation of 2020 right now,” Shazier replied. “So I thought it was great to be able to join Pepsi in the ‘Every Game is a Home Game’ program because a lot of people might not be able to go to games this season and just to bring some type of excitement, some type of goodness, some type of thrill to somebody that’s going through some adversity theirselves. But also in the midst of 2020 where sports is something that you only get to see you from TV nowadays instead of actually being able to experience it. So we just thought it would be great to actually meet the person and go there and allow them to actually have the seats that they sit in at the game so they can have somewhat the same experience, but just from their home instead of at Heinz.”

Shazier also discussed what he is currently doing when it comes to football and the Pittsburgh Steelers, noting the tier system due to COVID-19 is what has been keeping him from the facility.

“As of right now, I’m just rehabbing and taking it one day at a time,” Shazier stated in regards to his current goals. “I’m still trying to get as healthy as possible. With coronavirus it sucks because I can’t be with the team as much as I would like to because of the tier system and I totally understand, but I’m just taking it one day at a time.”

My entire interview with Ryan Shazier courtesy of Pepsi where he discusses his thoughts on the Steelers’ upcoming season is available in audio form through the BTSC family of podcasts and can be heard below.

Be sure to check it out on the following platforms:

The “Every Game is a Home Game” short film can be seen below.