This week, teams around the league each took its own approach to speak up about the racial unrest that continues in communities across the country.

While Steelers head coach Mike Tomlin has chosen to keep working and not cancel practice, his team has had internal discussions about how best to take action. Ahead of Friday night’s practice, the players took to Heinz Field to make an impactful display of unity. With linked arms, they stood behind Tomlin who presented a moving speech about the Steelers’ commitment to seeking social and racial justice. It was a moment the organization typically chooses to keep private, and the fact they went public Friday night speaks volumes.

After practice, players took to social media to share their concerns with followers. 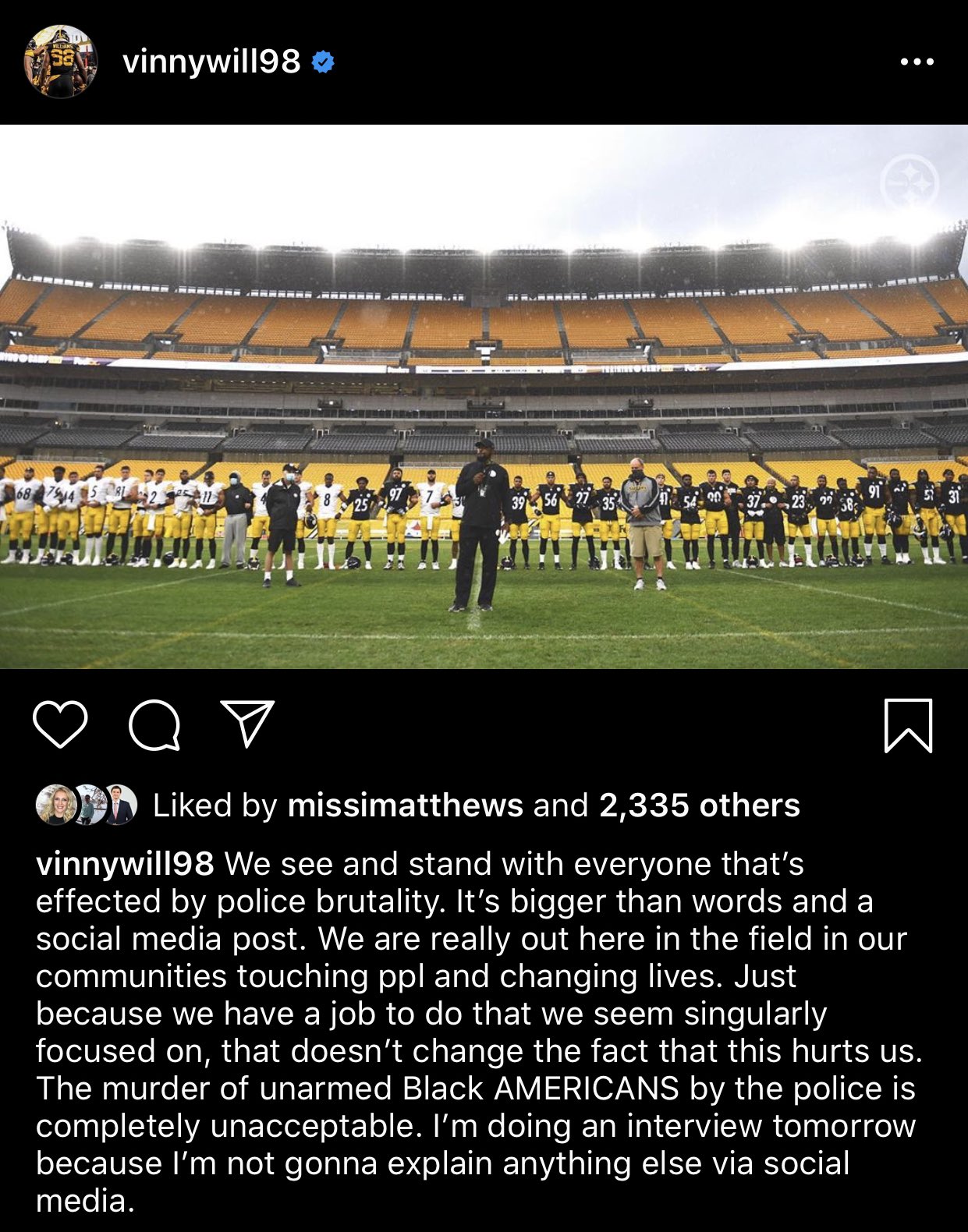 Linebacker Vince Williams wrote in his Instagram post, “Just because we have a job to do that we seem singularly focused on, that doesn’t change the fact that this hurts us. The murder of unarmed Black AMERICANS by the police is completely unacceptable.”

The interview Williams noted took place Saturday morning. He and teammate Cam Heyward joined Steelers media for a Zoom call and explained their stance on behalf of their organization.

“We can’t be blind to what’s going on,” Heyward said. “We’ve seen too many injustices to be silent. Our community is hurt day in, day out. And we’re left with the question, ‘Why?’. As we are held accountable on the field, we want to be accountable off the field, and we feel others should as well.”

“We all have children, and what we’re looking at right now is not going to get it done for our children in the future…They’re growing up in a world where they’re not accepted.”

“We always speak up inside of our locker room,” added Williams. “We talk about these things all of the time…everybody is encouraged to speak up.”

A recent hot topic of debate has been the separation of sports and politics. Williams suggests we all take a look at the past.

The NFL does not want to turn a blind eye to social and racial injustices as they have in the past. The league and its teams will continue to use their platforms to help make sure that the fight for equality and diversity is loud and clear and never forgotten. 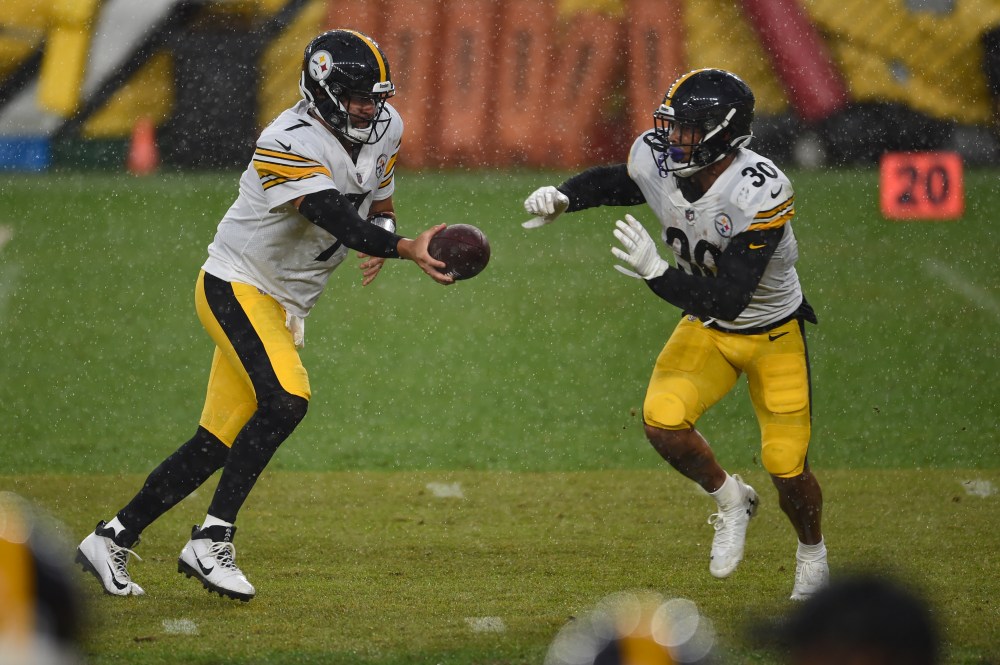