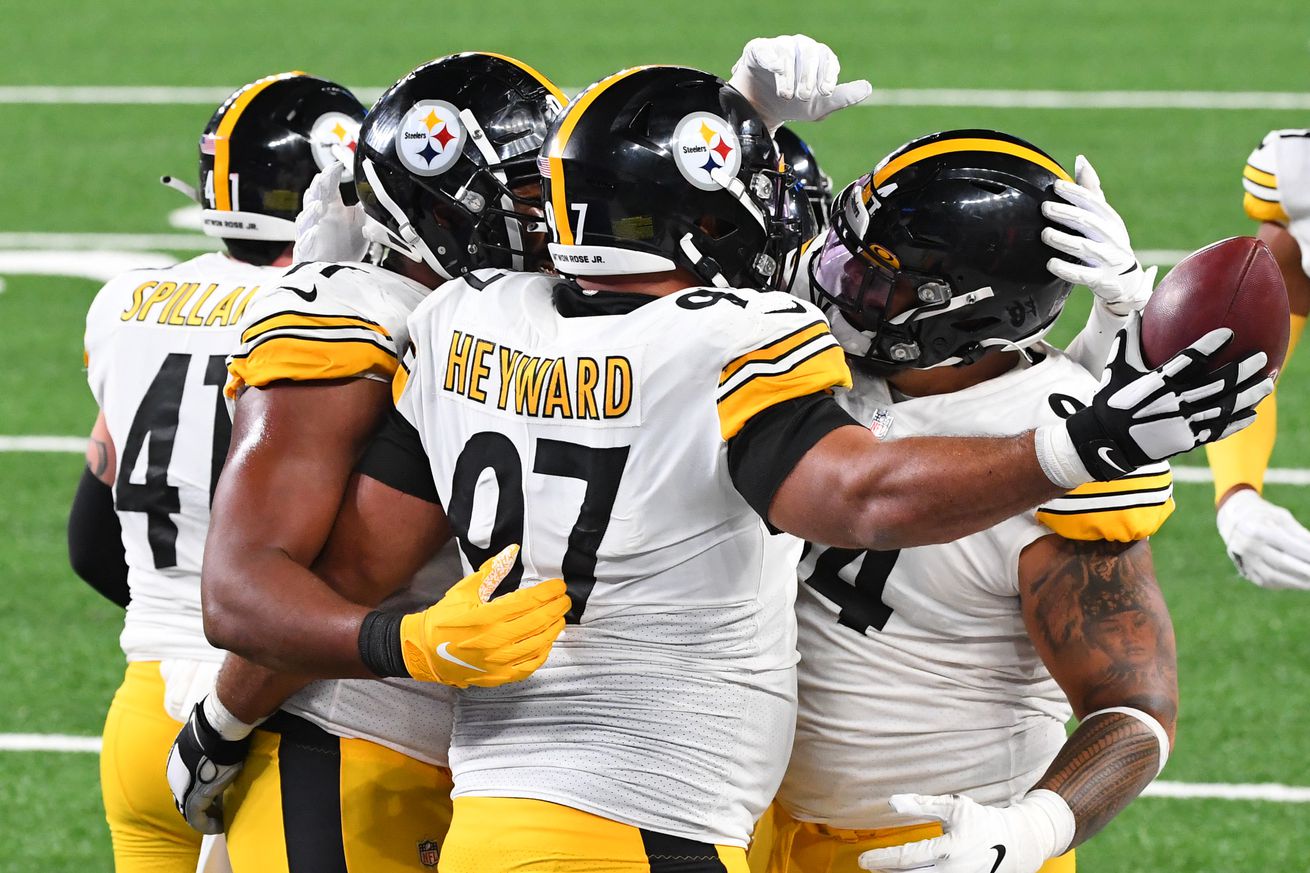 The Pittsburgh Steelers have blitzed more than anyone else in the first two weeks of the regular season, but will it last?

Through two weeks of the regular season, the Pittsburgh Steelers have been putting as much pressure as possible on the opposing quarterback. How is this done? By any means necessary.

In fact, the Steelers have been blitzing and applying pressure more than anyone else in the NFL so far in the 2020 regular season. Check out the ESPN Next Gen Stats as proof:

The #Steelers defense has been generating pressure with a blitz-heavy scheme — the unit ranks first in the NFL in pressure rate (45.6%) and blitz rate (57.8%).

The rest of the league through Week 2 (entering MNF): pic.twitter.com/Soa5qSaqqL

These numbers are off the chart, and it has made many fans wonder if this is what the defense is going to look like in 2020? After all, the Steelers’ secondary hasn’t really been living well on their island when Keith Butler decides to blitz more defenders than the opponent can block.

The Steelers defense ranks 14th in the league in passing yards allowed per game with 238.5. The aggressive approach comes with risk, and when you play with fire enough you can get burned.

Mike Tomlin spoke about this during his weekly press conference Tuesday when he was asked if the team planned on blitzing this much every week.

“A two-game body of work is not reflective of personality or intentions.” Tomlin said. “I think that will be revealed over time in terms of our personality, particularly relative to last year. It’s just not a large enough sample size. We have done what we needed to do in the last two games to secure victory, and we will continue with that and with time our personality for 2020 will be revealed.”

Maybe this approach was just in preparation for two younger/inexperienced quarterbacks in Daniel Jones and Drew Lock?

When Cam Heyward met with media via Zoom on Wednesday, he doubled-down on what Tomlin said Tuesday. In other words, the Steelers don’t have any plans to be that blitz-happy on a weekly basis.

Heyward simply called it the “flavor of the cake this week”.

Cam Heyward on blitzing so much in the last two weeks, says it’s not necessarily indicative of what they’ll do all season:

“That’s just the flavor of the cake this week.”

If the Steelers did suggest blitzing that much on a weekly basis, you would have to weigh the risk with the reward. They are 2-0, leading the league in sacks and overall quarterback pressures.

Then again, their secondary has been left out to dry on more than one occasion, mainly by a quarterback named Jeff Driskel. Heyward doesn’t see the risk as fans might, and realizes sacks come when everyone, as a collective, does their job. This is something the Steelers do very well.

Steelers DL Cam Heyward on sacks coming from everywhere: “Shows that it’s not just one guy doing the work. We like to do this as a collective unit. When one guy gets the sack or the pressure, it’s usually because we have a lot of other guys doing their jobs.”

With Deshaun Watson and the Houston Texans coming to Heinz Field in Week 3, don’t be shocked if you don’t see the Steelers back off a bit from their blitz-heavy approach. Keeping Watson in the pocket, but also pressuring him is key, and something the Steelers’ defensive front should be able to do without sending extra defenders.

Just the flavor of the cake this week, or a new cake altogether? Only time will tell, but in the meantime stay tuned to BTSC for the latest news and notes surrounding the black-and-gold as they prepare for the Texans on Sunday for a 1 p.m. ET kickoff.