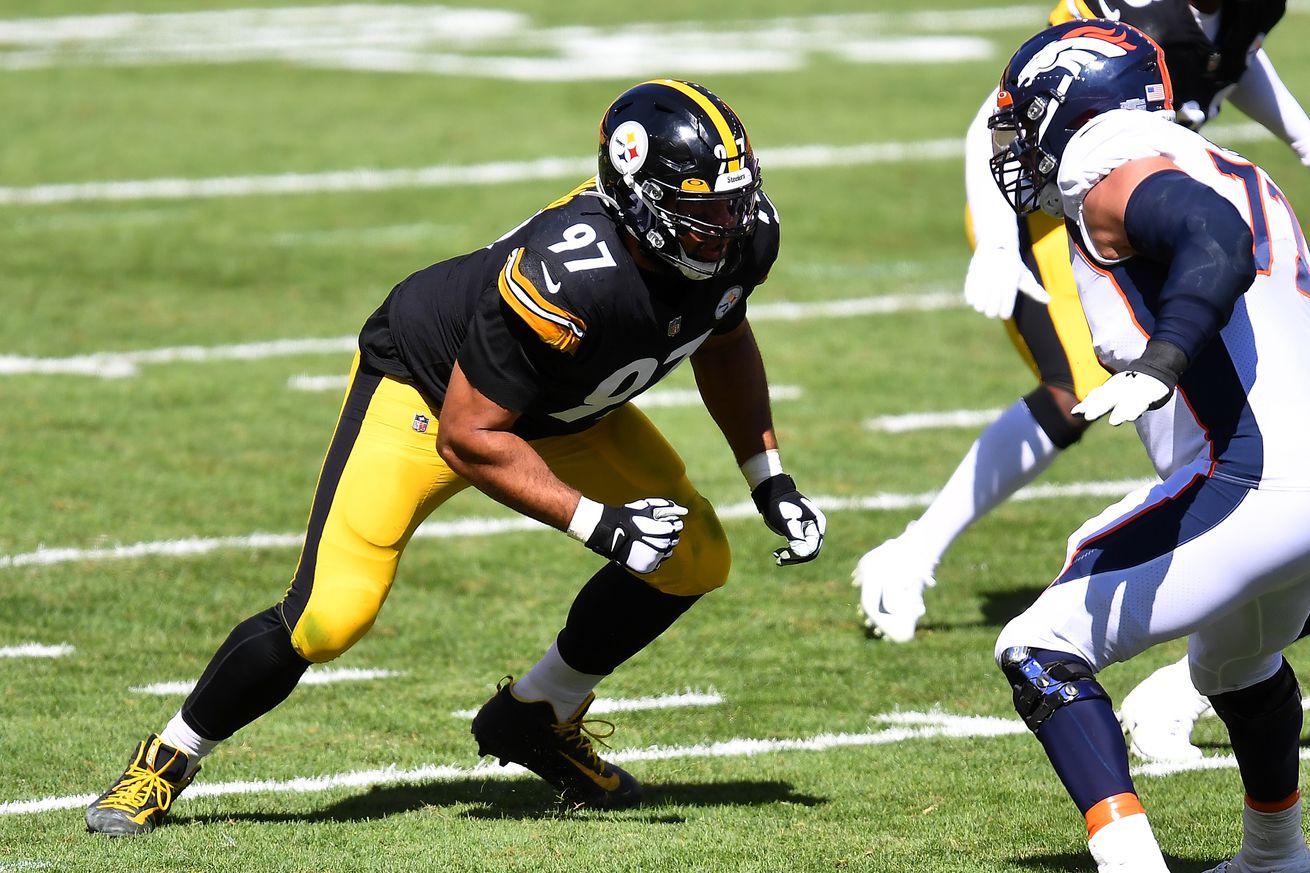 In case you are oblivious to the history of the United State of America, Paul Revere is a man who played a critical role during the Revolutionary War against the British. It was Revere who famously rode horseback through New England prior to the battles of Concord and Lexington alerting patriots, “The British are coming!”

I know what you are thinking. What does American history have to do with the Pittsburgh Steelers?

Well, on Wednesday Steelers defensive line coach Karl Dunbar spoke to the media, and he was asked how important Cameron Heyward is for the Steelers’ defensive front during these unknown times during the 2020 season when coaches and players can’t be together as much as usual.

“I think he has always been my Paul Revere.” Dunbar said. “He has always been my guy to get my message out. I think having these guys being in the room for three years with them, they understand what we want to do and how we want to do it. I think they are going to come together, and they are going to do things to help us get ready for the game on Sunday.

“I think that’s the thing Cam having that C on his shirt, he does a really good job on the field, off the field and in the classroom with the players. I have confidence that we are going to do the things that need to get done for the game on Sunday.”

Speaking of on the field this Sunday vs. the Cincinnati Bengals in Week 10, Dunbar didn’t just compare his defensive captain to an American legend, but how important having him and Stephon Tuitt healthy have been to the overall defense.

“I think [Stephon] Tuitt is playing more because he is healthy. The last two years at this time, he hasn’t been healthy. He hasn’t been in the ballgame. Cam [Heyward] has always played, and he doesn’t like to come off the field. When we had [Javon] Hargrave and we had Tyson [Alualu], it was still kind of hard to get him off the field because he is that kind of player.” Dunbar added. “I think the game dictates how much they really play because we have had some games where we didn’t have a lot of 10, 12 play drives, and our offense was controlling the ballgame. They could go back on the field and be fresh. These last couple games, these young guys, Henry [Mondeaux] and [Isaiah] Buggs had to step up. This game with Tyson being hurt, Davis came in and gave us some good, solid snaps.”

The Steelers’ depth along the defensive line was in question heading into 2020, but the emergence of players like Mondeaux, Buggs and Davis have helped the Steelers’ defensive front during Alualu’s absence.

“They are on the team for a reason. They are backups, and they got called to duty. I think they did a great job.

“I think I always knew they could help us. We didn’t know how much they could help us because we have [Chris] Wormley and we have Tyson [Alualu], but when those guys got banged up, I think [Isaiah] Buggs and [Henry] Mondeaux and [Carlos] Davis, they answered the call.”

As for Heyward and the Steelers’ defense, they will have their hands full with rookie Joe Burrow, Tyler Boyd, Joe Mixon and the Bengals’ offense headed to Heinz Field this Sunday for a 4:25 p.m. ET kickoff. If the defense can stand tall, stop the run and force the ball into Burrow’s hands, they could have their way with the top overall draft pick and former LSU signal caller.

Stay tuned to BTSC for the latest news and notes surrounding the black and gold as they prepare for the Bengals in Week 10.