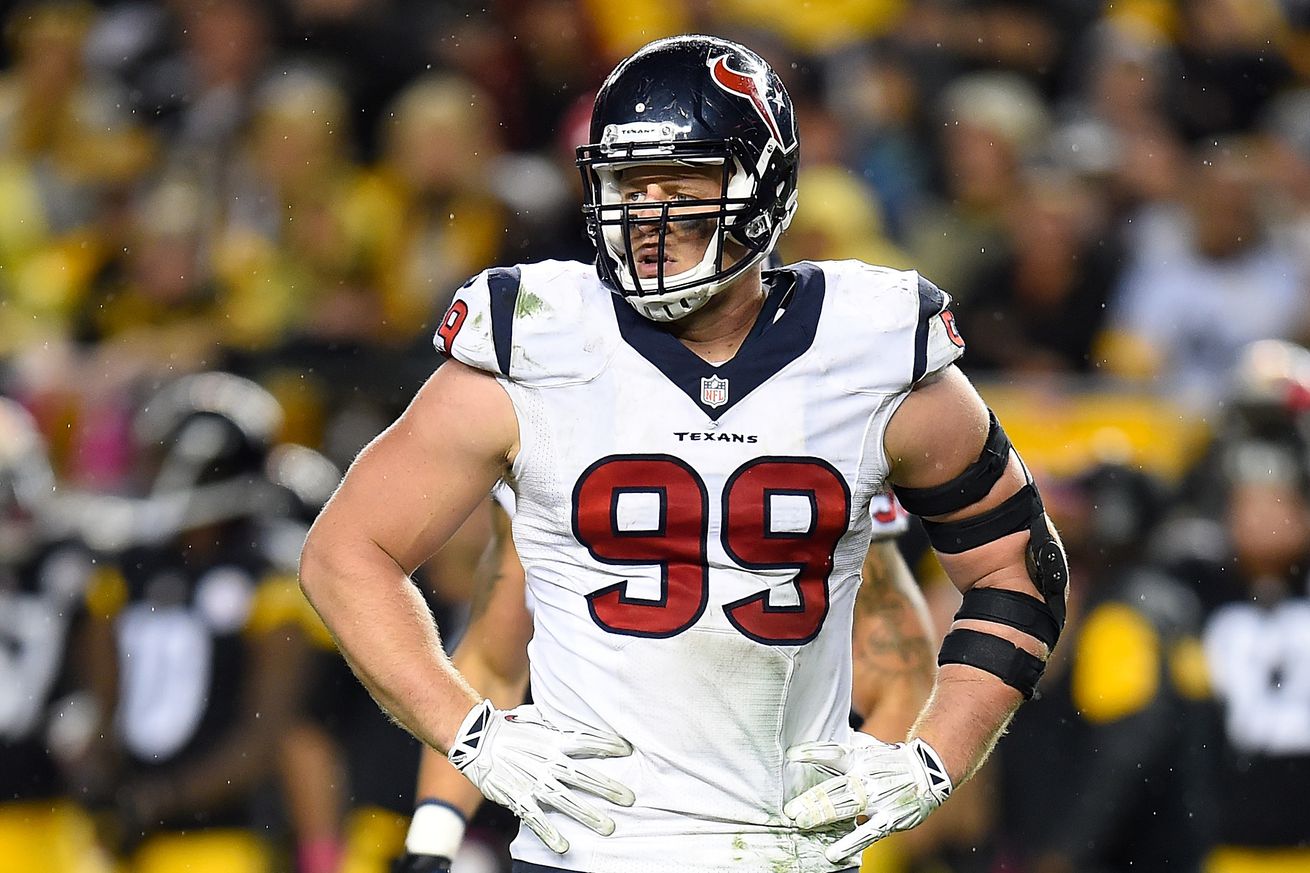 As much as some Steelers’ fans like myself want to see it, J.J. Watt will probably never line up beside his brothers on an NFL team

If you ever caught yourself daydreaming about T.J. Watt and J.J. Watt dominating offensive lines side by side, you’re probably not going to get anything more than a Pro Bowl game. We will likely see Derek Watt and J.J. Watt meet at the point of contact in 2020 but we probably won’t see J.J. lining up as a tight end beside him either. As soon as Derek Watt joined his little brother T.J. in Pittsburgh a vocal group of the fan base bombarded J.J. with tweets and messages begging the three time defensive player of the year to join his brothers in Pittsburgh.

You’d look better in Black & Gold… like your brothers.

To their credit, there was a hypothetical situation where it possibly could have happened. J.J.’s six year $100 million dollar contract expires at the end of the 2021 season and the Houston Texans have been hemorrhaging talent ever since Bill O’Brien took over as general manager. This scenario would have hinged on the Steelers inability to sign Cameron Heyward, and J.J. Watt signing a team friendly deal for a chase to play with his brothers.

With Cam Heyward signing his four-year extension tying him to Pittsburgh until at least 2024, it seems increasingly unlikely that we ever get a Watt brothers family reunion. I don’t think Steelers fans will mind however, as they have one of the best defensive players in his own right back on this team for another five seasons.

But who knows? Maybe J.J. is that desperate to play with Derek and T.J. and becomes the leagues most talented rotational piece. Stranger things have happened!

What do you think? Has the pipe dream of reuniting the three Watt brothers officially come to a close? Let us know down in the comments below!