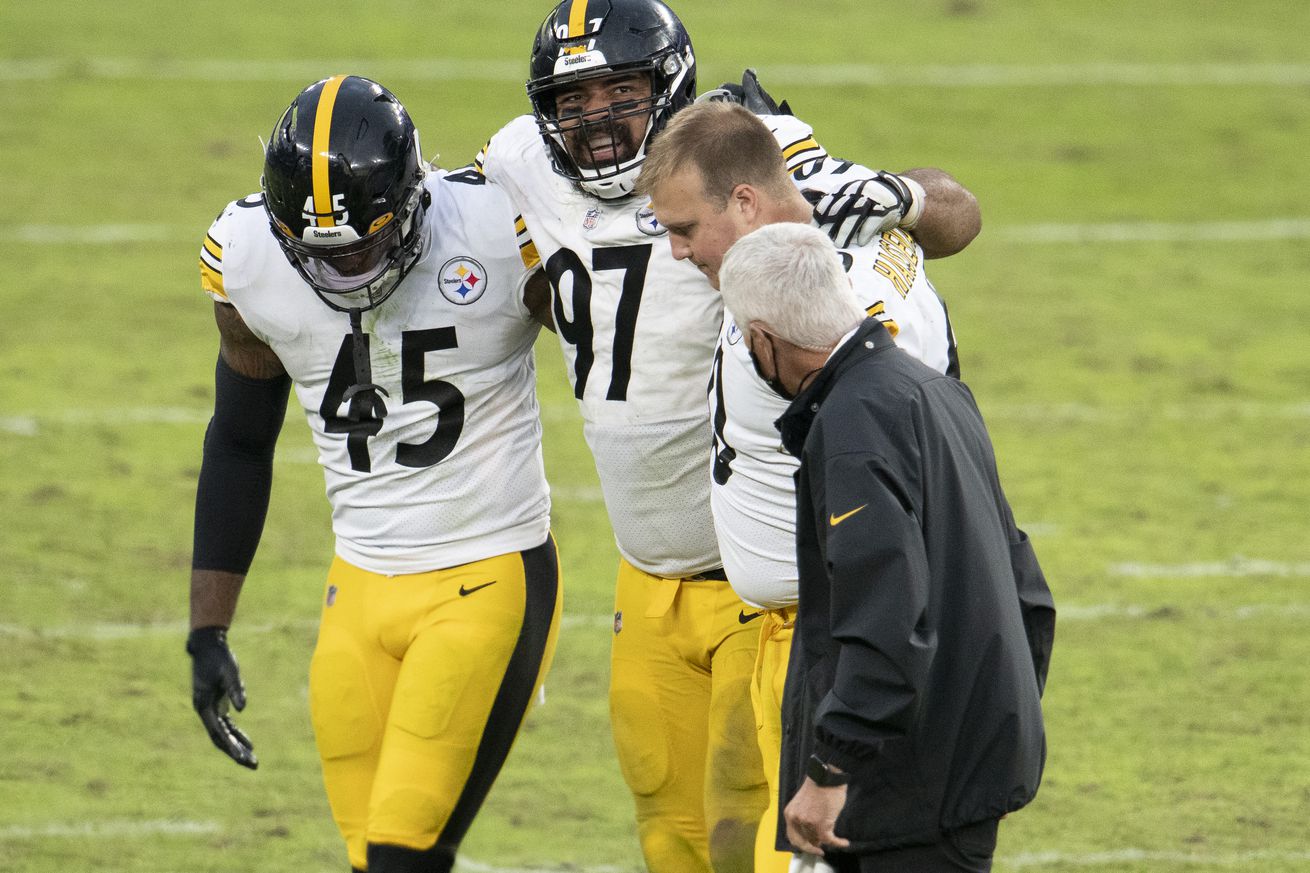 Apparently there are some Steelers fans that struggle to comprehend and appreciate Cameron Heyward’s role in the Steelers dominant pass rush.

It’s easy to take for granted what is always there, making it commonplace to not know what you got till it’s gone. Apparently that statement perfectly fits how some misinformed Steelers fans appreciate the contributions of longtime stalwart DL Cameron Heyward, at least till they think he could be lost for an extended period of time due to injury. Let me try to explain the reasoning behind that comment.

I enjoy perusing over multiple Steelers themed social media platforms each week trying to gain insight into the pulse of Steelers Nation. After signing a contract extension prior to the start of the 2020 season that very well could result in him playing his entire career with the Steelers, Heyward has been a popular topic of discussion for a certain segment of the Steelers fanbase. What was the name of that one song in the 90’s? Mo Money, Mo Problems! Not sure about that, but you can rest assured that more money does equate greater expectations

There seems to be a narrative going around that implies that Heyward hasn’t been as impactful and productive as in recent seasons. I have no idea where that inaccurate rational is coming from. I can only assume it is being perpetrated by a small grouping of fans that have raised their expectations for the Pro Bowl defensive lineman due to his newly minted financial windfall.

Heyward has been having an exception season, regardless of anybody’s expectations. He is the captain of the defense, and the value of his leadership is immeasurable. He is the strongest defensive lineman in the league, and a irreplaceable member of the best front seven in the NFL. I have wrote multiple articles and even shared a humorous clip of his incredible strength and dominance. So why do some fans think he is somehow underperforming? Because of his lower than normal sack total, but stats can be deceiving.

It seems the aforementioned few would like to see Heyward taken off the field, and replaced by Alex Highsmith in obvious pass rush situations. These fans are severely ill informed, and obviously don’t understand the nuances of the Steelers pass rush and Heyward’s vital role in the executive of it.

Heyward has been his usual disruptive self this season, dominant against the running game and consistently collapsing the pocket while rushing the passer. He has driven his blocker all the way back into the QB’s lap on many occasions this season, often forcing the QB from the pocket and into the waiting arms of one of Heyward’s grateful teammates for the sack.

On the season, Heyward has 8 QB hits and 1.5 sacks to his credit; not to mention his gravity defying, awe inspiring interception against the New York Giants in the season opener, but his impact on the undefeated Steelers goes far beyond those rather pedestrian numbers. He has to be game planned for and accounted for on every snap, or he will create havoc for opposing offenses. Similar to Mean Joe Greene’s impact in his later years. Sacrifice your stats and individual glory for the greater good.

One things for certain, Heyward’s sole mission this season is to bring another Lombardi Trophy home to the Steel City. As faithful members of Steelers Nation, let’s be sure to appreciate both the effort and the mission.