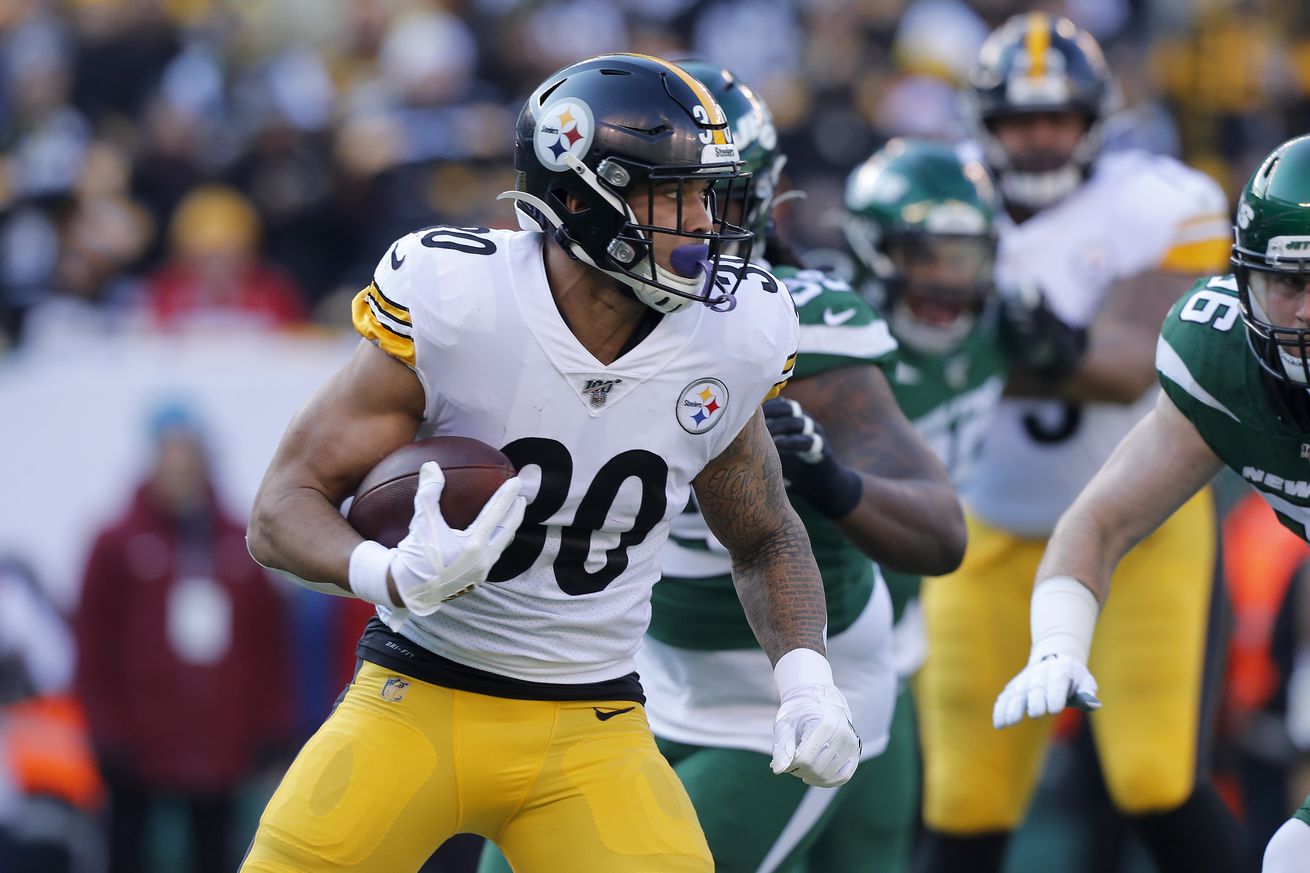 Steelers running back James Conner is riding the wave of back-to-back dominate performances. After a rough start out of the gate, Conner has put up over 100 rushing yards per game against the Texans and Broncos, and has showed no signs of slowing down.

The Steelers as a collective have been an outstanding rushing team in 2020. The backfield has averaged 139.7 yards per game, good enough for 8th overall across the entire NFL. Which is a stark contrast to the 2019 Steelers whom ranked 29th in the NFL with 90.4 rushing yards per game.

One of the biggest contributing factors in both James Conner and the running attack as a whole’s success has hinged on Ben Roethlisberger. Since the Steelers quarterback has returned to the line up opposing teams have been forced to respect the passing attack, and specifically the deep ball. Which has directly led to less defensive players crowding the line of scrimmage and less blitzing from opposing defenses. The Steelers are also playing in the fourth quarter with the lead, and find themselves needing to kill some of the clock when they are on offense. Instead of desperately trying to crawl back into games through the air, the team is content giving the ball to its featured back though Mack truck sized openings. And if teams do stack the box (like Houston attempted) Roethlisberger isn’t afraid to call a run pass option and find miss match wide receivers in one on one matchups.

As for James Conner, Steelers head coach Mike Tomlin has stated Conner is the team’s feature back on a number of occasions. When healthy thus far in 2020, Conner has averaged 20 touches per game and is averaging well over 6 yards per touch. Outside of the game against the Giants, Conner has been the engine of this offense. He has improved every week of the season and it will be interesting to see how comfortable he looks after a bye week.

The biggest challenge facing Conner, is the quality of defense he will be seeing in the coming weeks. First Philadelphia is 12th in rushing yards allowed per game, the Cleveland is 5th, Tennessee is an abysmal 29th and then Baltimore is seventh. If the Steelers can establish a down field passing attack, I think Conner will be able to gash a number of these opponents.

The Pitt alum is on pace for a shade under 1,200 rushing yards this season. While Conner might not quite reach that, I believe if he can play in all 16 games Conner will eclipse 1,000 rushing yards for the first time in his career.

What do you think? Can James Conner keep up this pace? Let us know in the comments below!