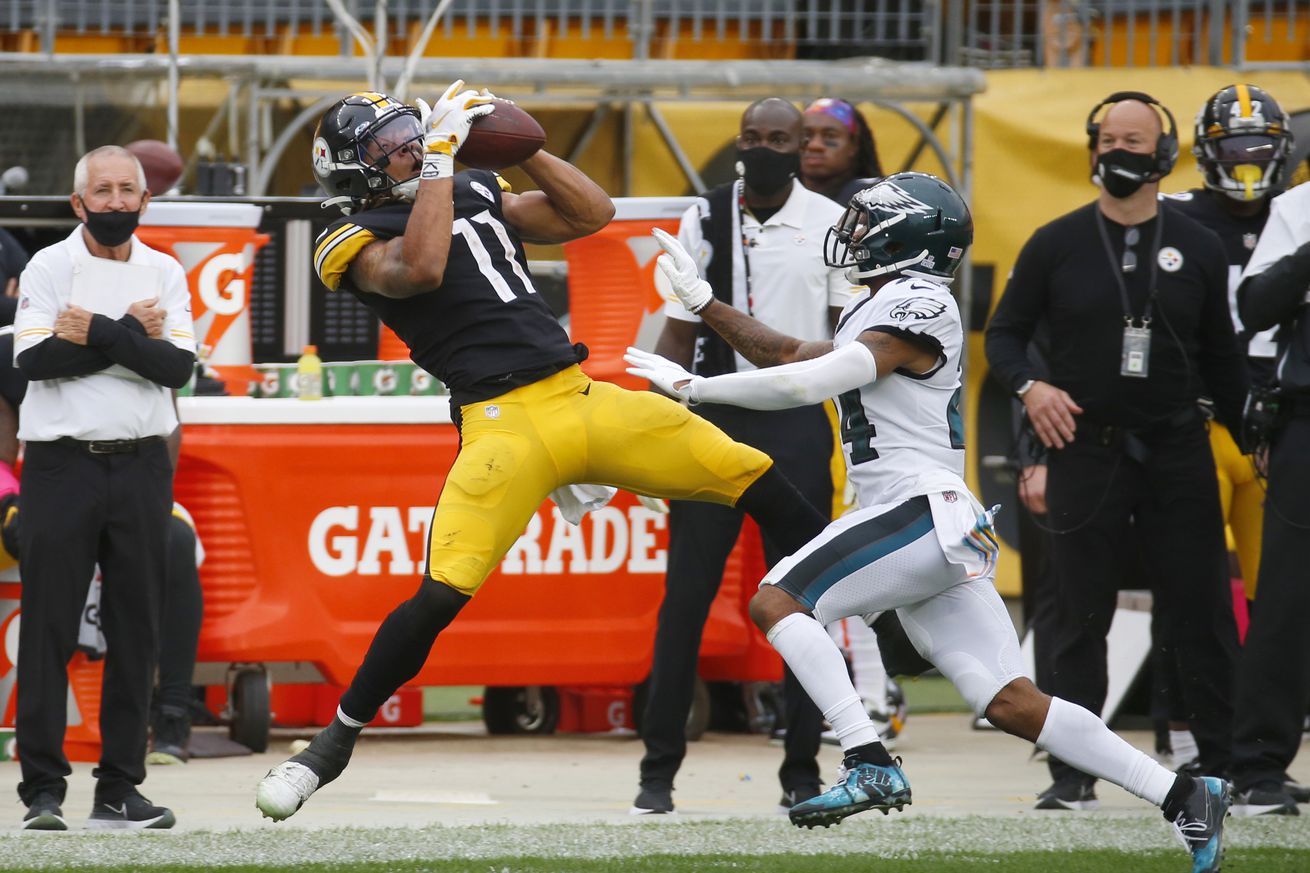 The Steelers are 4-0 and Chase Claypool dominated the Eagles in Week 5. His best work might have been on social media after the game.

You can hear the older generation of fans every week when I submit the article about the Pittsburgh Steelers players, both current and former, taking to social media to celebrate the team’s latest win.

“These young kids with their Instaface and their Snapgram!”

It is truly a generational gap, but one which can also be a lot of fun, and great amusement. Professional athletes can use social media not just to show more of their own personality, but also to let fans have an inside glimpse into the locker room and the vibe of the team.

After the Steelers’ big Week 5 win over the Eagles, everyone was talking about Chase Claypool, and why not?

Claypool dominated the game catching 7 passes for 110 yards and 4 touchdowns (3 receiving and 1 rushing). Those statistics are tremendous, but what truly caught my eye was the work Claypool did on his verified Twitter account after the game.

Yes, those Twitterings, as my father would say.

Claypool showed some fancy editing skills as he put his helmet over that of Buccaneers quarterback Tom Brady’s for the famous photo of Brady not knowing the exact result of the play on Thursday Night Football.

As hilarious as that was, Claypool’s previous tweet, almost immediately after the game, might be his best yet.

Get it? Ben Roethlisberger’s No. 7 and Claypool’s No. 11. Seriously, I really hope I didn’t have to explain that to anyone.

Nonetheless, it is obvious Roethlisberger is developing a serious rapport with the rookie from Notre Dame. Claypool didn’t just lead the team in yards, touchdowns and receptions, but he also led the team in targets (11). Roethlisberger is showing trust in Claypool, and realizes just how big of a mismatch he can be anytime he lines up on the field.

It is early in his career, but there doesn’t seem to be much Claypool can’t do. He has proven he is tough to bring down running the ball and after the catch, he has shown tremendous sideline skills to get his feet in bounds and his deep play ability might be the best out of the rookie class.

Claypool seems to be able to do a little bit of everything, and that now includes some funny, and creative, work on social media too!

Stay tuned to BTSC for the latest news and notes surrounding the black and gold as they now prepare for their first AFC North matchup against the Cleveland Browns in Week 6.