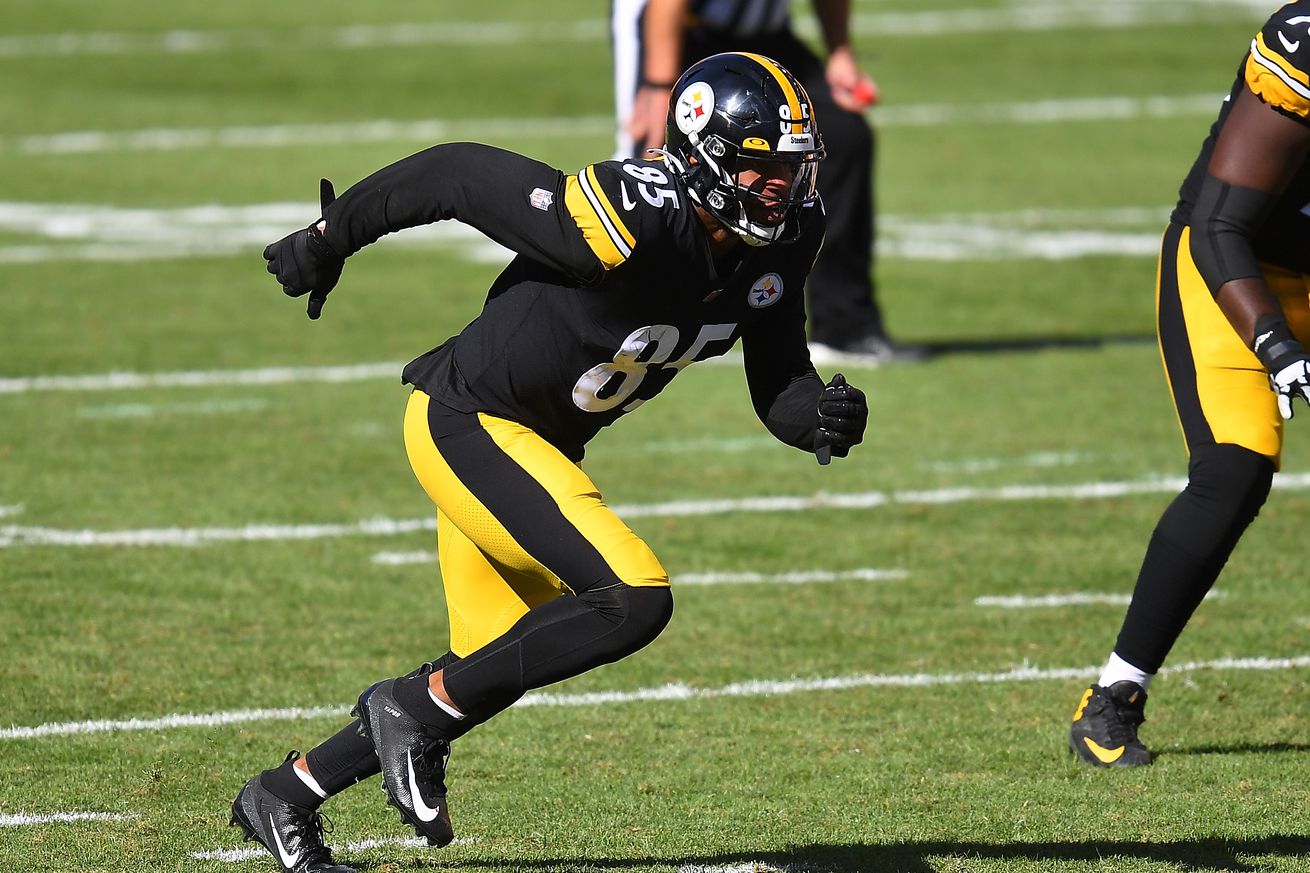 The Steelers have started hot out of the gate for the 2020 season, they currently sit with a sterling 2-0 record. Which contrasts the 0-2 start the team had back in 2019. Some of the reason the Steelers have flipped the script from a season ago include a weaker schedule, a healthy Ben Roethlisberger, and a number of new players.

Today we are going to look at the new guys in town and rank them based off their success so far as a member of the black and gold. Let’s begin! *Note this list only includes players on the 53-man roster

These three Rooks haven’t seen much playing time yet. Anyone of these names could jump up this list with some more playing time.

Wormley has only played in 19 defensive snaps over two games, and in that time has registered just one tackle. While the players listed above him on the depth chart are obviously taking away Wormley’s playing time I can’t help but feel the Steelers gave the Baltimore Ravens a fifth round pick for a one year depth piece.

No, Dustin Colquitt hasn’t exactly lit the world on fire since he signed with the Steelers, however I still think he has been a more consistent option than Jordan Berry. Colquitt has also been very close to knocking punts out of bounds at the one yard line, but with no preseason or training camp I can only imagine he will get better with time.

Chalk this trio up as returning veteran players that have either not played or played sparingly. They’ll probably be lumped together throughout the entire season.

Ray Ray McCloud has been a dynamic kick returner and has been close to breaking loose on a number of occasions. Give him time and he will take one back for the Steelers. He’s a dynamic weapon that the Steelers have been missing from their kick return for a very long time.

Highsmith has looked good in limited action. He’s been able to apply some pressure when he’s on the field and has already picked up his first tackle. 2020 is a great learning year for the rookie.

Eric Ebron hasn’t been targeted all that much in the early goings of this season. However in Week 1 he faced a load of double teams leading to easier windows for Ben Roethlisberger to throw to elsewhere. Ebron has made a couple solid plays with the Steelers, and if Head Coach Mike Tomlin is to be believed, will have a bigger role in the offense soon.

Mike Tomlin on Ebron not being targeted as often as expected: “It’s early, keep watching.”

The Steelers fourth round pick, debuted against the Denver Broncos last Sunday. Dotson had the unfortunate matchup with the 5 time Pro Bowl defensive tackle Jurrell Casey, but Dotson held his own and even got the better of Casey. It was an impressive debut which now gives the Steelers options along its offensive line.

Derek Watt has been a special teams beast and an X-factor on offense. Already with 4 special teams tackles and a forced safety, Watt is every but if the special teams ace he was billed to be. But its what Watt can do on offense that the real exciting part. During the 11 running plays where Watt was on the field the Steelers have picked up 88 yards. Which is 8 yards per carry, and it screams to me that Derek Watt needs to have a bigger role in the offensive game plan. He’s been a dynamic pass catcher in college and in Los Angelous, the Steelers need to use this guy.

The number one new player goes out to Chase Claypool. Claypool has made a number of spectacular plays in just two career games. He can be the guy that takes the top off the defense, he can make the toe tap catch, he can go up for a jump ball, he can block guys all he way down the field, and he can take a hand off around the edge to seal a game. Claypool is the real deal and already looks like one of the steals of the draft.

What do you think? Did I get these rankings right? Let us know down in the comments below!