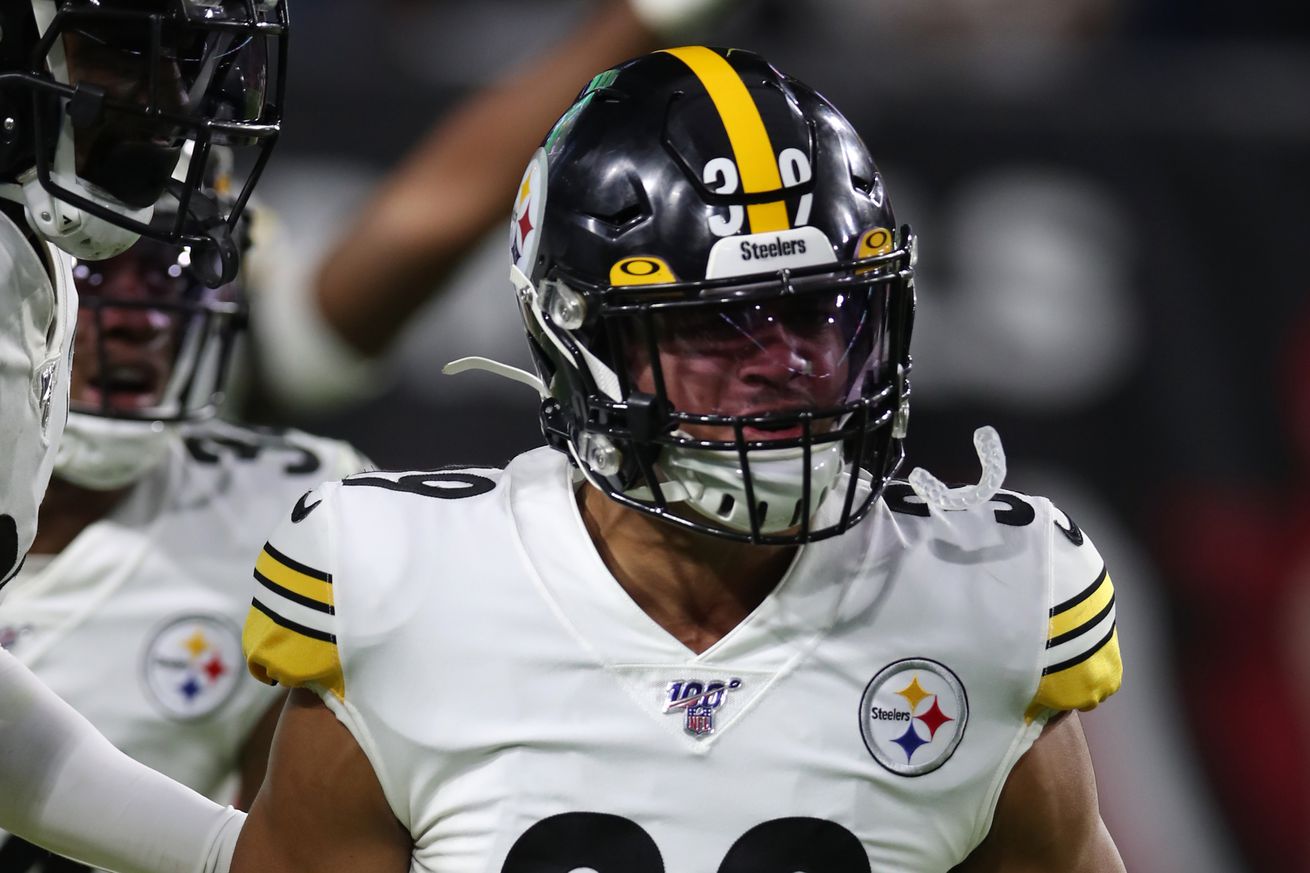 Are the Steelers better off without a 1st round pick in the 2020 NFL Draft?

I’ll be totally honest. As a Pittsburgh Steelers fan, draft season loses some of its allure when your team doesn’t have a first round pick. It’s usually a guarantee that all of the big name, blue chip prospects will be off the board by the time your team’s pick comes around. On top of that, most mocks don’t even cover anything beyond the first round, leaving you feeling a bit left out.

However, the Steelers didn’t just throw their first round pick down the garbage disposal. They traded for an All-Pro, 23-year-old safety, in Minkah Fitzpatrick, who was by far the best roster decision the team could make — last year or this year.

But what if they did have a pick in the top 32?

First, you would have to go back in time and undo the Minkah Fitzpatrick trade. That leaves Pittsburgh back with their first round selection, as well as an additional fifth-round pick they traded. However, the Steelers would also lose the fourth round pick the Dolphins traded to the Steelers as part of that trade as well.

Remember, at the time of the trade, the Steelers had just lost Sean Davis to a season-ending injury, and Davis’ backup, Kam Kelly, was a serviceable third-stringer, at best, who got arrested and released near the end of the season.

Let’s assume Pittsburgh signed some no-name safety to a one year deal to loosen the blow, but their roster and safety depth would be in shambles to say the least. A secondary is dependent on communication as a unit, something the Steelers’ secondary was terrible at before Fitzpatrick joined the squad. Within perhaps the biggest team sport there is, one can assume Pittsburgh’s defense doesn’t come close to turning into the elite group it was with Fitzpatrick.

The good news? All of Pittsburgh’s draft selections got raised a bit due to the team’s defensive problems. It’s impossible to know how many wins Fitzpatrick is ‘worth’, but I’ll predict the Steelers move up two spots for the sake of exercise.

If you believe that’s too dramatic of a change, just look at the film of Kam Kelly starting at free safety versus the Patriots. Not good.

Remember, without the Minkah Fitzpatrick trade, the Steelers picks move up two spots due to the defense being worse (sans the compensatory pick that doesn’t change).

The team’s needs would be similar to this year’s, but safety would obviously be added to the top of the list as a massive roster hole.

Grant Delpit, Xavier Mickinney, Ashtyn Davis, and Antoine Winfield are the top safeties in this year’s draft (Isaiah Simmons was not included as he projects to be a linebacker in the NFL).

Now, without going into detailed film analysis, I can confidently say none of the these players are on the same level as Fitzpatrick. In fact, none of the top safeties are even locks to go in the first round this year, while Minkah Fitzpatrick was the 11th overall pick in 2018 and a consensus first rounder.

Delpit is the best of the bunch, and while he has a great free safety skill set, he proved to be a massive liability in the tackling department last year. The Draft Network did a great analysis article of the top defensive backs in the LSU vs. Alabama game back in November of 2020, in which they described Xavier McKinney as a less-talented Fitzpatrick. Ashtyn Davis and Antoine Winfield are definitely second-round talents, and might not be immediate starters. This isn’t to slight this year’s safety class, but more to point out there isn’t a decisive Fitzpatrick-level talent in the draft this year.

Even if one of these safeties does turn into a All-Pro, whichever team drafts them will still have to risk their new player being a bust and not living up to their high draft choice. Fitzpatrick was a proven commodity when the Steelers traded for him, and he has only upped his play in Pittsburgh. The Steelers only missed out on one year of his contract as well — he was essentially an NFL-tested first round pick by the Steelers.

But, because this is fun, let’s do a hypothetical mock draft in this alternate reality. With the optimum picks for selecting a safety right in between the Steeler’s top two picks, I’ll have Steeler’s GM Kevin Colbert pull a classic ‘reach’ and select Grant Delpit with the 16th overall pick. The Steelers have a history of selecting players they like earlier than expected, just look at Terrell Edmunds, so I don’t think this is a stretch.

Next, the Steelers select Michigan edge rusher/linebacker Josh Uche in the second round. Remember, besides the desperate need for a safety, the Steelers draft needs are exactly the same as they are now in a no-Minkah reality.

The rest of the draft would go as follows:

This mock is a modified version of one I came up with the other day regarding the real-life Steelers. All I mean by that is besides needing a safety, the Steelers would most likely have a very similar draft with or without Fitzpatrick.

So what does a first-round-pick-but-no-Minkah-Fitzpatrick world look like post-draft?

Very similar, except the team now has an unproven, over-drafted, boom-or-bust player starting at free safety next to Terrell Edmunds. Oh yeah, and no optimism for this year because 2019 was a terrible year for defense and offense. So there’s nothing to look forward to.

I’ll confess, these hypotheticals are a very incomplete science, but if you run a (reasonable) simulation of what life would be like without Minkah, it doesn’t get much better than what I’ve laid out here.

So, when you’re painfully waiting for Day 2 of the NFL draft and you’re envious of the other teams’ first round picks, just remember that life with a first round pick isn’t as nice as it seems.

Don’t forget: Minkah is the first round pick! And we even got him a year early.