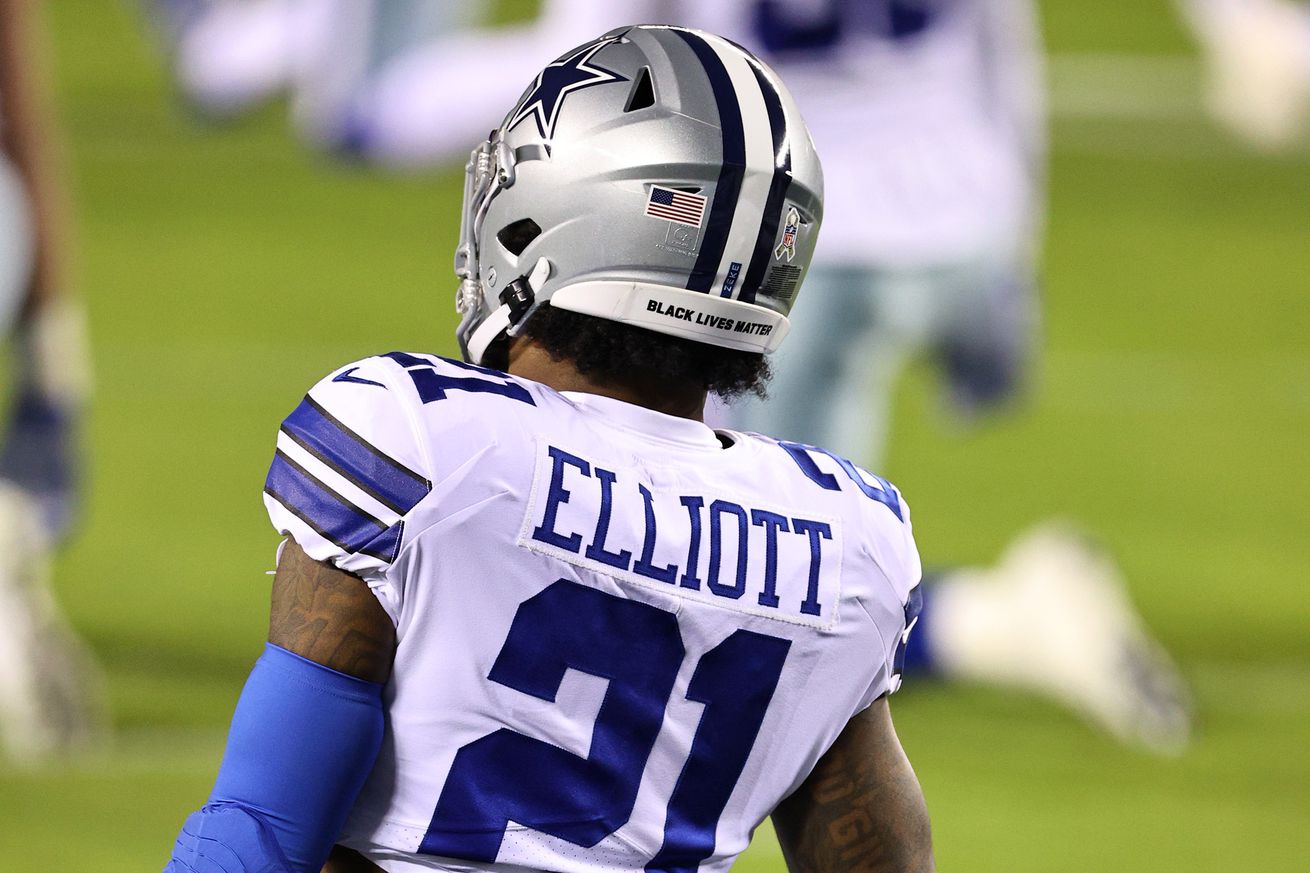 The Dallas Cowboys could be without one of their best offensive weapons on Sunday when the Steelers travel to Texas.

The Pittsburgh Steelers have gone through a pretty nasty gauntlet of games the past three weeks leading up to Week 9. The trio of games vs. the Cleveland Browns, Tennessee Titans and Baltimore Ravens have fans thinking the game on Sunday vs. the Dallas Cowboys could be a breathe of fresh air.

An opportunity to get themselves right against a sub-par team.

While anything can happen in the NFL, and Mike Tomlin’s Steelers know this all too well, the job of beating the Cowboys might have gotten easier. Reports are circulating how the Cowboys might be without one of their best offensive weapons in Ezekiel Elliott due to a hamstring injury.

Sunday is Cowboys’ final game before bye. Ezekiel Elliott tweaked hamstring last Sunday on fourth-quarter fumble return. After he did less than expected in practice week, there is some thought it may be in his and team’s best interest that he not play. pic.twitter.com/efYxmN6ZqB

When you look at the Dallas offense without a quarterback, you want to be able to lean on your running game. Sure, CeeDee Lamb, Amari Cooper and Michael Gallup make up a phenomenal receiving corps, but someone has to throw them the football.

The potential loss of Elliott will certainly be another huge blow to a Cowboys team which has been decimated with injury, and Elliott was clearly the main point of emphasis in the Steelers’ preparation this week.

This is what defensive coordinator Keith Butler had to say about game planning for a Cowboys team without a quarterback.

“It’s only the 2-1. That’s all you need right there. He is the guy. There’s a reason that he’s been hyped up because he is a good football player. He’s an excellent running back.” Butler said. “He’s got real strong legs, very hard to get on the ground. You’re not going to arm tackle this guy. You’re going to have to get after it and get a lot of people around him. If I’m them, I’m going in with what I know has helped me succeed in the past, and obviously, it’s 21.

“We will see about the quarterback when we get there, see how he does and all that stuff. We looked at film on him. We will have a little idea of what we think he does best to try and take that away as much as we can.”

“We’re preparing with the understanding that we have to deal with Ezekiel Elliott this weekend, and we understand what that means.” Tomlin stated. “We are also coming off of a performance where we bled and bled badly in the run. We better work with some urgency and an edge in that regard.

“I have a lot of respect for Ezekiel Elliott. He’s an elite, elite running back, arguably the best in the business. His vision, his balance, his power on contact. I spent some time this summer looking at some those guys, knowing we were playing the likes of Ezekiel Elliott and Saquon Barkley and Derrick Henry and others. This guy is as good as advertised. We have our hands full there.”

Elliott could wake up Sunday and feel as if he can play, or the Cowboys might want to be cautious with their star running back heading into a bye week. Either way, not having Elliott in the lineup would be devastating for the Cowboys’ chances of pulling off the upset in Week 9.

Stay tuned to BTSC for the latest news and notes surrounding the black and gold heading into the Week 9 game vs. the Cowboys.