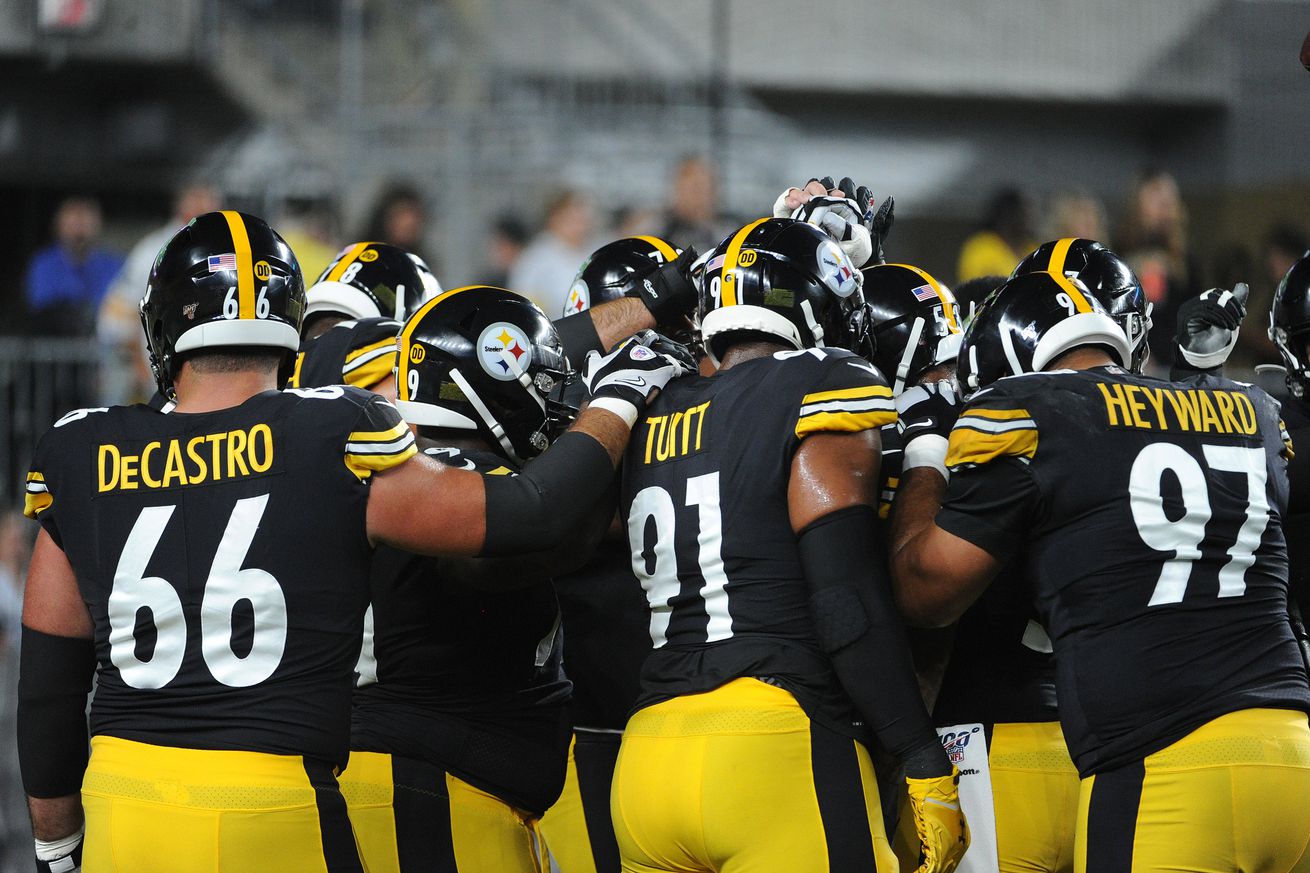 The Steelers are half way between the start of padded practices and their Week 1 matchup with the New York Giants on Monday Night Football.

The Pittsburgh Steelers 2020 training camp is winding down. It’s crazy to think in a normal year the Steelers would have already broken camp from Latrobe a week ago. Instead of coming off Friday night’s Week 3 preseason game in New York and looking to travel to Carolina to close the preseason on Thursday, Steelers fans are left having to search high and low for information on the team.

But the end is near, and the time to see the Steelers on the field in action is closing in…

In this installment of Crunching the Numbers, we’ll take a look at what the Steelers have done in training camp to date as well as what is still to come.

It has been 14 days since the Pittsburgh Steelers held their first padded practice. Additionally, there are 14 days until the Steelers kick off their season in New York against the Giants on Monday night. So it’s 14 down, and 14 to go.

Counting today, the Steelers have six days until the scheduled roster cut-down day for the NFL on Saturday, September 5, 2020 at 4 PM. At this time, the Steelers will have to reduce their 80-man training camp roster down to 53 players.

After the waiver period ends at noon on Sunday, September 6, team will have about an hour until they receive the official Personal Notice from the league to where they may begin signing their 16-man practice squad. Depending on how the Steelers make up their roster and practice squad (meaning if they claim any players off waivers or sign someone that was not in training camp), there will be at least 11 players who will no longer be with the team after Sunday.

The biggest concern over the 2020 season has been the COVID-19 pandemic. Currently, the Pittsburgh Steelers have no players on the reserve/COVID-19 list. The last player to come off the list was running back Jaylen Samuels on August 13. With the exception of the one practice where several players were held out due to false positive tests which occurred at one of the testing facilities and affected a number of NFL teams, the Steelers have not had any Covid-related issues since padded practices began.

For those looking for information about practices during training camp, Steelers.com has published a practice report each day. From those nine practice reports, only one of them failed to mention Steelers top pick from the 2020 NFL draft Chase Claypool. If you are someone who wanted a lot of updates about the Steelers’ rookie, there has been plenty of talk to satisfy the need.

In the 14 days since the start of padded practices, the Steelers have been affected by weather three times. On Saturday, August 22, the Steelers ended practice early as a thunderstorm rolled in during their evening practice. On Tuesday, August 25, practice was moved to the UPMC Rooney Sports Complex where it was indoors and non-padded. The Steelers last practice they held on Friday night they did deal with rain but continued to do everything they wanted according to head coach Mike Tomlin. Otherwise, the weather has cooperated with the Steelers training camp at Heinz Field.

So there are some numbers in regards to where the Steelers currently stand in training camp as well as the next two weeks as the Steelers prepare for their opening game. As far as I’m concerned, Monday September 14 can’t get here fast enough!