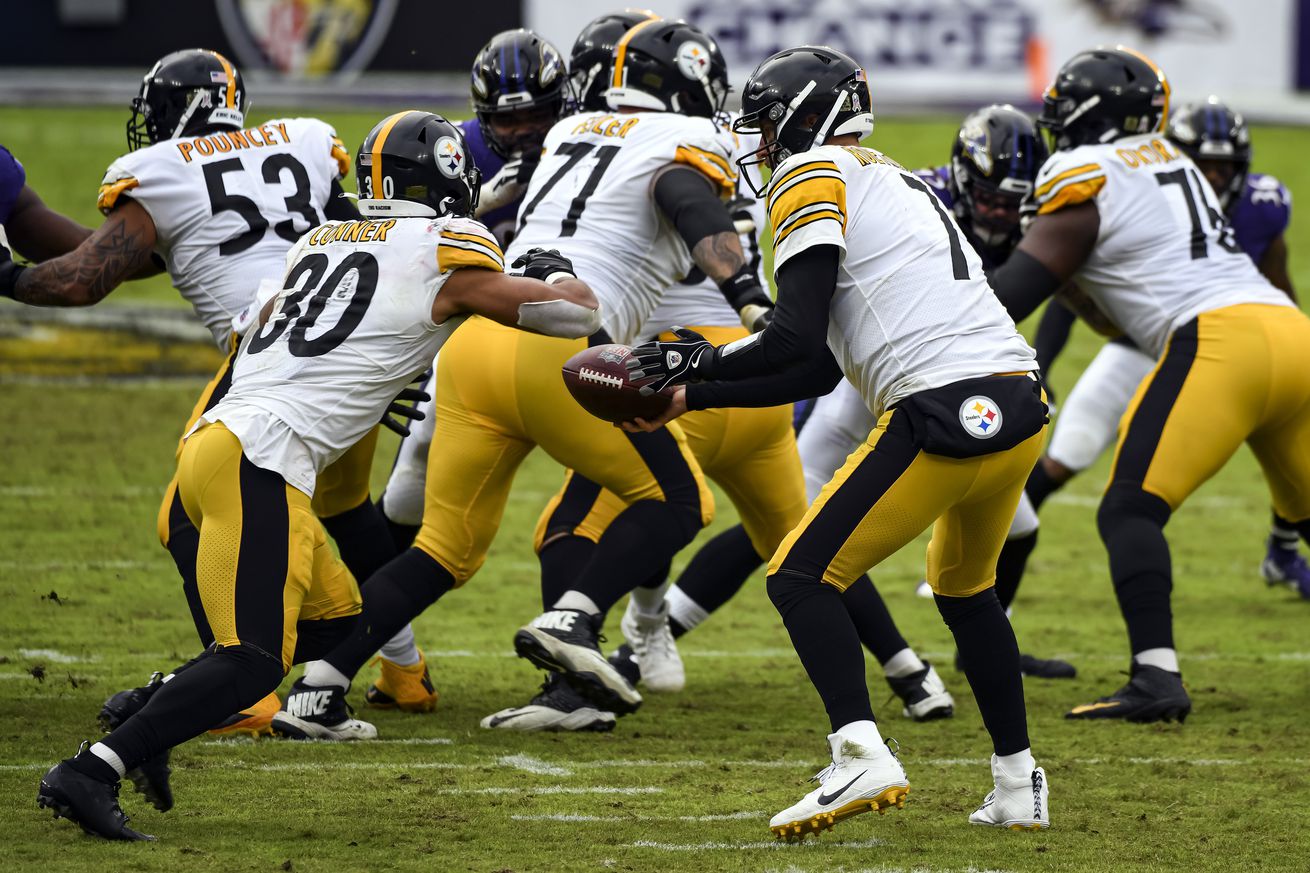 Between coming off a big win and being heavily favored, a lot of Steelers’ fans have been using the “T” word all week.

The Pittsburgh Steelers are 7-0 and heavily favored going into Dallas. Add in the fact the Steelers are coming off a big win in Baltimore against the Ravens and some of the fan base are very apprehensive about the upcoming game. Do the Steelers historically lose these kind of games?

In this installment of Crunching the Numbers, we’ll take a look at some of the numbers in regards to the Steelers being heavily favored, coming off a win against the Ravens, and traveling to Dallas.

Perhaps some of the reason fans feel a little uneasy in games in which the Steelers are favored by so much is they are only 3-7 under head coach Mike Tomlin in covering the point spread. So when the Steelers are heavily favored, they don’t usually win the game by as much as anticipated when the spread is that large.

Just for the fun of it, the Steelers have only faced an NFC opponent the week after playing the Ravens five times under Mike Tomlin. In those games, the Steelers are 4-1 with wins over the Atlanta Falcons, Seattle Seahawks, and the Carolina Panthers on two occasions. The Steelers loss to an NFC team following a game against the Ravens was in 2016 when the Steelers lost at home to the Dallas Cowboys.

Just for reference sake, the Steelers have only played six games in Dallas since the 1970 NFL-AFL merger. The Steelers have a record of 2-4 in Texas with wins coming in 1982 and 2004.

Just to throw in another fun number, not only have the Steelers won seven straight games in which they were favored by two touchdowns or more, they have also won seven straight games against quarterbacks making their first NFL start. With Garrett Gilbert set to get his NFL debut under center to begin the game against the Steelers on Sunday, both of the streaks have a chance to extend to eight.

So there are some numbers in regards to the Steelers in games were they are heavily favored, how they perform after facing the Ravens, and some history when they travel to Dallas. Based on the numbers, there could be any number of arguments for a Steelers victory or defeat. Of course, these are just fun things to discuss. Ultimately, it will come down to the team taking care of business in order to set the franchise record for consecutive wins to start a season.