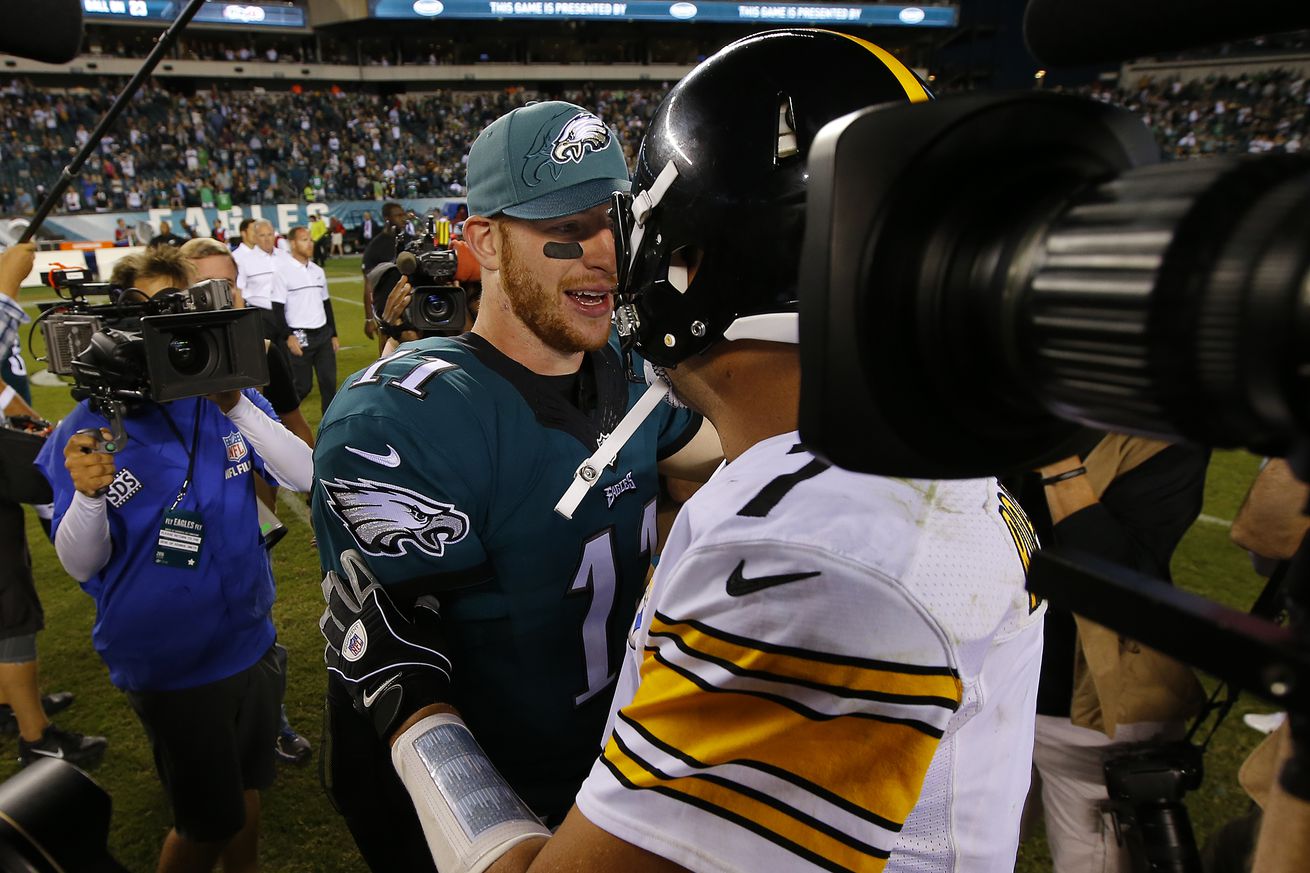 Over the last 20 seasons the Steelers will only be facing the Eagles for the fifth time, but there is still a long history between the two teams.

The Pittsburgh Steelers have started the 2020 NFL season with a record of 3-0 and are looking to push it to yet another game in the win column this Sunday against the Philadelphia Eagles. It’s a chance for the Black & Gold to get back to action after 14 days since they defeated the Houston Texans, and while their opponent in not an overly familiar one, it is one with an intriguing history.

In this installment of Crunching the Numbers, we’ll take a look at some of the statistics from the Steelers facing the the Philadelphia Eagles over the years.

Of course, the Steelers faced the Eagles many times prior to the NFL merger when the Steelers were not known for having quality football teams. But even going back to just 1970 when the NFL and AFL joined together and the Steelers joined the American Football Conference, the Steelers are only 4-8 in their 12 matchups against Philadelphia.

Recently, it’s been the home team coming out on top when the Steelers face the Eagles (excluding preseason games). The two teams have only faced each other twice in the regular season at Heinz Field with the Steelers winning both matchups. In 2004, the Steelers took down the favored and undefeated Philadelphia Eagles in Week 9 at Heinz Field by a score of 27-3. In 2012, the Steelers came off their Week 4 bye to defeat the Eagles 16–14 in Pittsburgh.

Even though the two teams have faced off 66 times, the Steelers and Eagles have only met in the postseason on one occasion. In 1947, after splitting the season series, the Steelers fell 21-0 in Philadelphia.

Even though the Steelers played the Eagles twice a year for 22 straight seasons from 1945 to 1966, there was a stretch of nine years were the two teams did not face each other. After the Steelers fell to the Eagles in Week 5 of the 1979 season by score of 17-14, they did not face Philadelphia again until Week 11 of 1988. Part of the reason the two teams did not meet was due to the cancellation of their matchup in 1982 as one of the games lost by the NFL player’s strike.

It would be a crime to discuss the history between the Steelers and the Eagles without mentioning the Steagles. In 1943, with both rosters diminished due to World War II, the Steelers and Eagles combined to form the official team “Phil-Pitt” but was more affectionately known as the “Steagles.” The Steagles finished the 1943 season with a record of 5-4-1 which placed them third in the NFL’s Eastern division.

So there are some numbers in regards to the Steelers when it comes to their history with the other team which calls Pennsylvania home. Can the Steelers continue their success against the Philadelphia at Heinz Field in their most heavily favored game between the two teams? If so, the Denver Broncos would leapfrog the Eagles to hold the Steelers worst winning percentage since the 1970 merger. More importantly, the Steelers would push their record in 2020 to 4-0 and take another step closer to returning to the postseason for the first time in three years.