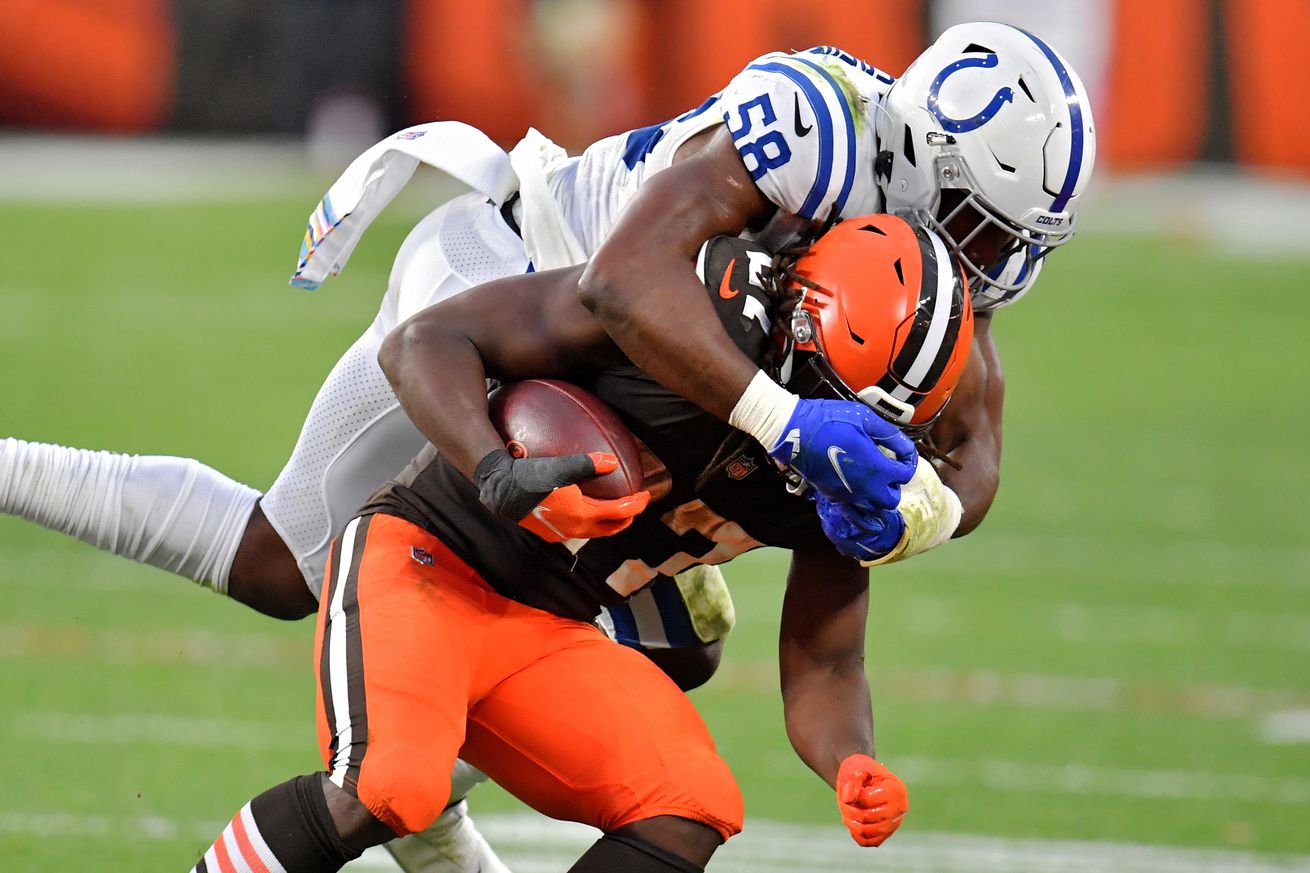 The Steelers have are one of the best at stopping the run, but the Browns top the NFL with their ground game.

The Pittsburgh Steelers have come out of the first quarter of the 2020 season with a 4-0 record. Additionally, Pittsburgh has been one of the best teams in the NFL it stopping the run. But the teams they have faced so far haven’t been tearing up the rest of the NFL either. On Sunday, the Steelers will go up against the NFL’s top rushing attack in the Cleveland Browns.

In this installment of Crunching the Numbers, we’ll take a look at some of the numbers in regards to the Browns ground game compared to the Steelers stout rushing defense.

The Cleveland Browns are leading the NFL in rushing with 188.4 yards per game. In their five contests, they’ve gone over 200 yards rushing twice with 307 rushing yards against the Dallas Cowboys in Week 4. But last week against the Indianapolis Colts, and without Nick Chubb, the Browns had their lowest rushing total of the season of 124 yards.

One thing which has really helped the Steelers defense in 2020 is their effectiveness on first down. The Steelers have only allowed an average of 1.93 yards per rushing attempt on first down in 2020. The next closest team is Tampa Bay with 2.62 yards per attempt. The only team to have a total anywhere chose to this in the last 10 years was the 2010 Steelers who only allowed 2.6 yards per carry on first down.

In five games in the 2020 season, the Cleveland Browns have 65 plays where they have rushed for 5 yards or more. This averages to 13 plays a game where they run the ball at least 5 yards. Their average was 14.25 plays per game before last week when they only had eight plays of 5 yards or more rushing against the Colts.

When it comes to the Steelers, they have only given up 18 rushing plays of 5 yards or more in 2020. This total equates to 4.5 plays per game.

So there are some numbers in regards to the Steelers and the Browns when it comes to the strength-on-strength matchup Sunday at Heinz Field. Something is going to have to give for one of these two teams as either the Steelers will surrender more rushing yards than usual or the Browns will not be nearly as effective. Even if the Steelers do give up their most rushing yards on the season, if it’s not by much they should still be in great shape to push the record to 5-0.