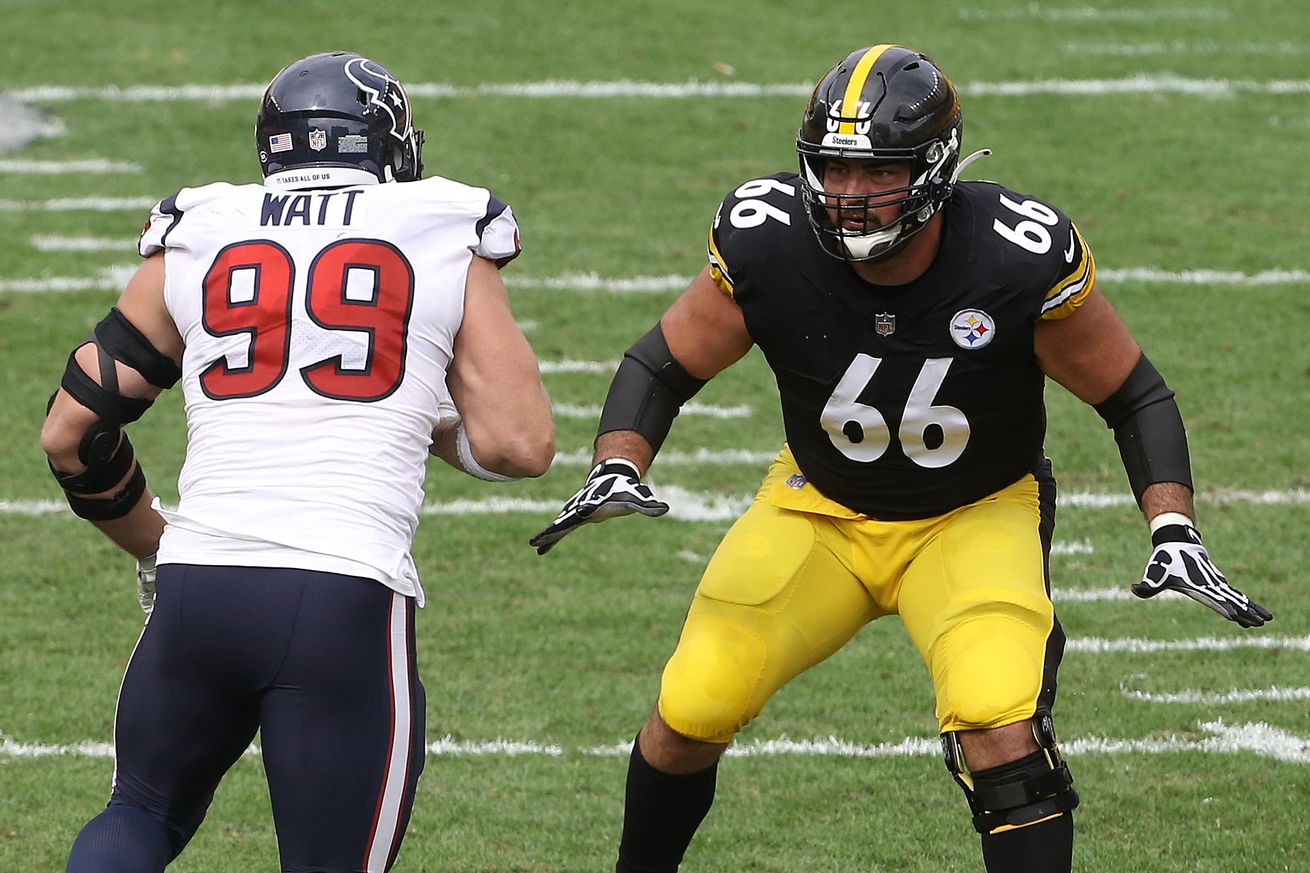 Both players have been ruled OUT for the rest of the Steelers Week 5 matchup.

A pair of offensive starters for the Pittsburgh Steelers have left their Week 5 matchup against the Philadelphia Eagles in the first quarter and are questionable to return. First, Steelers wide receiver Diontae Johnson left the game with a back injury on a punt return. Per Joe Rutter of the Pittsburgh Tribune-Review.

WR Diontae Johnson also is questionable to return with a back injury. He was hurt on the punt return following the first possession.

Johnson is still on the sidelines with his helmet at the start of the second quarter.

The other player who has left the game due to injury is All-Pro guard David DeCastro who has gone to the locker room with what is described as an abdomen injury. Per Burt Lauten of the Steelers PR Department:

#Steelers G David DeCastro has been taken to the locker room to be evaluated for an abdomen injury. His return to today’s game is questionable.

Steelers 2020 fourth-round draft pick Kevin Dotson has come into the game for DeCastro. Dotson had an impressive game in Week 2 when he played every offensive snap before DeCastro’s return to begin the season.

When Deonte Johnson left the Steelers Week 3 game against the Houston Texans, Chase Claypool saw a large increase in snaps. Through the Steelers first drive of the second quarter, Claypool already has a rushing touchdown and a receiving touchdown.

UPDATE: Both players have been ruled OUT for the game.

INJURY UPDATE: #Steelers G David DeCastro (abdomen) has been downgraded to OUT for today’s game. https://t.co/cvelqWr0FQ

INJURY UPDATE: #Steelers WR Diontae Johnson (back) has been downgraded to OUT. https://t.co/4V0OlZyCeg

Stay tuned to BTSC for all your news and updates as the Steelers take on the Philadelphia Eagles at Heinz Field.