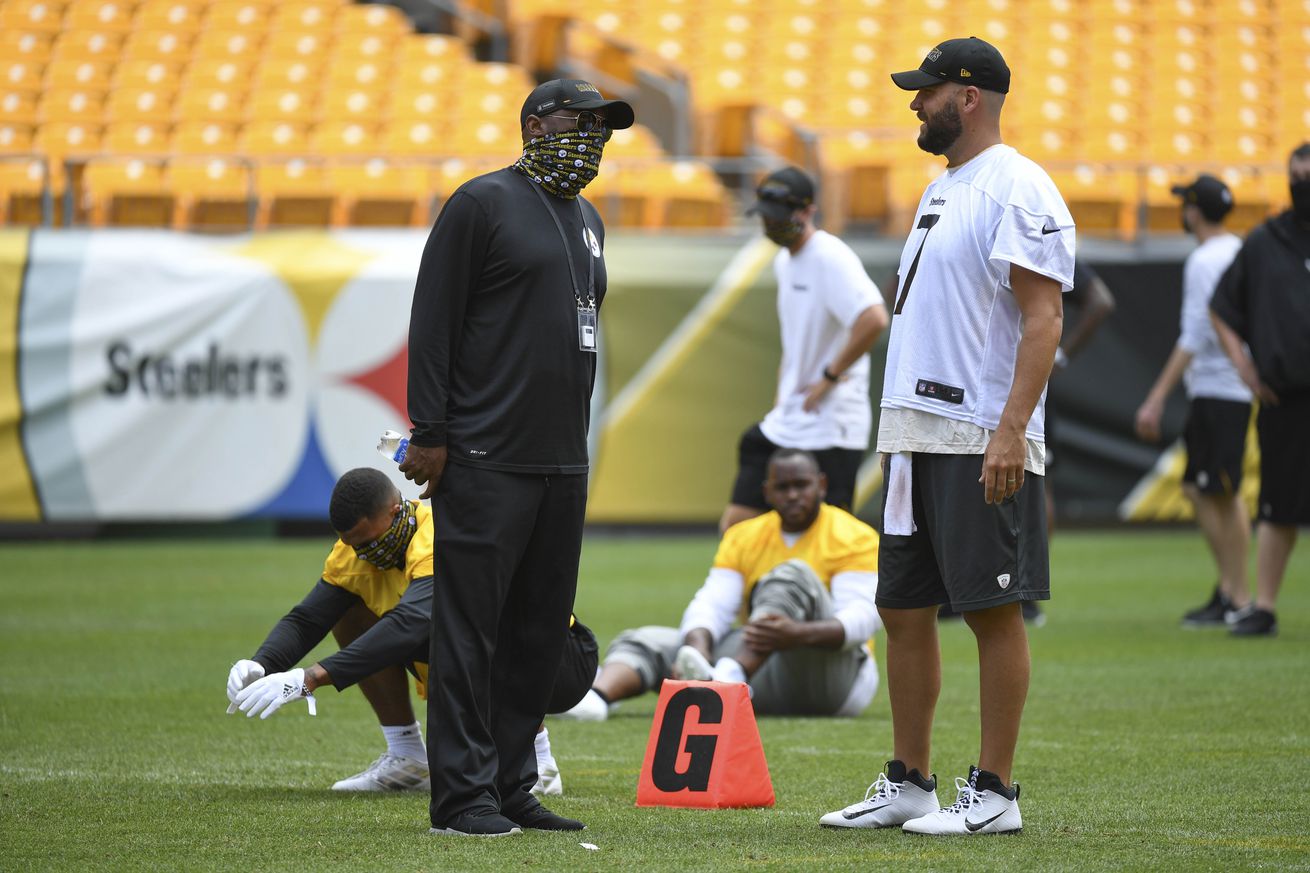 The Pittsburgh Steelers are still walking on pins and needles with Ben Roethlisberger’s surgically repaired elbow.

The Pittsburgh Steelers’ fan base is ecstatic for the upcoming 2020 regular season. The main reason why? The return of Ben Roethlisberger after his season-ending elbow surgery in Week 2 of the 2019 season.

Sure, there is that dominant defense to be pumped about, but the fan base is anxiously awaiting the return of Roethlisberger. As it turns out, the Steelers’ coaching staff shares the same anxious approach to the future Hall of Fame quarterback returning to the lineup.

Despite every medical report on Roethlisberger’s elbow being positive, the coaching staff remains vigilant, and cautious, moving forward with the franchise quarterback’s throwing elbow.

Just this week offensive coordinator Randy Fichtner met with media via Zoom call, and talked about how he handles Roethlisberger on a daily basis during, and after, practice.

“Generally, I’m always going to go up and ask him, one, “How do you feel?” You know that he’s preparing pre-practice. Then, post-practice he goes through routines also too, just physical things that he’s always been doing.” Fichtner said. “That’s been really unique to see. I like the idea that from a script standpoint and we’re attempting to get things done, he hasn’t wanted to shy away from any of those, which you may want to call “deep opportunities”, if it was to present itself. We’ve taken several.”

Would Fichtner go as far as saying he is nervous when watching Roethlisberger, thinking about the 2019 season where he had to rely on the inexperience of Mason Rudolph and Devlin Hodges?

“I’m always going to be nervous for our guys because I know how much they put into it.” Fichtner said. “In this case, you know how much he put into getting back to it. What’s interesting is we had that first evening practice, and it was a practice. We’ve been practicing. Sometimes, we have a few periods which might be a little more live than normal. I remember him coming off after the first period, and he said, “My knees were shaking”. I looked at him and said, “What?” He said, “Yeah, and there was only just the media in the stands.” It was interesting. It was the first time he had kind of officially been back. We went through that process of pregame, and it was at night.

But what about Roethlisberger? Clearly the coaching staff is still showing caution with Roethlisberger’s return, but does he feel as if he is “back”?

“It’s been feeling really good. I definitely need to give it some time to rest, that kind of one day off every so often out of general fatigue and soreness.” Roethlisberger said. “It’s amazing how fast it bounces back and feels great the next day. I feel very confident going into a regular season schedule where we get Tuesdays off, Friday is a half day, Saturday is a travel-type day. Those kind of scheduled days off throughout the regular season I think are going to be perfect.”

As it pertains to Roethlisberger’s elbow, it seems as if there hasn’t been a throw he can’t make during this preseason. In fact, he has been surprised with how his arm has responded when really testing it.

“One of the practices, I think, last week I wasn’t able to step into it, and I threw a go ball down the left sideline. It felt like when it came off my hand it was going to be short, and it ended up making it there in stride.” Roethlisberger added. “I was pleasantly surprised with how my arm strength has kind of come back to what I think maybe even a little better than it was before.”

It is natural for fans, and coaches, to be cautious. You don’t want to get your hopes up only to be let down, but the fact remains it seems all systems are go for Roethlisberger to start the year as strong as possible at this stage in his career. The next question will be what will it take for Roethlisberger to be labeled “back”? Taking a big hit? Completing his first pass? Throwing his first touchdown?

The answer to all those questions depend on the individual, but it seems as if it is safe to say the Steelers are moving forward with cautious optimism.

All systems are go…