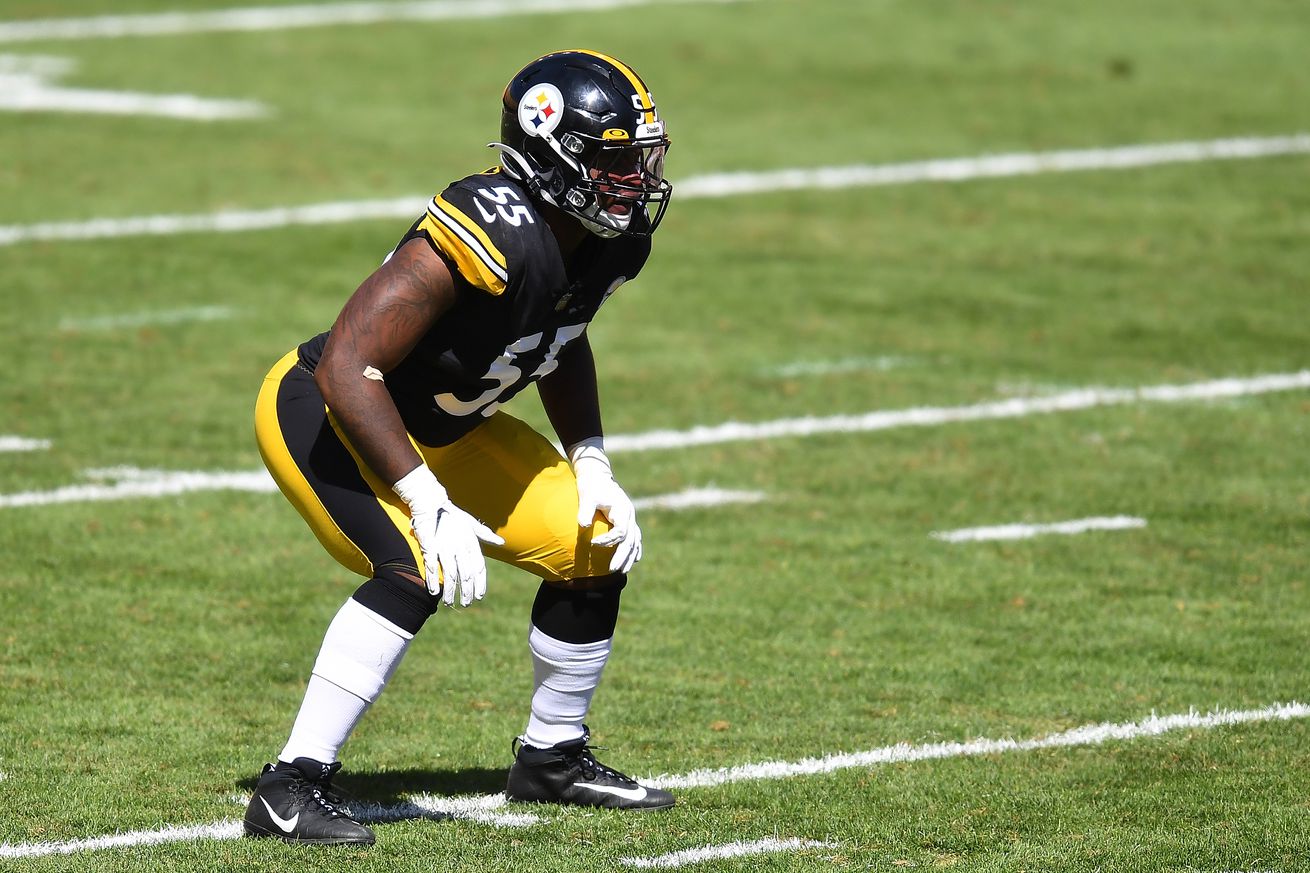 The Steelers’ Second here linebacker had to be held to the sidelines just before halftime.

Pittsburgh Steelers have come out strong on both sides of the ball. While the team was up 24-0 in the second quarter, inside linebacker Devin Bush left the game with an apparent left knee injury. He is questionable to return. This per Burt Lauten of the Steelers PR Department.

#Steelers LB Devin Bush sustained a knee injury and is being further evaluated in the locker room. He is questionable to return to today’s game.

Bush went down on the Browns’ sideline after pursuing a play in pass coverage which fell incomplete. It’s took assistance from the training staff for Bush to get back to the Steelers sidelines. He was able to walk into the locker room under his own power.

Before leaving the game, Bush had three tackles and 0.5 sacks. He was replaced by linebacker Robert Splaine.

On the ensuing drive, the Cleveland Browns scored a touchdown to bring the score to 24-7 inside the final two minute of the half.

Stay tuned to Behind The Steel Curtain for continued coverage as the Steelers take on the Cleveland Browns at Heinz Field.