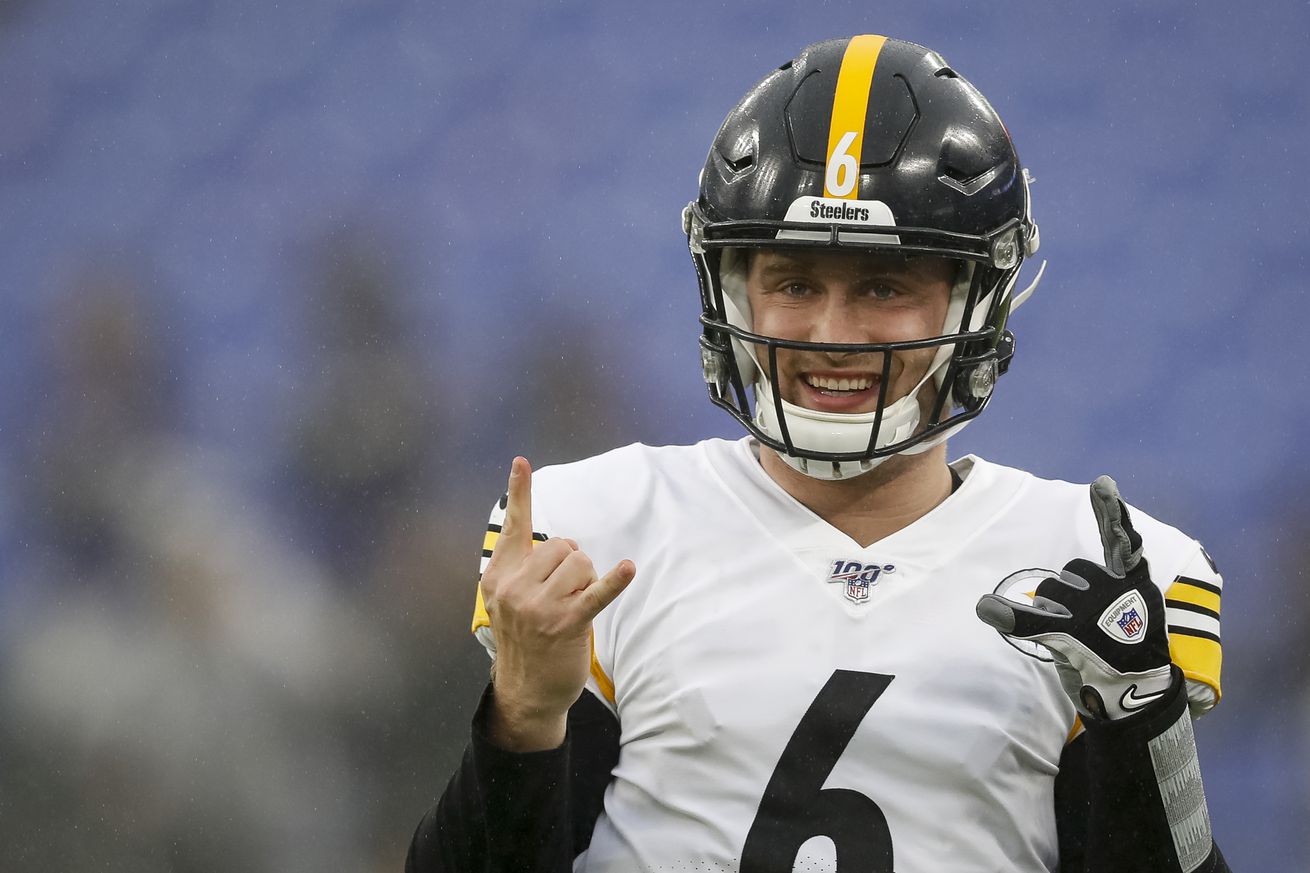 Is Hodges winning the QB3 position for the Pittsburgh Steelers outright, or is he just not making the necessary mistakes in camp to lose it?

Devlin “Duck” Hodges was one of the few feel good stories for the Pittsburgh Steelers last season. A ray of sunshine in the darkness, if you will, he offered a moment of inspiration in a season of offensive ineptitude and frustration. Hodges was a real-life Cinderella story until the clock struck midnight and Duck’s game turned back into a pumpkin.

All of Hodges’ shortcomings were revealed during the Steelers late season collapse, warts and all. He appeared to lack the prototypical size and arm strength necessary for a NFL quarterback, and he doesn’t possess the movement skills and instincts in the pocket to overcome his shortcomings.

I was all in during the Duck’s legendary rise to almost mythical status in the Steel City, but I, like so many others, crashed hard when the Duck fell from his perch. Sadly I accepted the realization that Hodges time with the Steelers would soon be coming to an end. I should have known better, because it is hard to keep a good Duck down.

If Hodges is a water fowl, then his competition for the third quarterback position, former first round selection Paxton Lynch, would be a magnificent bald eagle. Like their feathered comparisons, any battle for a roster spot should be a no contest at first glance. Lynch possesses every physical attribute you could ask for in an NFL quarterback. He was a first round-draft pick because he definitely looks the part. However, looks can be deceiving and the shortcomings in Lynch’s game are mainly from the neck up.

This is why I was so intrigued by the Steelers hiring new quarterback coach Matt Canada during the offseason. Canada has enjoyed success in years past working with the mental aspect of the quarterbacks running his offense, players far less physically talented than Paxton Lynch. If Canada could somehow help Lynch improve the cerebral parts of his game, the Steelers might have found a diamond in the rough with untapped potential. This was the dream, but the reality has been something much different.

Any ability we the fans may have to try and determine the current favorite for the QB3 position has been greatly hampered by the extremely limited information coming out of camp practices. The majority of reports covering Lynch’s daily performances have been mostly negative. One particularly devastating session happened last week, and has created a negative narrative that will be tough to overcome.

Lynch reportedly had the kind of bad day that has become the norm in his professional career. He displayed subpar accuracy and vision throughout the practice session, evidenced when he severely overthrew a wide open receiver that would have been a sure touchdown. Later in the same series he failed to see a receiver running uncovered down the seam. Everybody has a bad day from time to time, and mistakes are bound to happen, but this has become the expected rather than the exception to the rule when evaluating Lynch.

On the other hand, there have been no negative reports leaking out of camp about Devlin Hodges performances thus far at camp. Actually, there have been no reports about him at all that I am aware of. No personal interviews or comments from other players or coaches. It’s almost like he is a afterthought, just another camp body like at this stage last year.

Apparently no news is better than bad news, as most pundits have already anointed Hodges the winner of the competition. If those predictions prove accurate, then Hodges has pulled off yet another football miracle. The guy who looks like the starting quarterback at your local high school will have beaten out a guy who resembles the dictionary image of the prototypical NFL quarterback.

Nobody really knows if Lynch has shown any improvement in his ability to play the position during this training camp, outside of the individuals who’s opinions are the only ones that really matter. That would be head coach Mike Tomlin, offensive coordinator Randy Ficthner, and quarterback coach Matt Canada.

These gentlemen know exactly what they have asked of each quarterback presently on the roster individually, and whether or not those expectations have been met.

Both Lynch and Hodges have had a full, although slightly altered and highly unusual, training camp to stake their case for the third quarterback position. They battled it out on a even playing field under fair conditions.

That’s all any man can ask for truthfully, a fair and honest opportunity. May the best man, in this case quarterback, win in the end.