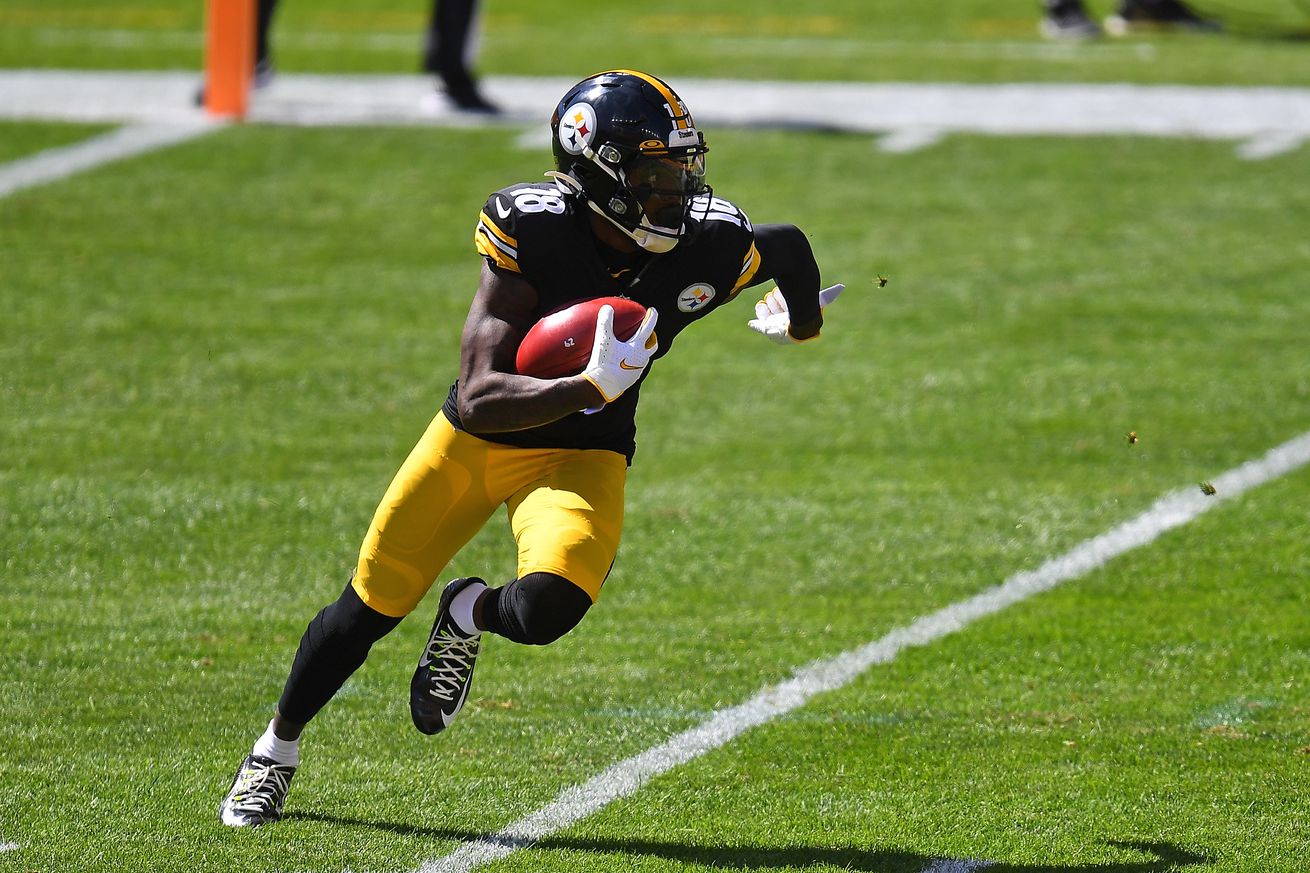 The Pittsburgh Steelers are dealing with some injuries in the first half of their Week 3 game vs. the Houston Texans.

In the second quarter of the Steelers Week 3 matchup with the Houston Texans, two key players from the Steelers offense and special teams are questionable to return. Diontae Johnson is being evaluated for a concussion after taking a hit on running an end around according to Steelers Director of Communications Burt Lauten.

#Steelers WR Diontae Johnson is being evaluated for a possible concussion. His return to today’s game is questionable.

Johnson ran an end around in the Steelers red zone on their second quarter drive which ended with an Eric Ebron touchdown. Johnson was tackled from behind which caused his head to come forward into the other waiting defender.

In the first punt return since Johnson left the game, Ray-Ray McCloud was deep for the Steelers.

The other reported injury by the Steelers is fullback Derek watt who is questionable to return with a hamstring injury according to Lauten.

#Steelers FB Derek Watt has a hamstring injury. His return is questionable to today’s game.

Thus far, Derek Watt had been featured more on offense in his third game with the Steelers. Of course, Watt also brings a large presence to the Steelers on special teams.

Stay tuned to Behind The Steel Curtain for continued updates as the Steelers take on the Houston Texans.

UPDATE: Both players have been ruled out for the remainder of the Steelers Week 3 game.