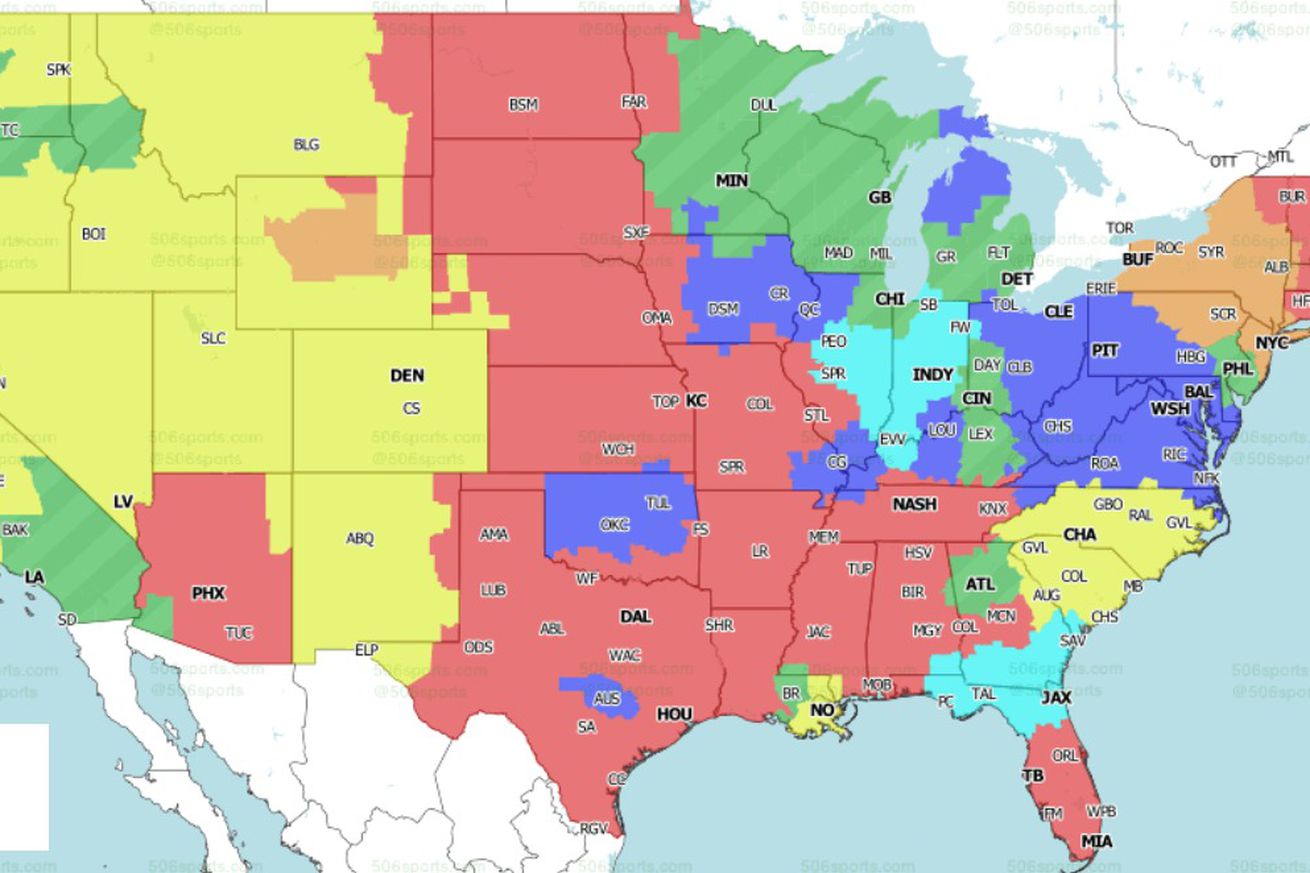 The Steelers are playing the Giants in Week 1 on Monday Night Football. Will you get to see before the showdown?

If you were like me, before I decided to sign up for the DirecTV Sunday Ticket package every week I was wondering whether I’d be able to watch my beloved Steelers in the comfort of my own home, or if I’d have to go elsewhere to watch the game.

Before there were websites devoted to this, it meant a lengthy trip on the television guide screen to see which game was scheduled to air, but now it’s just a click away.

Since anyone with standard cable will get to see the Steelers and Giants go head-to-head in Week 1, check out which games you’ll see in your local viewing area leading up to the prime time showdown.

For those who want to know which game they’ll see, check the map below, courtesy of 506 Sports:

So, how will you be watching games? At home? At a bar? Hosting a party? Either way, today is the day to get pumped!!