In the first in-person press conference in more than a year, Steelers general manager Kevin Colbert and head coach Mike Tomlin spoke candidly about the upcoming 2021 NFL draft on Monday.

Unlike the Jacksonville Jaguars’ first-round pick, the player that the Steelers plan to select — or hope to, anyway — remains a mystery. Sure, Colbert and Tomlin don’t really know which players will be there at No. 24, but they’ve played out scenarios for months.

There have been plenty of (mostly) healthy debates on whether Pittsburgh should focus on the offensive line or go rogue with a running back at No. 24. While the Steelers could always surprise us, it doesn’t sound like that first pick will be spent on a center.

2021 NFL draft: The predicament of Pittsburgh picking a center in the first round

Colbert likes the unusual depth of the center position in this year’s draft. “There usually aren’t a lot of centers in a given draft, but we feel good there are quality centers in this draft that we think are starter capable,” said Colbert in a press conference with the Pittsburgh media.

Centers aren’t the sexy position. There aren’t many kids that grow up saying, “I want to be a center!” Yet, sometimes, that’s just the spot they were born to play.

Dermontti Dawson and Mike Webster, both Hall of Fame centers, were selected No. 44 overall in the second round and No. 125 overall in the fifth round. Maurkice Pouncey, who retired in March, was was 18th overall in 2010.

I think the Steelers will take a center in round two because other than Webster, the team has not had success with drafting that position any later in the process. Between Dawson and Pouncey: A.Q. Shipley, Marvin Philip, Drew Caylor, Chukky Okobi, Kendall Gammon, Ariel Solomon. The six of them had a total of nine starts for Pittsburgh.

LOOK: Win predictions for all of the Steelers 2021 opponents 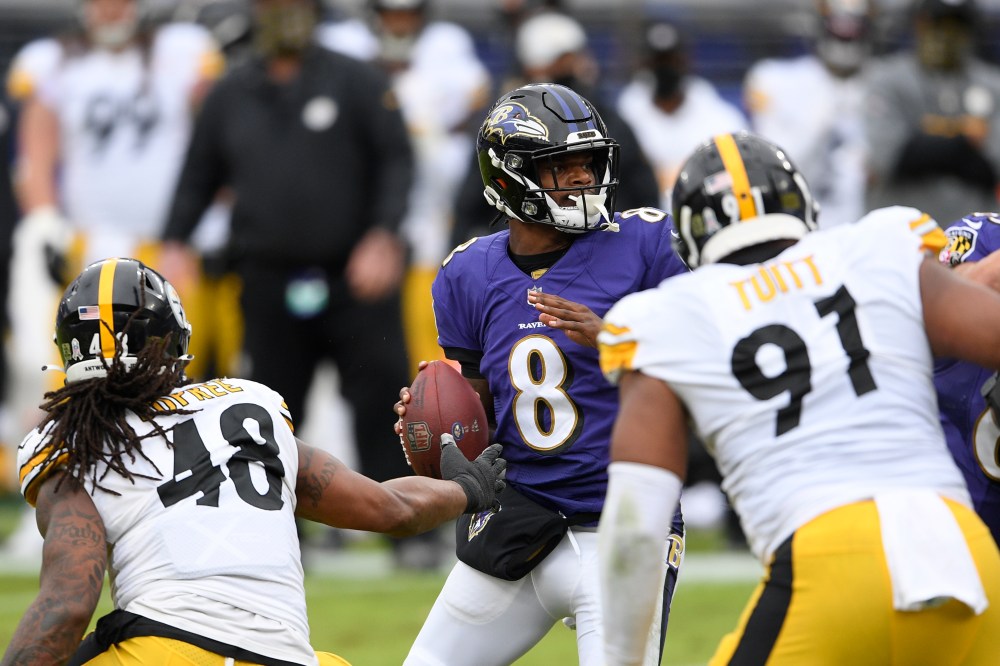 If the Steelers draft a running back, don’t expect him to be in Pittsburgh for long