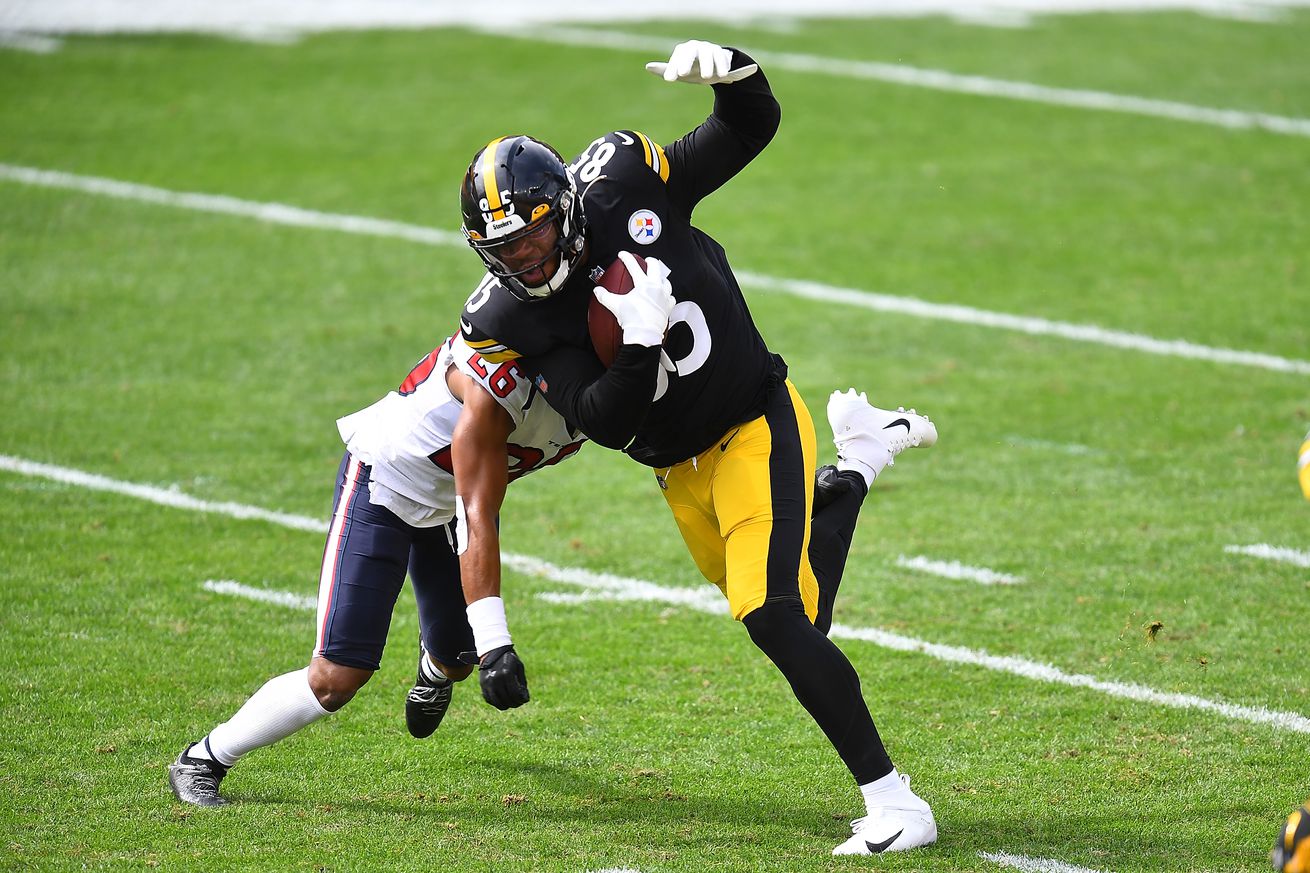 Steelers tight end, Eric Ebron recently hopped on the Adam Schefter podcast to break down his time with the Pittsburgh Steelers. The ESPN insider asked a variety of questions from how Ebron’s bye week went, to getting Ebron’s opinion of how high this team can reach in 2020.

When Schefter asked Ebron about the Steelers being forced into an early bye week after starting off 3-0, Ebron didn’t mince his words.

The hope is the Steelers can keep the momentum they had starting the season 3-0 going after the bye week, and they don’t have a much better opponent to get their footing back underneath them than the Philadelphia Eagles. The Eagles are a team dealing with a rash of injuries, especially on offense. Their banged up offensive line and sidelined perimeter players makes this a good matchup for the blitz happy Steelers defense.

But when you think about Ebron’s journey throughout the NFL, he has had some pretty high caliber quarterbacks throwing him passes. It started with Matthew Stafford with the Detroit Lions, and continued with Andrew Luck and the Indianapolis Colts.

How does Ben Roethlisberger compare to Ebron?

Ebron talked about just that, stating “It’s his chill demeanor, it’s so cool calm and collected”. On top of that, Ebron also blamed the “COVID Environment” for not being as far along chemistry wise with the Steelers quarterback. When you think about no in-person workouts for minicamps, Organized Team Activities (OTAs) and an altered training camp, it is not a surprise the chemistry is a little lagging. Nonetheless, Ebron said Roethlisberger is “starting to trust [Ebron] more.”

A lot of question marks surrounded Ebron’s usage in the first three weeks of the season; however, Ebron has started to see more targets as the weeks went on. “Offensively with Randy [Fichtner] and Ben [Roethlisberger] we are really starting to figure out where I can do a lot of damage” said Ebron.

Ebron also added, “It’s going to be one hell of a year and we are all excited”.

I think I can speak on behalf of all Steelers Nation when I say we couldn’t agree more, Eric. The 3-0 start for the Steelers, and despite the impromptu bye week, is just the beginning for the 2020 Pittsburgh Steelers.

For the full interview make sure to check out Tuesday’s addition of The Adam Schefter Podcast, and be sure to stay tuned to BTSC for the latest news and notes surrounding the black and gold as they prepare for the Philadelphia Eagles in Week 5 at Heinz Field.