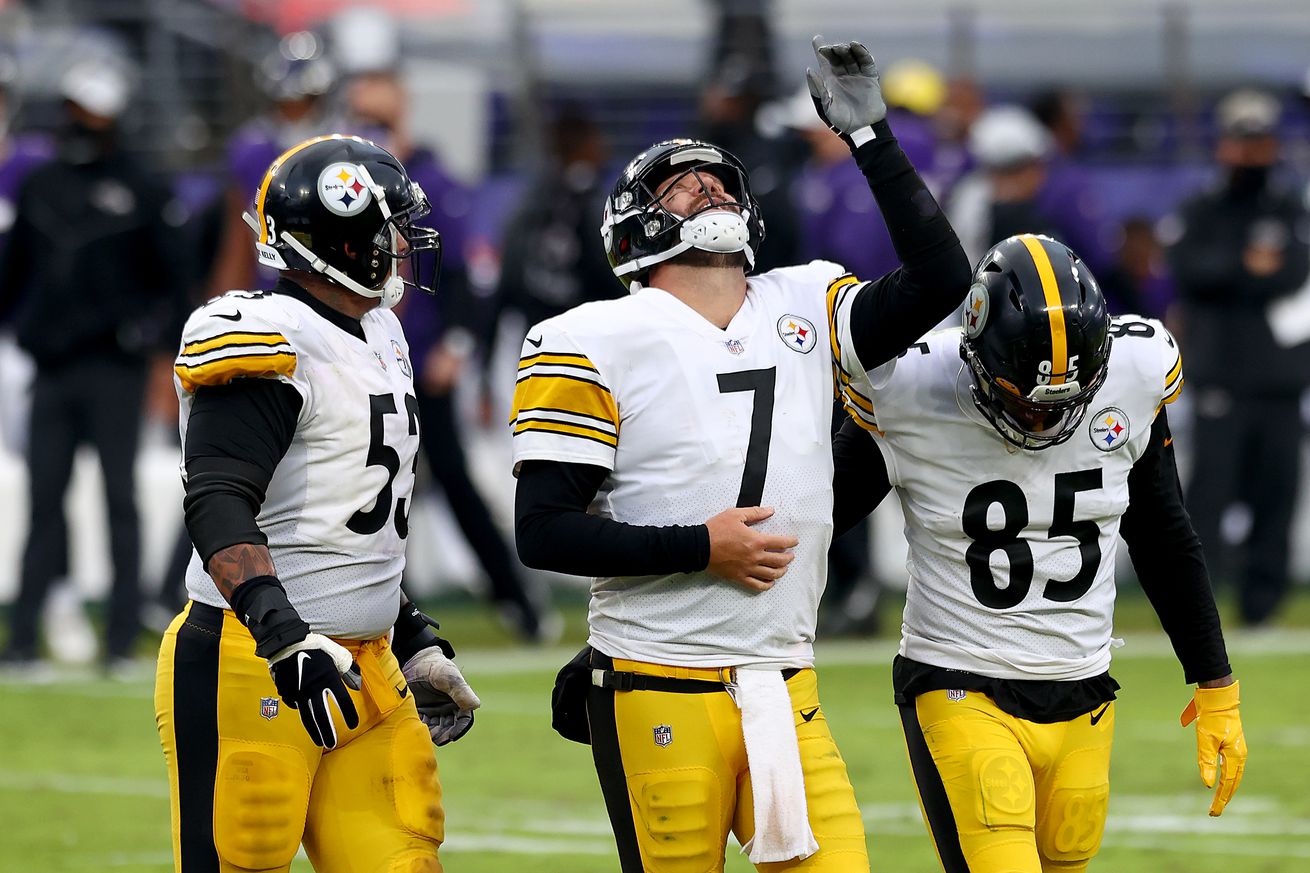 The Pittsburgh Steelers are 8-0 at the midway point of the season, but how will things end up? ESPN gives their predictions.

The Pittsburgh Steelers aren’t the only 8-win team in the NFL, the Kansas City Chiefs are 8-1 heading into their bye week, but the Steelers remain the only undefeated team left heading into Week 10 of the 2020 regular season.

Considering the Steelers are halfway through their season, everyone wants to give their predictions for what the second of the season has in store. Of course ESPN got in on the mix, and Brooke Pryor, who covers the Steelers for ESPN, delivered the goods in more ways than one.

Take a look at the recap of the first half of the season:

First half in two words: Still undefeated. The Steelers have a perfect record, but they’re doing it in imperfect fashion. Of their eight wins, five have been decided by only one score — including each of the past three games. But what matters most is that the Steelers have figured out ways to win and have made the big plays in the big moments. The Steelers have shown plenty of weaknesses in the first eight games, such as an inconsistent run game and run defense. But they’ve shown strengths, too, like an ability to fight through adversity. They’ll have to do plenty more of that to put together a second half to match the first.

Of course, there are still questions remaining for the black and gold. They are coming off two come from behind wins on the road against the Baltimore Ravens and Dallas Cowboys. But what question remains the largest and looms over the second half of the season?

Biggest question left to answer: Can the Steelers keep it up? The past three games came down to the final possession, but Pittsburgh still managed to eke out wins against two of the top teams in the NFL and a pesky underdog in the kind of head-scratching game the Steelers historically lose. To maintain a clean sheet, though, the Steelers need to show they can put together four quarters of complementary football, something they haven’t done all season. Quarterback Ben Roethlisberger is playing well, although he and the offense have been fighting through slow starts, and the usually stout defense has been affected by injuries in its run-stopping unit. Can this team stop winning ugly and play like its record?

When you look at the Steelers’ upcoming schedule, you have to wonder how long this perfect streak can last. What game coming up is the most difficult?

Which is the toughest game left? The next one. Yes, it’s coach speak, but it’s true. Though undefeated, the Steelers haven’t played well enough to look ahead at the rest of their schedule to predict tough matchups down the road. Their perfect start was almost ended by a 2-7 Cowboys team on its fourth starting quarterback. The Steelers hold a lead in their division and the AFC, but with games left against divisional opponents such as the Baltimore Ravens and another against the surging Buffalo Bills, Pittsburgh needs to win every single game to maintain its standing with Baltimore and the Kansas City Chiefs in close pursuit.

Okay, the big question on everyone’s mind is what will the Steelers’ final record be when the dust settles? And can they dethrone the Ravens as AFC North champions? With a 2.5 game edge over Baltimore, anything is possible with a rematch and 7 other games remaining in the regular season.

Final record prediction: 13-3. Without a second-half bye week, the Steelers won’t finish the season with a perfect mark, but they’ll still win the division.

The Steelers winning the division will be a huge step in the right direction, but can they lock up a bye in the new playoff format? There will be a lot of scoreboard watching in Kansas City and Pittsburgh as this very well could go down to the wire.

What do you think of the second half of the season? Do you think the Steelers will be able to step up their game and finish 13-3, or even better? Let us know in the comment section below!