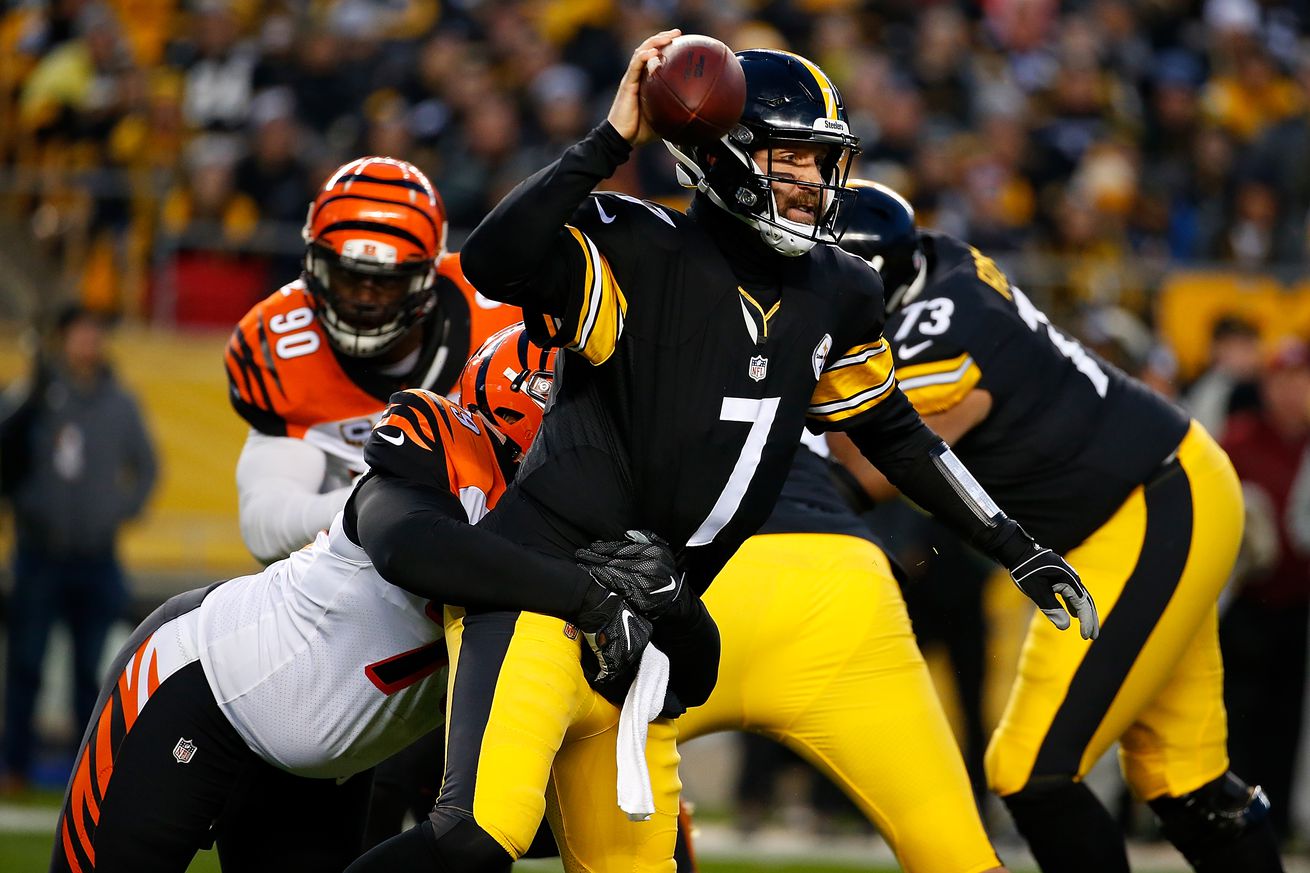 The Pittsburgh Steelers are undefeated, but some experts think the Cincinnati Bengals will be the ones to knock them off their perch in Week 10.

The Pittsburgh Steelers are 8-0 and the Cincinnati Bengals are 2-5-1 heading into the Week 10 matchup at Heinz Field. On paper, especially when looking at overall records, this should be a slam dunk win for the home team.

However, the Steelers fan base, and even some who consider themselves NFL experts, are worried with the current trajectory of the Steelers. The Steelers have had to come from behind the last two weeks to win, most notably in Week 9 vs. the lowly Dallas Cowboys, but there is more to this situation.

After Vance McDonald tested positive for COVID-19 on Monday four Steelers have gone on the COVID/Reserve List for being high risk contacts to McDonald. That usually isn’t a big deal except when one of those four players is Ben Roethlisberger.

As of now, Roethlisberger hasn’t tested positive and is slated to play at Heinz Field this Sunday, but the uncertainty of the situation certainly could have effected how some view the upcoming game.

It’s that time of the week, time to look at who the experts like in Week 10…

It is always nice to see the experts who don’t just check a box with their picks, but give a little background to their pick. CBS Sports’ Pete Prisco is one of those experts. See what he thinks about the Steelers’ next game.

The Bengals are coming off the bye, while the Steelers are home for the first time in a month. The concern for the Steelers is whether Ben Roethlisberger will play after being on the COVID-19 list. If he doesn’t, it will be Mason Rudolph. No matter who it is, the Steelers defense will be the difference. Look for a suffocating showing against Joe Burrow.

The same can be said for Will Brinson of CBS Sports as it pertains to expounding on his prediction. Shockingly, even Brinson likes the Steelers to be victorious vs. Joe Burrow and company.

Is this game getting played? It should, based on how things are progressing from a COVID standpoint. But it’s no guarantee obviously. I like a lot of points here, but I’m worried this ends up like Baltimore-Cincy, where Joe Burrow is just under siege the entire time. Pittsburgh has great pass rushers, they smash in the division, they’re coming off an ugly win against the Cowboys and people are doubting their bonafides. I’ll take the Bengals VERY reluctantly here.

The experts at the Sporting News also deliver more than just the typical winner. They, too, like the Steelers to advance their record to 9-0.

A nasty AFC North rivalry is renewed, and the Bengals are playing better around Joe Burrow. Ben Roethlisberger returned from a knee injury to lead the Steelers past Dallas. Burrow has taken 14 sacks in three division games, and Pittsburgh leads the league with four sacks per game. That’s the difference.

As for those other sites who don’t give the added information on their picks, there are three experts at ESPN who like the Bengals, and for the haters here at SB Nation there is a trio of experts who like Cincinnati to pull off the huge upset at Heinz Field.

But these are just a handful of sites who submit picks. What about the rest?

This is where our friends at NFL Pick Watch come to lend a hand. NFL Pick Watch takes all NFL expert picks across the internet and put them into an easy to read graph for fans to see. According to NFL Pick Watch, 92% of the experts are on the Steelers’ side in this AFC North matchup.

Will the Steelers be victorious? Only time will tell, but the experts certainly are leaning towards the home team in Week 10.