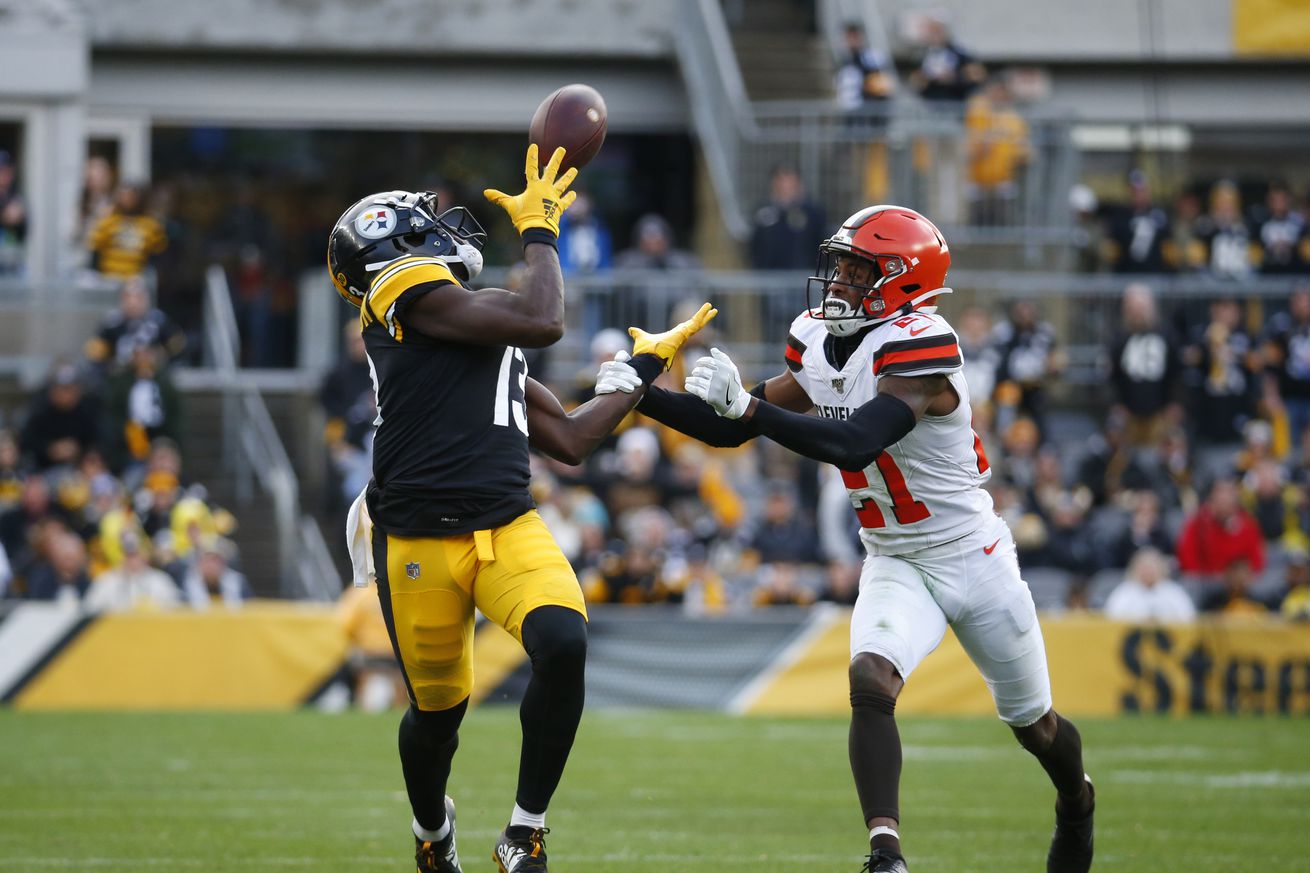 The Steelers are undefeated, and most NFL experts see them staying this way after Week 6.

The Pittsburgh Steelers and Cleveland Browns will square off against one another for an AFC North showdown at Heinz Field. The Browns are 4-1, and 1-1 within the division, are have rattled off four straight wins. In case you didn’t know, the last time the Browns were 4-1 on a season was when Bill Belichick was their coach and Nick Saban was on his staff.

On the other side of the field stand the 4-0 Steelers. They remain perfect and are coming off a Week 5 win over the Eagles, and the game Sunday at 1 p.m. ET will cap off a four game home stand before hitting the road for three straight.

The experts at ESPN are certainly leaning towards the Steelers with only two of the entire panel believing the Browns have a chance to pull off the upset. But, for all you Browns fans out there, the haters here at SB Nation are your go-to place for the anti-Steelers fan club! 7 of the 10 experts at SB Nation like the Browns to win their 5th game in a row, handing the Steelers their first loss of the season.

Some experts don’t just click a box on the screen, but give an in-depth analysis of who wins, and why with their picks. Take Pete Prisco of CBS Sports as an example. See who he likes, and why, in Week 6 at Heinz Field.

This is the game of the week. But the Browns haven’t won at Pittsburgh since 2003. Why would that change here? Cleveland is a run-heavy team that will want to control the clock, but that won’t happen in this one. The Steelers, meanwhile, will have success throwing it. Steelers take it.

The folks at the Sporting News gave their prediction for the huge AFC North showdown about to go down. Here it is:

Emotions should be high because this is the first matchup with big implications in this rivalry in a while. The Steelers’ defense showed holes in the secondary last week, and Baker Mayfield will make some big plays in the passing game. Cleveland will lead at halftime, but the Steelers will rally in the fourth quarter for another big victory at the Browns’ expense.

Regardless, these are just a handful of sites and experts who put out weekly picks. What about all the others sites who do the same thing? This is where our friends at NFL Pick Watch come in to play.

NFL Pick Watch takes all expert picks across the internet and puts it into an easy-to-read graph for fans to enjoy. According to them, 74% of the NFL experts who submit weekly picks sees the Steelers winning this game on Sunday and remaining perfect.

Will this happen? Only time will tell, but it seems almost everyone outside of SB Nation is believing the Steelers’ winning ways continue in Week 6.

Stay tuned to BTSC for the latest news and notes surrounding the black and gold as they prepare for the Browns to invade Heinz Field this Sunday.