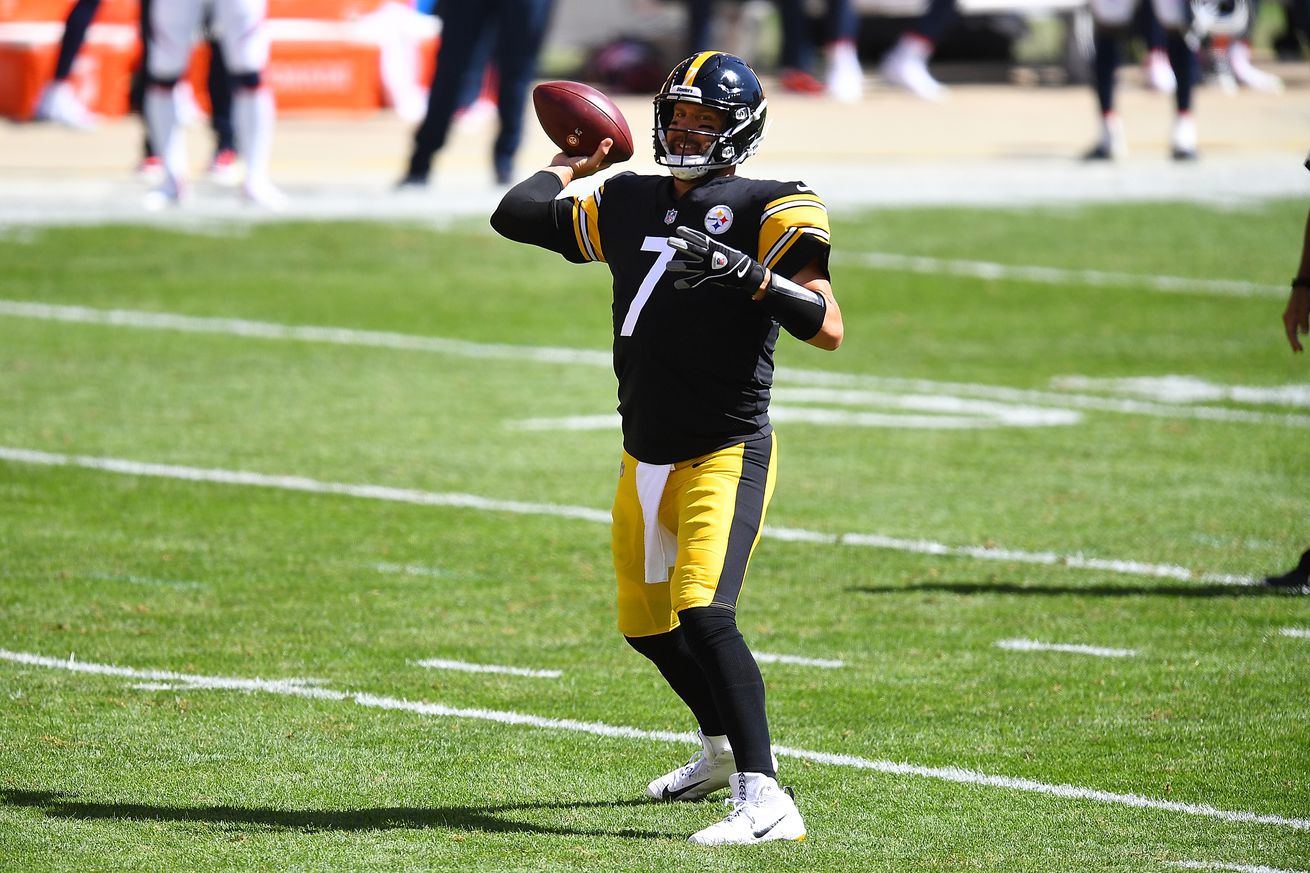 The Broncos defense tried to be clever, and got burned for a big touchdown.

Ben Roethlisberger loves tall receivers, and he loves throwing the ball deep. But Chase Claypool’s 84-yard touchdown in the second quarter against the Broncos was more about the vision and experience Roethlisberger brings to the field. This film room is going to look deeper into this play, and for that, we need to back up a bit and set the scene.

T.J. Watt and Cameron Heyward sacked Bronco quarterback Jeff Driscel to bring up 4th and 13. The Broncos punted the ball to Diontae Johnson, who returned the punt for a touchdown. That touchdown was called back on a questionable penalty to Cameron Sutton, you can see below, Sutton enters the screen from the bottom right corner.

Certainly looked like a dive for the returner, but Sutton was called for an illegal block, and instead of 6 points, the Steelers had 1st and 10 at their own 16 yard line. That’s a pretty big swing in momentum, and it could have really hurt the Steelers, except the very first play of that drive went like this.

Chase Claypool is the receiver to the top of the screen.

What you can’t see in the TV angle is the defensive alignment that told Ben Roethlisberger to make that throw before the ball was even snapped. Here’s the pre-snap alignment.

The Broncos show a 2-deep safety look, and if that was what they were running, Claypool’s route would be right into a double team. But it wasn’t, and Ben Roethlisberger knew it wasn’t. Take a look at the slot receiver, and his defender. The slot corner has moved off of JuJu Smith-Schuster and is clearly blitzing. If he is blitzing, then the safety behind him is covering Smith-Schuster, and not dropping into deep zone. This means the safety to the bottom of the screen is most likely going to be moving into the deep middle, and the only help the corner on Claypool has is going to be coming from the far side of the field.

All the Steelers quarterback has to do is read the safety right after the snap, and if he is coming up to cover Smith-Schuster’s slant, Roethlisberger has Claypool one-on-one on a deep route.

And that is exactly what happens.

Chase Claypool is the wide receiver to the top of the screen.

The slot corner blitzes, the safety comes up to cover the slot, Claypool beats his defender, and Ben Roethlisberger drops a beautiful deep ball to Chase Claypool for 84 yards of football justice.

If you watch Roethlisberger, he takes a hit right after throwing the ball. The blitz worked and the Broncos got a free runner and hit on the quarterback, but because Roethlisberger read the defense pre-snap he wasn’t looking for the right throw as pressure was coming as he already knew which throw to make.

This is the difference Ben Roethlisberger brings to the Steelers offense, and why Chase Claypool will continue to be a big weapon for this team in his rookie season.