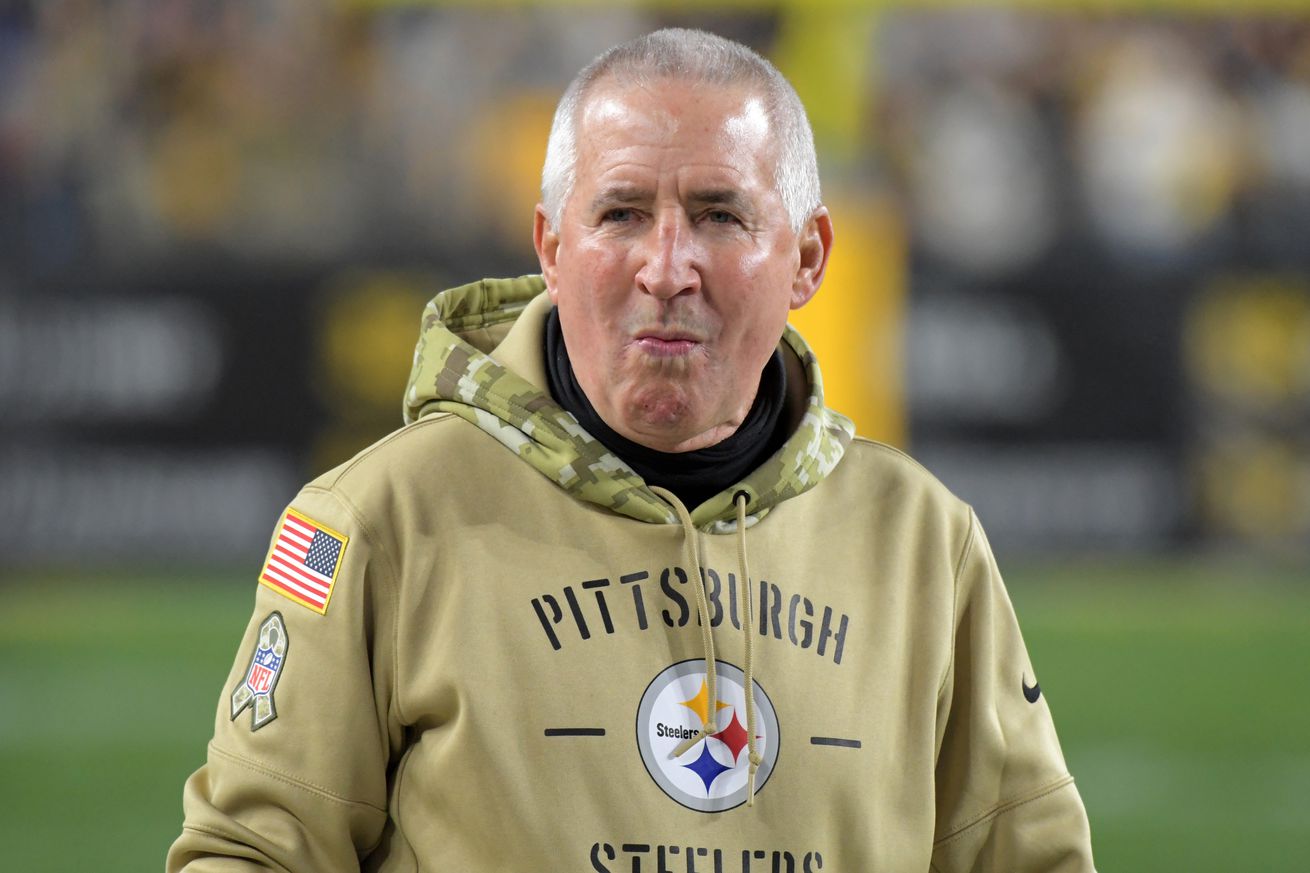 The Steelers chew gum and dominate field position in Week 10.

The Steelers special teams had a crazy rollercoaster of a day in week 9, a script worthy of a soap opera. In week 10 they came home to Heinz Field to face the Bengals on a wet field with 30 MPH winds gusting through a stadium already notorious for it’s windiness.

Danny Smith’s special teams didn’t even flinch. They came out focused and looking to make an impact from the first punt.

Your offense struggles adjusting to the wind on the first drive, that’s okay, maybe you just need a second try.

Derek Watt (welcome back!) has ahold of the runner’s legs when Olasunkanmi Adeniyi comes in with a great punch to knock the ball loose and Benny Snell finds it.

Both Adeniyi and Snell have seen their share of snaps fall off and Snell was criticized by Mike Tomlin for losing the football. They didn’t pout, they didn’t complain, they just found ways to make plays and help their team win anyway. Kudos to both for embodying a winning culture, and putting their kicker in range whether the offense was ready to go or not.

The Steelers offense would gain 9 yards and settle for a 42 yard Chris Boswell field goal.

The Steelers offense gained 27 yards on two drives, the defense hadn’t even gotten to the field yet and the Steelers had forced a turnover and taken a 3-0 lead because of their special teams.

The wind didn’t stop Boswell’s field goal, but it would mess with the ensuing kickoff.

After the wind knocked the ball off the tee, forcing the Steelers to have a player hold it in place we got this beauty of a play. The ball is carrying to screen right with the wind, and the returner can’t get a good read on it. The ball bounces off his leg into the end zone, where the returner is eventually tackled. Rookie Alex Highsmith in the moment, and plenty of Steeler fans at home thought this would be a safety, but it wasn’t.

It was the right non-call too. Here’s the NFL rulebook on Safeties: (emphasis added)

SECTION 5 – SAFETY
ARTICLE 1. SAFETY
It is a Safety:
1. if the offense commits a foul in its own end zone or;
2. when an impetus by a team sends the ball behind its own goal line, and the ball is dead in the end zone in its possession or the ball is out of bounds behind the goal line.

Impetus is the key word, the offense (in this case the return team) has to cause the ball to go into the endzone, and while the ball bounced off the returner, that bounce didn’t redirect the ball toward the end zone, the ball was heading to the end zone and was deflected to the side, and still went in the end zone. So this play ended up just being a touchback.

At the end of the 1st quarter they’d catch a kick cleanly, and actually get worse results.

You can see the coverage unit with a good spread of players covering every direction the returner can go, and they bring him down at the 19 yard line, 6 yards short of a touchback. The Bengals were struggling on offense, and tried to manufacture some yards with returns. It wouldn’t work. After the bobbled ball for a touchback the Bengals returned 3 of the next 4 kicks, returning the ball to the 21, 19 and 22 yard lines. They took the touchback on the Steelers last three kickoffs, putting the Steelers kick return team at +13 yards on the game.

At the end of the second quarter, there was a bit of a flashback to week 9, but the refs showed this crew actually knew the rule book.

The Bengals #98 gets his arm on Kameron Canaday’s back, and a flag flies. After a conversation they announce there is no foul, and there isn’t. #98 doesn’t use that arm to push off and try to jump the gap, but it is my opinion that the flag came out because of the contact, showing they were watching for a repeat from Dallas.

In the second half, the Bengals attempts to mount a comeback were repeatedly made more difficult by the field position battle that the Steelers were winning.

The Steelers offense stalls early in the second half, taking a touchback at the 25 yard line only to punt from their 27 yard line, but this Jordan Berry punt carries for 58 yards and Justin Layne arrives right on time for a big hit and a huge flip of the field, putting he Bengals in control at their own 15 yard line. A great stop by the Bengals defense ends like this, with even worse field position for their young quarterback.

That drive would gain 18 yards, and they would punt from their 33 yard line.

James Pierre does a fantastic job on this play, you can’t do that job better than he does on this play. There are some other solid blocks, and Ray-Ray McCloud returns a 42 yard punt for 8 yards to drop the net gain to 34 yards. The Steelers start their drive at the 33 yard line, winning the field position battle despite the Bengals offense outgaining them.

That’s how you keep a young quarterback cold and his offense struggling.

At the end of the third quarter the Steelers would have another stalled drive, gaining 9 yards and punting from their own 35 yard line, this time they would be punting in the direction that had been into the wind, but the wind had died down a lot by this point.

The returner keeps backing up before letting the ball go. It lands at the 10 yard line (66 yards in the air) and bounces to the 3 yard line where the Steelers down it, burying Joe Burrow and the Bengals to start the 4th quarter. Hard to start a comeback when you have to worry about not giving up a safety first.

The Steelers defense stuffed the run, and the Bengals settled for a 5 yard pass to get some room for their punter with the hopes of getting a better situation on their next drive, but that wouldn’t happen.

Lots of good blocks on this return, Justin Layne throws a big block to spring McCloud and he’s off for 42 yards on a 47 yard punt, giving the Steelers the ball 5 yards from where the Bengals punted. The Steelers scored again and a 4th quarter comeback was removed from the realm of reasonable possibilities.

In my opinion, the Steelers special teams were the best unit on the field in week 10, and they dominated the game from start to finish.