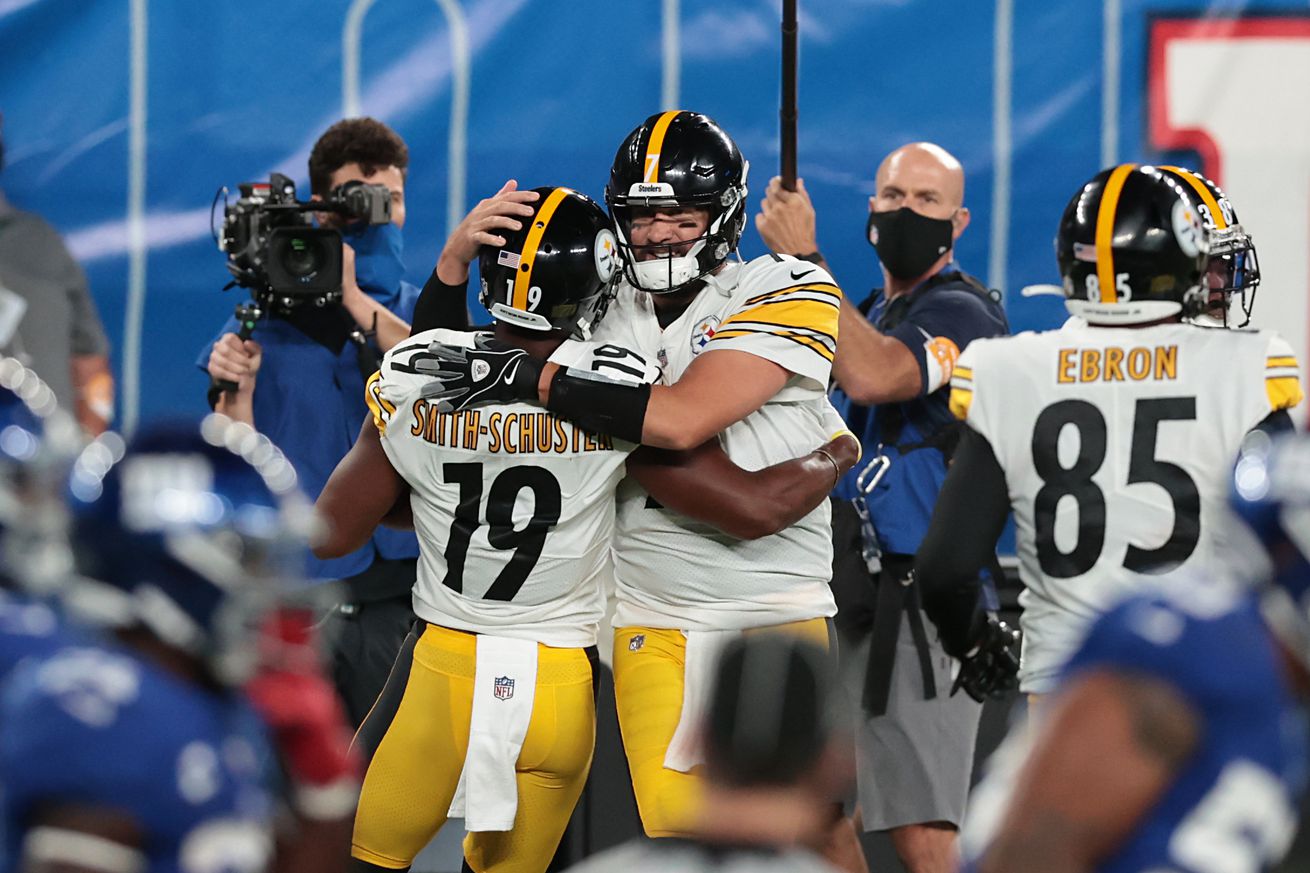 It wasn’t pretty, but the Steelers outlast the Giants on the road to start the season 1-0.

It felt like years since the last time the Pittsburgh Steelers were on the field for a regular season contest, but the time had come when the 2020 regular season began. A lot of uncertainty swirled around the NFL, and the Steelers, heading into this season, but it has started without delay.

Ben Roethlisberger and the Steelers offense was determined to put the 2019 year behind them, and prove they are equal to the dominant defense the team puts out on the field every week. The first team standing in their way of reaching their goal of a seventh Lombardi trophy? The New York Giants.

The Steelers won the coin toss, and chose to put their defense on the field and deferred to the second half. Daniel Jones and company took the field and ran the no-huddle offense to keep the defense on its heals. After the Steelers’ defense forced a New York punt Diontae Johnson botched the punt and gave the Giants the ball on the four yard line. The defense stood their ground and only allowed a Graham Gano field goal, which made the score 3-0 with 10:34 left in the first quarter.

After a predictable, and uninspiring, three-and-out, the Steelers defense found themselves right back on the field.

Pittsburgh’s defense settled in on the Giants’ next drive, and they forced a three-and-out of their own, giving Ben Roethlisberger a fresh set of downs. What followed was a 59-yard drive featured by a big pass play to Chase Claypool down the right sideline which put the offense in field goal range.

Chris Boswell was eventually called on to hit a 41-yard field goal, and he did just that to make the score 3-3 at the end of the first quarter.

The second quarter started with the Giants’ offense taking the ball and getting two quick first downs to start their third drive of the game. After a questionable pass interference call on Joe Haden, Daniel Jones hit Darrius Slayton down the seam for the first touchdown of the game. Gano’s extra point made it 10-3 with 13:45 left in the second quarter.

Pittsburgh’s offense continued to struggle, and were unable to even gain a first down with their first possession of the second quarter.

On the Giants’ next play from scrimmage Daniel Jones was intercepted by T.J. Watt, putting the Pittsburgh offense in prime real estate to cut into the New York lead.

Told ya he meant business

Roethlisberger settled in and had big completions to Eric Ebron, and a touchdown pass to JuJu Smith-Schuster. However, Chris Boswell’s point-after hit off the right upright and made the score 10-9 with 9:01 left in the half.

After the Giants failed to add to their slim lead, the Steelers offense moved the wrong way before sending the ball back to Jones and company prior to the two-minute warning. Getting the ball back with 1:32 left in the half, the Steelers drove down the field and faced a 1st and 10 on the 13 yard line with 14 seconds left in the half. With one timeout remaining, Roethlisberger hit James Washington over the middle and the third year receiver fought his way over the goal line for the score.

Boswell nailed the point-after to make the score 16-10 heading into halftime.

The Steelers received the football to start the second half, and after a nice kickoff return by Ray-Ray McCloud set up the offense with great field position, a field-flipping drive was all Roethlisberger and company could muster before Dustin Colquitt was called on once again to punt.

What Jones and the Giants’ offense did next was nothing short of amazing. Converting every third down they saw on a 19-play drive and getting set up nicely in the red-zone. However, the third down magic didn’t last when Jones was flushed out of the pocket on third down and Bud Dupree hit his arm while trying to throw. The wounded duck ended up in the hands of Cam Heyward and resulted in a touchback.

Randy Fichtner’s offense started to shows signs of life off the turnover, big plays by Smith-Schuster, Benny Snell Jr. and Dionate Johnson got the offense quickly into New York territory. The 62-yard, 9 play drive ended in another Boswell field goal, this from 36 yards, making the score 19-10.

A Mike Hilton sack on third down gave the ball right back to Pittsburgh, and the offense was able to put together an impressive drive deep into New York territory. Huge gains by Benny Snell put the Steelers in field goal territory, but they weren’t satisfied with just three points. Roethlisberger hit Smith-Schuster for his second touchdown of the night.

The Boswell point-after made the score 26-10.

New York turned to their no-huddle offense to try and put a dent into the score, and they did so with another Jones touchdown pass to Slayton. Joe Judge decided to go for the two-point conversion, but it failed making the score 26-16 with 1:51 left in the fourth quarter.

It only took a first down to end the game, and the Steelers did that via a Chase Claypool run. The win moves the record to 1-0.

The Steelers return back to Heinz Field in Week 2 as they host the Denver Broncos. Be sure to stay tuned to BTSC for the latest news and notes surrounding the black-and-gold.